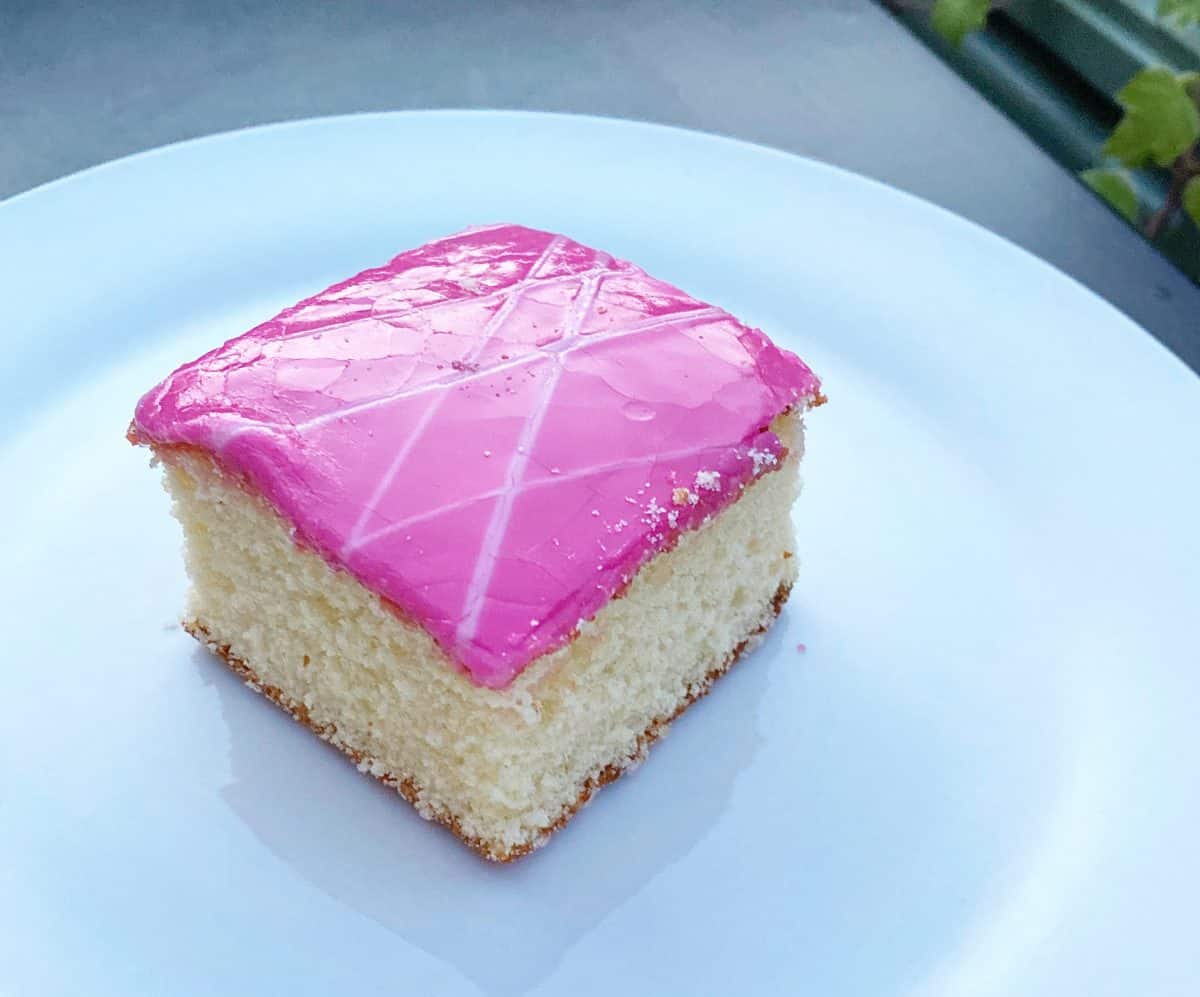 An iconic London dish, Tottenham cake was invented by Quakers who lived in north London, having moved away from the distractions of the inner city. First sold by Quaker Henry Chalkley, from 1901, Tottenham cake was available for one old penny per cube, with smaller, misshapen offcuts available for half the price. What’s most notable about the cake is its lurid pink icing. A colour reminiscent of the Elephant & Castle Shopping Centre during the mid 1990s, the distinctive pink icing originated from mulberries being used in the icing, picked from the grounds of the Meeting House of the Tottenham Friends (Quakers) on Tottenham High Road.

As well as being accessibly priced, Tottenham Cake reflects typical Quaker values of simplicity and equality in some ways. The cake requires just a small amount of ingredients, baked in trays which makes it easy to cut into many portions, to be shared. When Tottenham Hotspur Football Club won the FA Cup for the first time, also in 1901, the cake was even distributed to local children for free, in celebration of the Spurs’ historic win.

Once considered “a peculiar invention” of north London, Tottenham cake is now available nationwide, still made by local Quakers, plus national high street bakery chains. Of the readily available options, Percy Ingle’s Tottenham cake recipe was arguably the best, and certainly the most famous. After 66 years of serving London and Essex communities, the bakery has closed its entire network of bakeries over the past year, taking their beloved baked goods away from the high streets. Another devastating blow in working class London’s fight against gentrification.

Celebrating the Percy Ingle version with its lurid pink icing, this straightforward Tottenham Cake recipe bakes in just 35 minutes, featuring sponge spiked with orange zest and vanilla extract. The icing, on the other hand, uses traditional mulberries, but raspberries can be used as a more than worthy substitute if mulberries are unavailable. 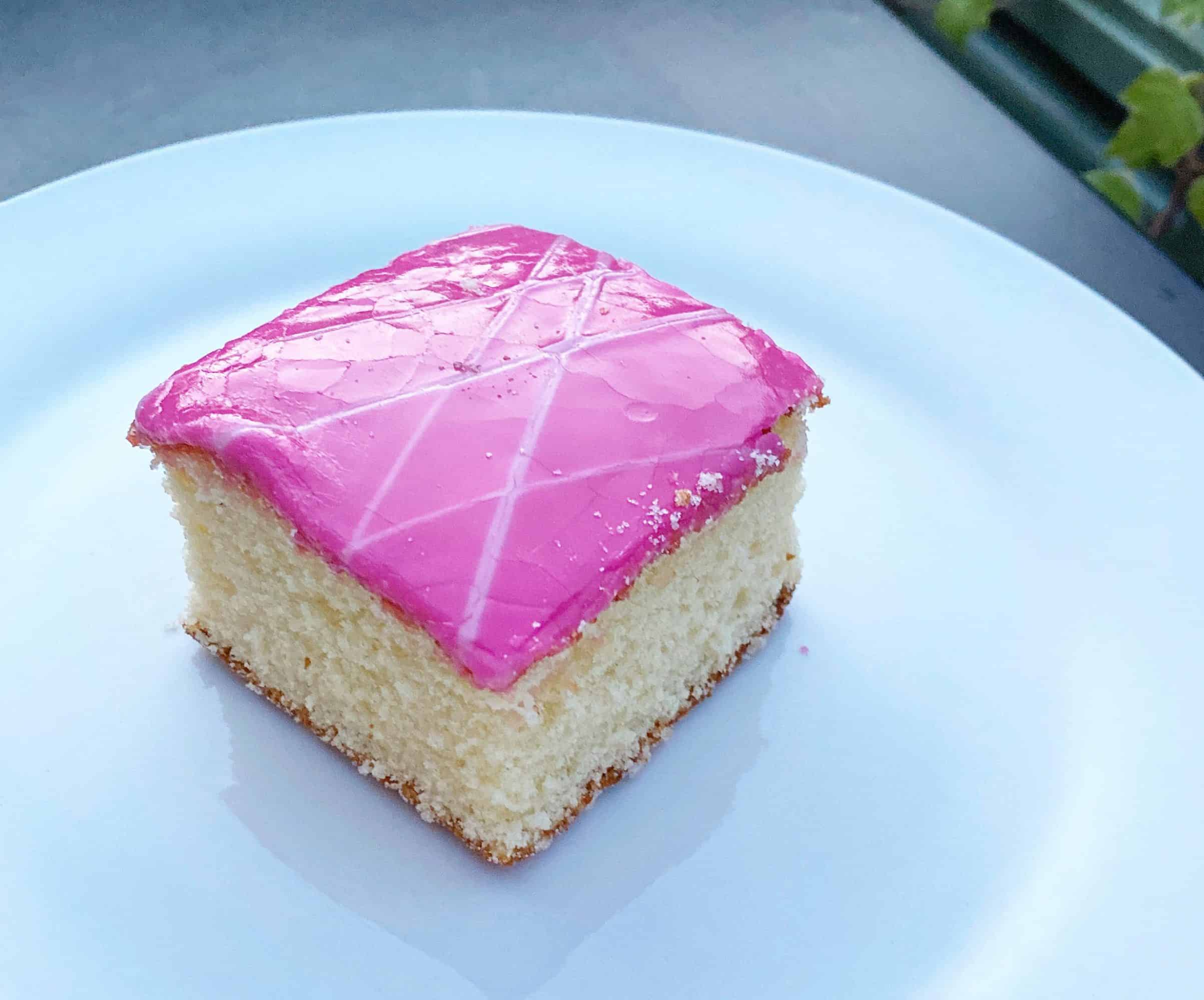 RELATED: How To Make: After Dinner Mint Cupcakes