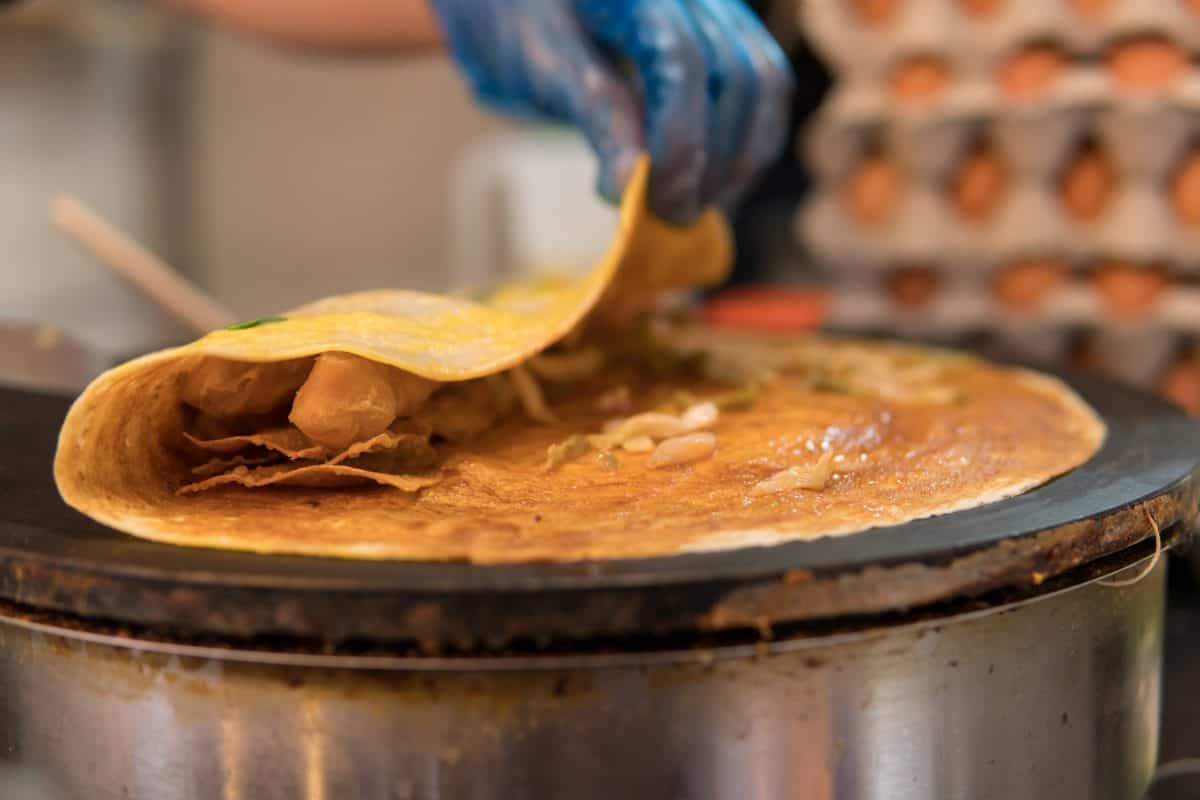 Believed to date back to the Three Kingdoms period (AD 220–280), jianbing is said to have originated when Zhuge Liang, Liu Bei’s chancellor in Shandong Province, encountered the problem of feeding his army who had lost their woks. As a result, the cooks were ordered to mix water with wheat flour, and to spread the dough onto flat griddles suspended over fire. The jianbing has since been passed down through generations of people from the Shandong province.

Traditionally, jianbing is particularly popular as a breakfast dish, served in the early hours. Almost every metropolitan neighbourhood in China has a jianbing vendor, which quickly attracts long queues, as the jianbing are freshly cooked to order. Although synonymous with breakfast, it’s also an ideal snack for any time of day – substantial, inexpensive, and easy to eat on-the-go.

Described as falling somewhere between a crepe and a dosa, jianbing are typically made with batter that’s spread thin, a beaten egg, fresh herbs, pickles, dried chilli, sweet and spicy sauces, and a selection of customisable toppings – most popular of which features a crispy shard of fried wonton skin.

This jianbing recipe from Chinese Tapas House is simple to make at home, with the wheat and mung bean flour batter cooked in a circular pan, then flipped and slathered with sweet bean (Tianmian) and chilli sauces, topped with Frankfurter sausages and spring onions. It’s also worth adding an extra egg (to be cooked on the inside, before adding the sauce), a fried wonton wrapper, or sticks of fried bread for additional crunch. 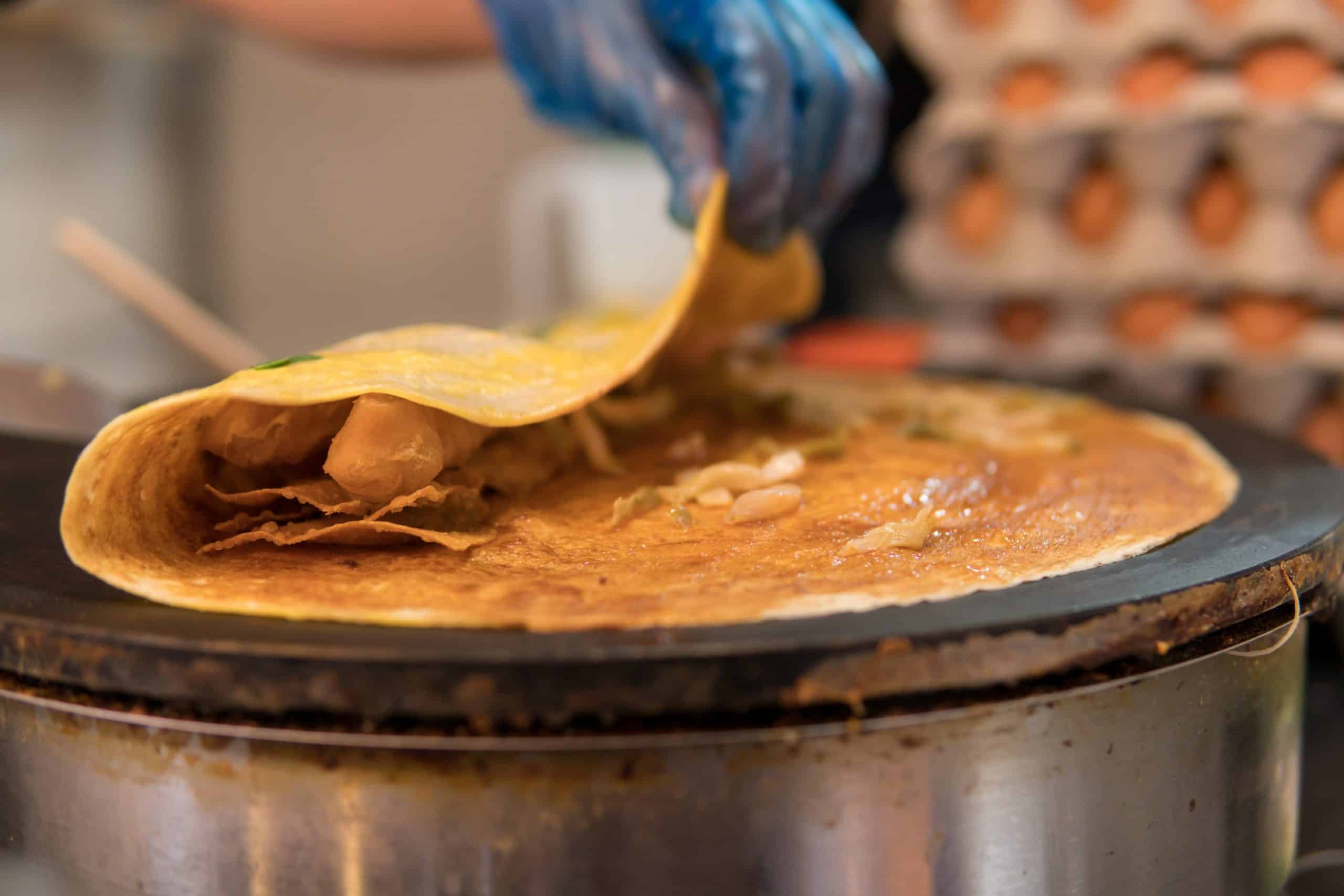