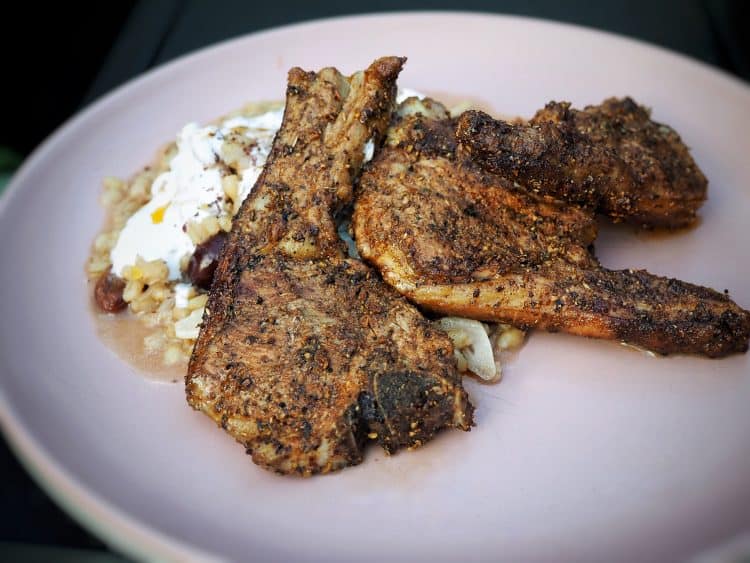 Given its distinctive taste derived mainly from its branched-chain fatty acids, lamb works particularly well alongside a wide range of herbs and spices. With lamb having been raised in the Middle East for over 9,000 years, it’s hardly surprising that it’s become such a staple of Middle-Eastern and Eastern-Mediterranean cooking given its versatility. This particular recipe prizes lamb chops, cheaper than rack of lamb and with a perfect ratio of fat and flesh, rubbed with a blend of spices typically used in Eastern-Mediterranean and Levantine cuisine.

This recipe calls for the lamb chops to be rubbed with a blend of cumin seeds, black peppercorns, coriander seeds, fennel seeds, sesame seeds, sumac, oregano, smoked paprika, cinnamon, and pul biber. Also known as Aleppo pepper, pul biber is a type of coarsely ground, de-seeded chilli pod, particularly popular in Middle Eastern and Mediterranean cuisine. It’s even the third most common seasoning used in Turkey, after salt and pepper. Although less common than standard chilli flakes in the UK, pul biber is available from some national supermarkets and from most Turkish, Cypriot, or European supermarkets, as well as from specialist retailers and online. If you haven’t already got a jar in the cupboard, I’d recommend doing all you can to get hold of some as it’s guaranteed to become a store cupboard staple in place of chilli flakes. Regular chilli flakes can be used as a reasonable substitution, however.

When it comes to marinading lamb, it’s important to avoid overdoing it, as marinading can cause the proteins to break down, resulting in a mealy, unpleasant texture. 20 minutes should be set as an upper limit, but personally I’d apply the spice rub to the chops as close to cooking as possible. The lamb will also cook far more evenly from room temperature – ideally removed from the fridge around 30 minutes of an hour before cooking, dependent on the size of the cut you’re using. For lamb chops, 30 minutes is plenty.

This dish is also accompanied by pearl barley cooked in a similar style to risotto, but without requiring as much energy. Start by sweating shallots before adding the pearl barley, dried cherries, and water to the pan. Once simmering it can be stirred occasionally while you prepare and cook the lamb chops. The pearl barley ‘risotto’ is then finished with a drizzle of yoghurt and lashings of butter quickly infused with pul biber. I’d also recommend serving with flat bread, to soak up all the juices from the pearl barley and the perfectly cooked lamb chops. 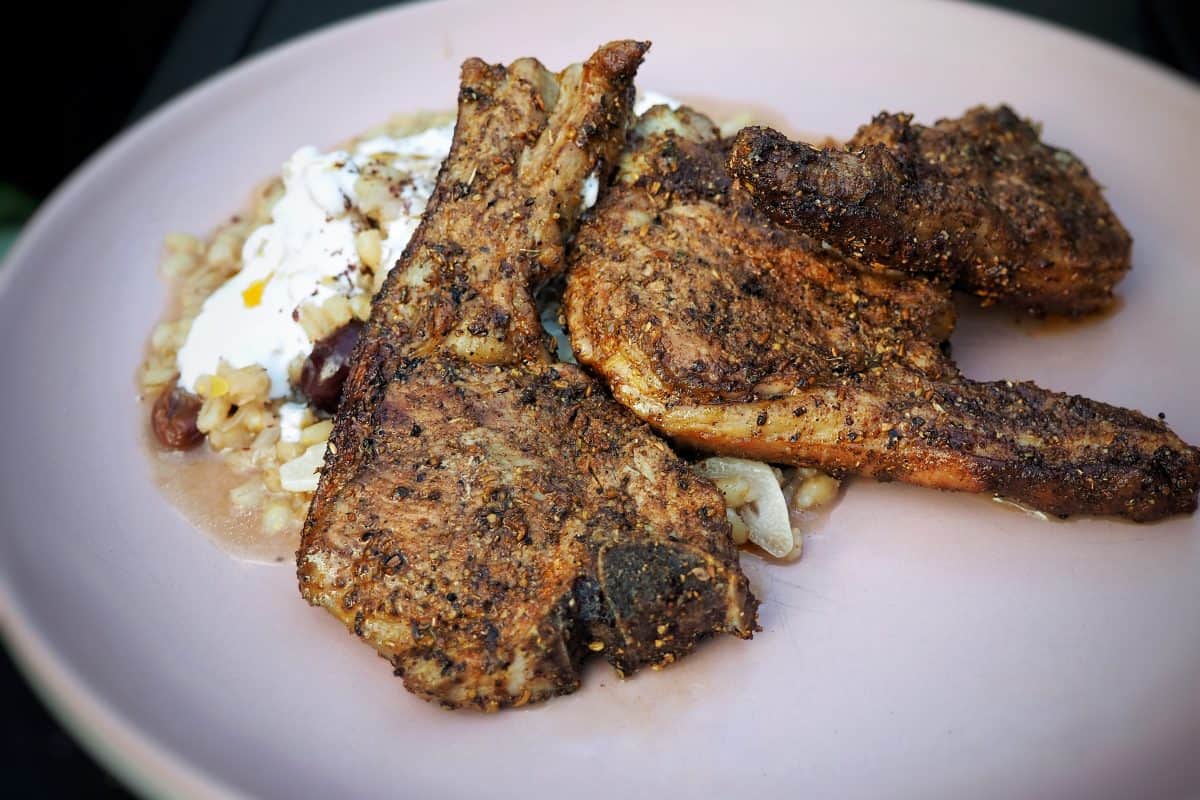 RELATED: How To Make: The Perfect Tomahawk Steak