One of the world’s most popular Italian dishes. 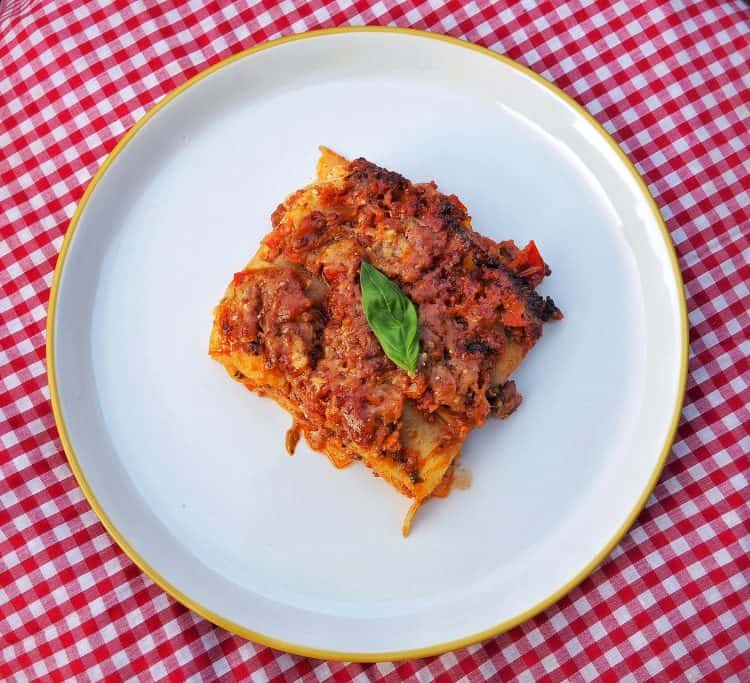 According to a YouGov survey, lasagne (or lasagna as its often known in certain dialects) is the UK’s second most popular Italian dish, closely following garlic bread. It’s also the nation’s seventh most popular dish, after chips, full English breakfast, roast chicken, fish and chips, garlic bread, and mashed potatoes.

Largely believed to have originated in Naples during the Middle Ages, lasagne has evolved significantly over the past 600 years. With the first recipe found in an early 14th-century cookbook (Liber de Coquina), the dish bore a slight resemblance to lasagne as it’s known today, but featured flattened fermented dough sprinkled with cheese and spices. Tomato didn’t appear in a lasagne recipe until the 1880s, also in Naples, while the use of layered pasta sheets is said to have been introduced by Francesco Zambrini from Bologna, in the 19th century.

Today, the traditional lasagne of Naples – lasagne di carnevale – is layered with sausage, small meatballs, hard-boiled eggs, ricotta, and mozzarella, sauced with Neapolitan ragù. A version of lasagne is also popular in Emilia-Romagna (lasagna alla Bolognese), with cities such as Bologna serving a variation of the dish which typically uses a meat-based ragù, béchamel sauce, and pasta sheets coloured with spinach.

With the dish’s popularity having stretched far beyond Italy, the most common lasagne served in the UK is generally a bastardised version of the Neapolitan version and that from Emilia-Romagna. Instead of using béchamel, this lasagne recipe favours three different cheeses and a ragù cooked for three-to-four hours, featuring a holy trinity of beef mince, veal mince, and sweet Italian pork sausage, or pork mince at a push. (If you can’t get hold of sweet Italian sausages, this recipe will work as a good alternative). Said ragù is layered with pasta sheets, ricotta, fresh mozzarella slices, and a good amount of Parmigiano Reggiano. While the sauce takes a long time to prepare, the result is an absolute triumph and will work as a great base for an absolutely perfect lasagne. Any leftover sauce also works well in pasta bakes or gently reheated and served with pasta as an alternative to Bolognese. 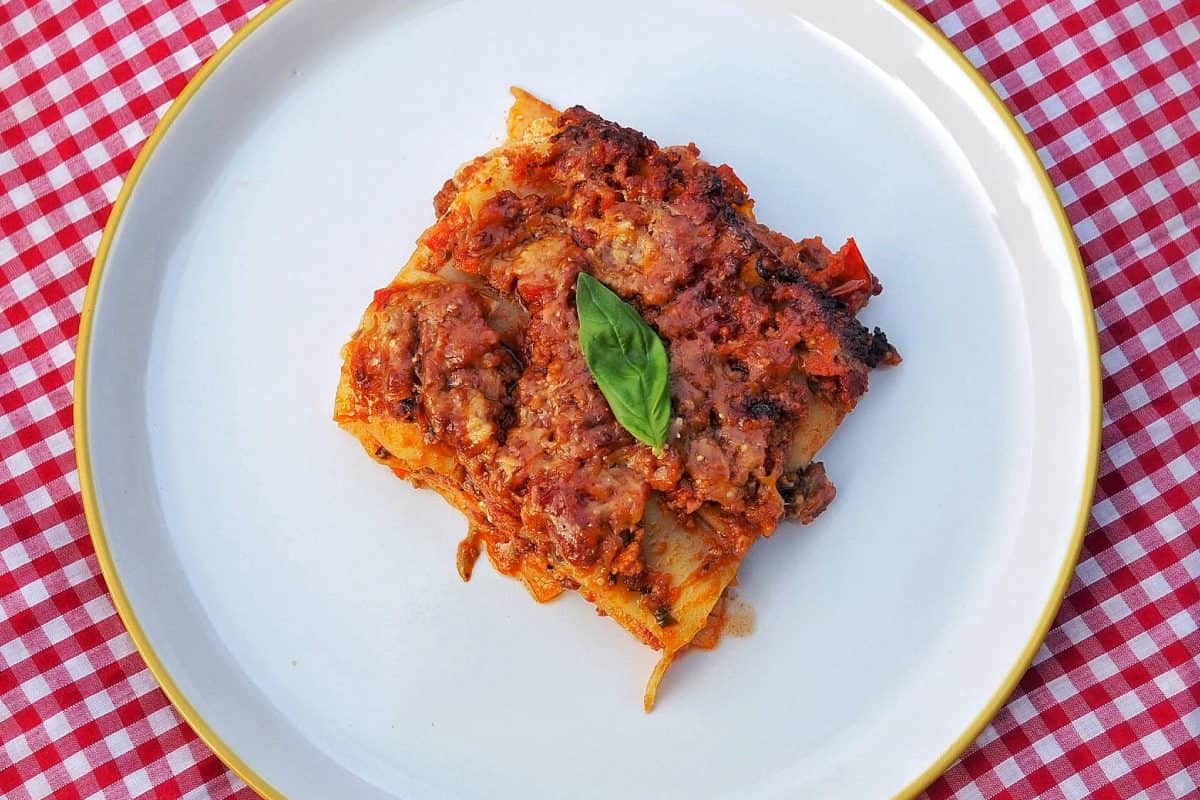