A play on the traditional Burns Night supper of haggis, neeps and tatties. 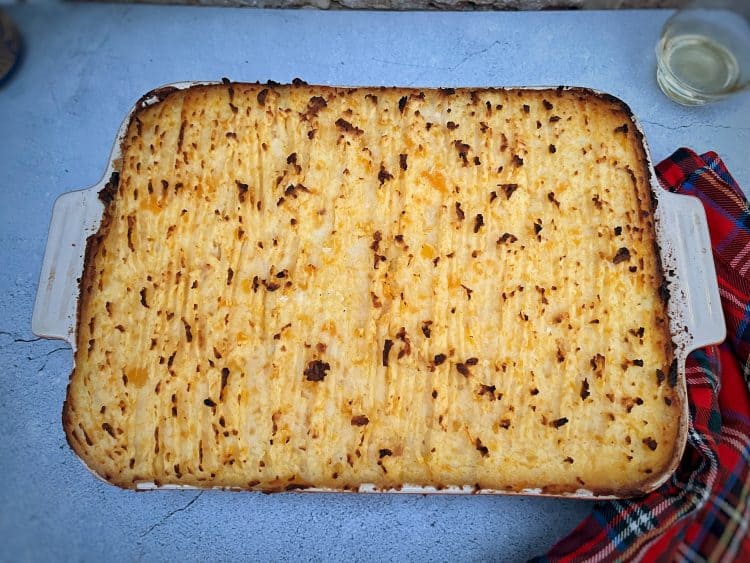 A play on the traditional Scottish dish of haggis, neeps and tatties, this haggis shepherd’s pie recipe combines the three key components, including a slow-cooked haggis filling in rich gravy, and a combination of mashed swede (neeps) and potato (tatties) for the topping.

Often described as a ‘savoury pudding’, haggis is Scotland’s national dish as a result of Robert Burns’ poem Address to a Haggis, written in 1786, which begins, “Fair fa’ your honest, sonsie face, Great chieftain o’ the puddin-race!”

The dish is also traditionally eaten on Burns Night, as part of the Burns supper, typically eaten on or around 25th January, the Birthday of Scotland’s national poet. During Burns’ life, haggis was a common dish of the poor, both nourishing and inexpensive – making use of leftover parts of the sheep, which would otherwise be discarded.

Born from necessity, as a way of using inexpensive cuts of meat, the dish is believed to date back almost 600 years, with dishes such as haggis initially invented as a means of cooking quick-spoiling offal near the site of a hunt, without the need to carry an additional vessel.

While the ingredients and preparation don’t sound particularly appealing, haggis is a delicious dish with amiable texture, which may come as a surprise to the offal-phobic. Sheep’s pluck – a mixture of heart, liver and lungs – is typically combined with onion, oatmeal, suet, spices, and salt, then mixed with stock and encased in the animal’s stomach. Today, most of the haggis found in supermarkets will have an artificial casing, though it’s worth aiming to buy one with a natural casing as it will both cook and taste better. Also look for sheep or lamb haggis, rather than pork – which is used by some producers.

Although it can also be boiled or deep fried, this haggis is wrapped in foil and slowly baked in a roasting tin half filled with water. Once cooked, it’s removed from the casing, roughly mashed and mixed with a rich gravy comprising Scotch whisky and redcurrant jelly. It’s then topped with an optional layer of caramelised onions, which act as a cushion to prevent the topping from becoming soggy, then mashed potatoes and swede, enriched by egg yolks, and finished in the oven. The haggis shepherd’s pie is then best washed down with a dram of single malt Scotch whisky. 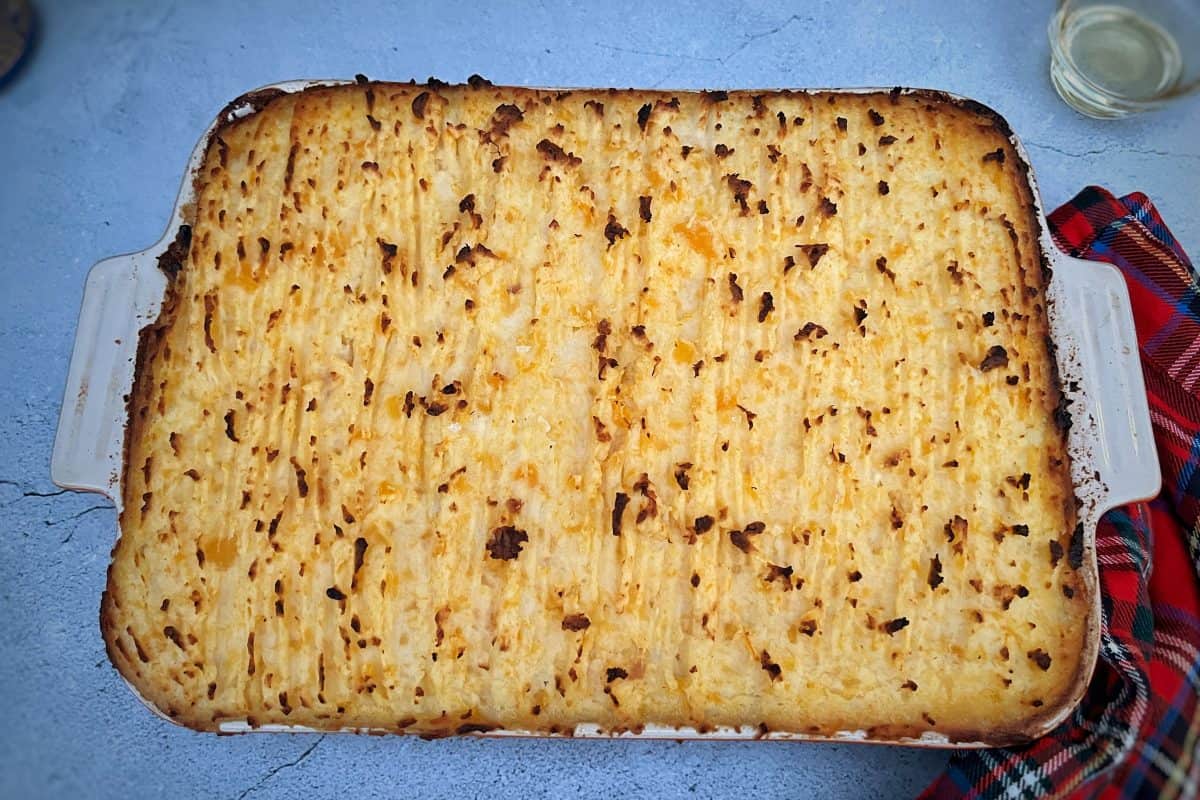