Featuring chilli, coriander, and spring onion, these corn fritters are an updated take on a classic, quick and easy to prepare at home. 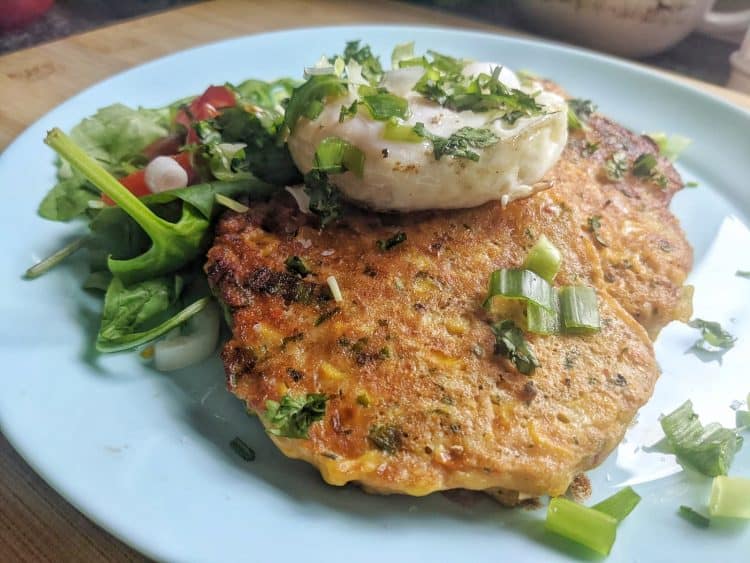 Fritters have been a UK chip shop staple for decades – a substantial, cheaper alternative to fish. Spam fritters are arguably the most well-known example on a national scale, but in more recent years they’ve generally fallen out of favour and certainly aren’t the most popular. In parts of the south, pea fritters are popular. Once limited to just a few select chip shops, often off menu, pea fritters are becoming more readily available, offered as an inexpensive side dish and a means of utilising bland mushy peas to make them a bit more exciting. Balls or patties of mushy peas are often dried out for a few hours, cloaked with batter and deep fried. After all, plunging something in seething hot oil is an go-to shortcut to deliciousness. This corn fritter recipe is a modern, healthier take on the practice, substituting mushy peas for sweetcorn, plus a few embellishments.

Often under-respected and poorly represented in British cooking, corn has myriad uses and its flavour profile is so perfectly suited to countless other ingredients, which makes these corn fritters so versatile. Best enjoyed as a side, or as the star of breakfasts, brunches, and lunches, the fritters are delicious on their own; layered with strips of smoked streaky bacon plus sliced avocado or maple syrup – or both; or with soft cheese. My personal favourite way of eating them is crowned with a perfect fried egg (crispy on the bottom with a jammy, soft yolk) and doused with hot sauce. Finished with a sprinkle of finely chopped coriander and spring onion, plus a generous amount of salt for the egg yolk. What’s more, the corn fritters take just 10 minutes to prepare and each fritter takes four minutes to cook. They can also be frozen to enjoy at a later date. 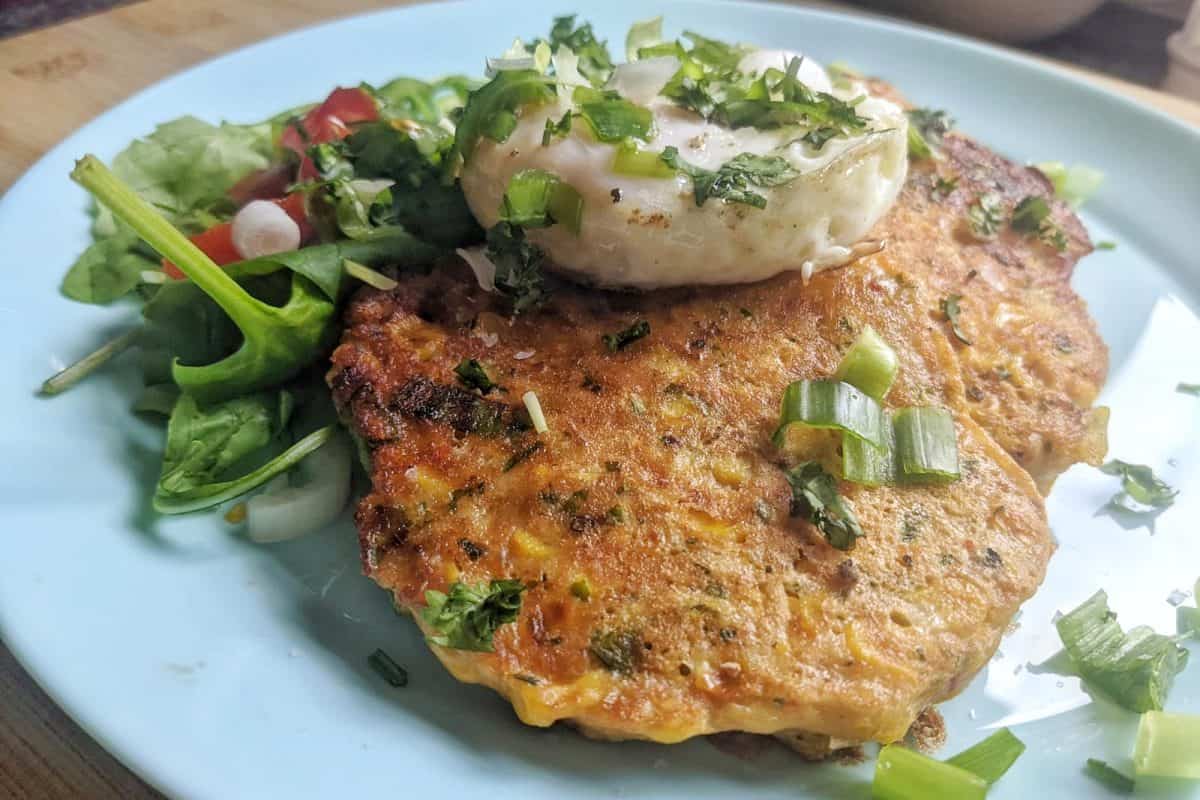