Whip up this warming and vibrant soup in half an hour for a nutritious and healthy veggie-styled supper, rich in vitamin C. 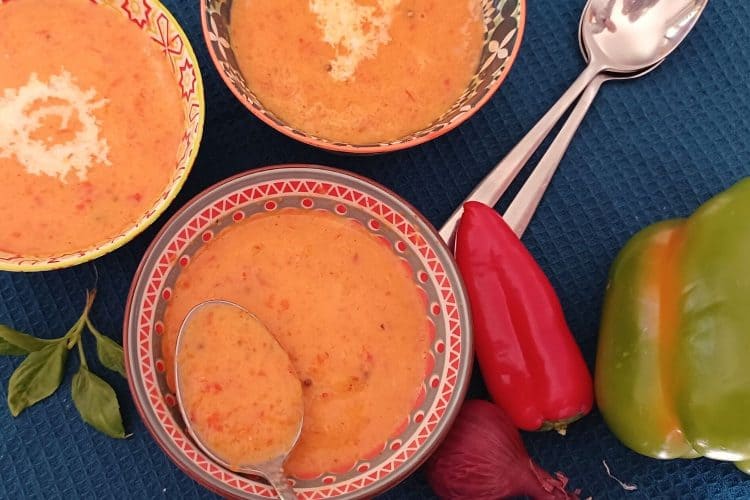 This is the perfect soup for using up a bunch of peppers. The roasted rainbow peppers make for a soup that is delicious any time of the year, but with its hot spicy kick, it is guaranteed to warm up a chilly night!

It is simple and flavourful, boasting red, yellow, pepperito and chilli peppers which are roasted and charred to bring out their individual flavours before paired with coconut milk and tomatoes.

If possible, use homemade vegetable broth as it tastes the best, store-bought will also taste mighty fine.

Bell pepper soup with a kick

The recipe calls for sweet bell peppers, as well as a red chilli. The chilli adds some kick, but not too much heat as the creamy coconut milk and tomato tones the chilli to make it more family-friendly.

The mixture of red, yellow and green peppers gives a good balance to the flavour.

All types of peppers are a part of the Capsicum family, which includes both the sweet peppers as well as the hot and spicy ones, often referred to as chilli peppers.

As peppers ripen, they tend to become less bitter and more sweet. The longer a pepper stays on the plant, the more sugar content it develops.

Bell peppers are great for weight loss. They can fill out any dish without adding the calories and have a small amount of fat-burning capsaicin in them. Red peppers pack the most nutrition, because they’ve been on the vine longest.

Leftovers will keep for about 3 days in the refrigerator and can easily be frozen. A good idea is to make two batches – one to serve for dinner, and one to freeze!

Garnish with fresh slivered basil, chopped red peppers and some of the leftover coconut milk. Serve with some crusty bread. Topping variations include croutons and Parmesan or plain shredded cheddar cheese. 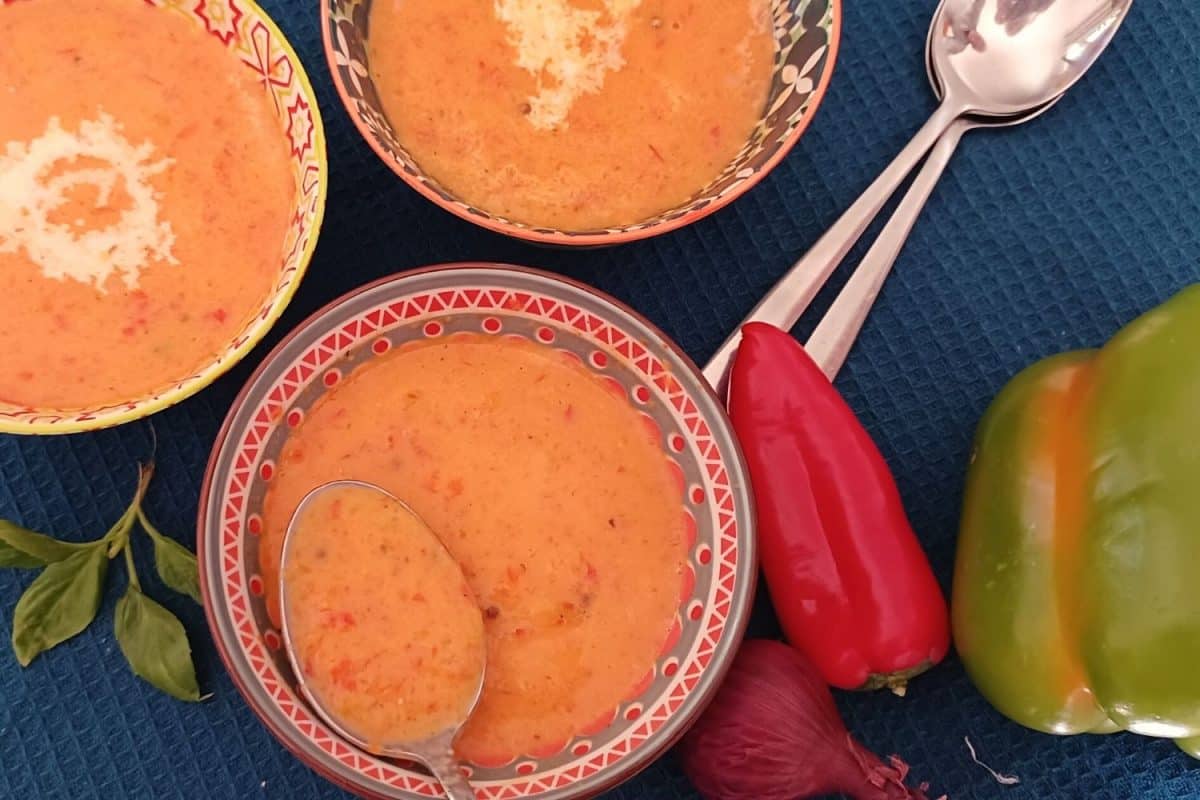 RELATED: How To Make: