The Bluebell pub in Mansfield Road, Sutton-in- Ashfield, Notts., has now been ordered to close following the breaches. 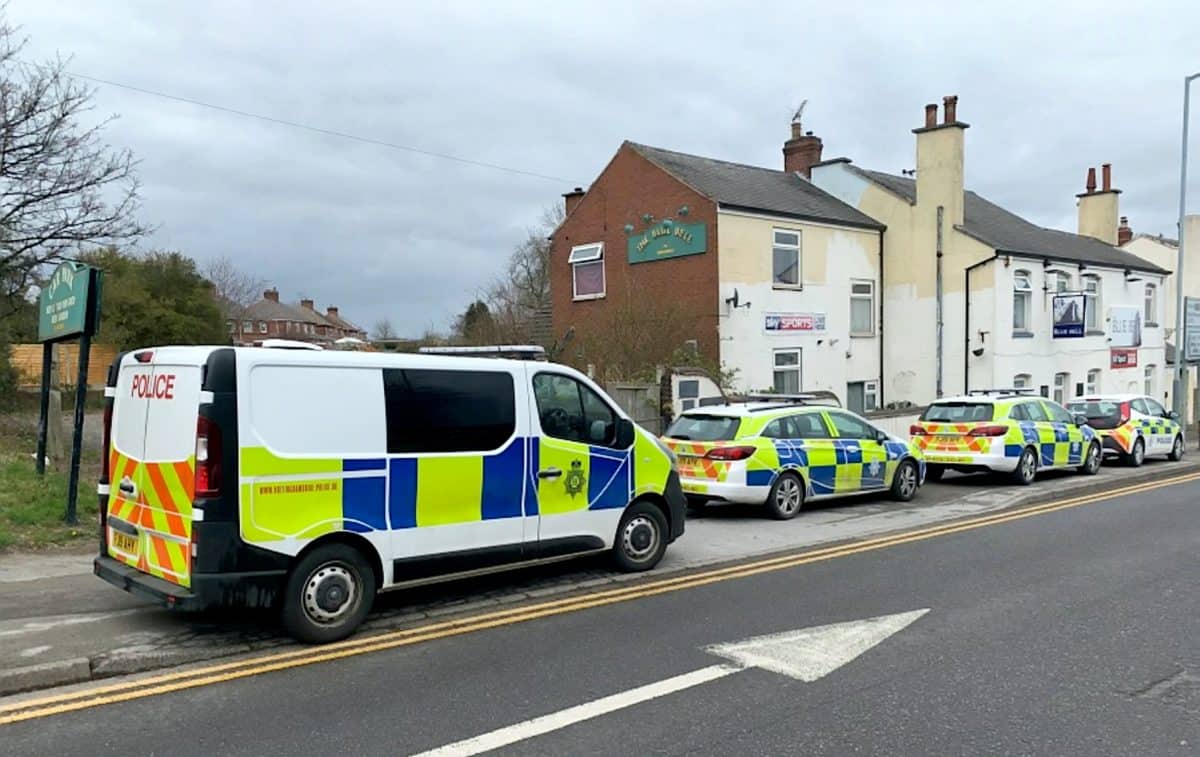 A pub has been closed down by town hall bosses after police busted a boozy secret lock-in being held for locals during the coronavirus crisis.

Officers were called to The Bluebell, in Sutton-in- Ashfield, Notts, following reports customers had been drinking in the bar last Saturday night (28/03).

Police found that the reckless manager had put lives at risk by deliberately flouting COVID-19 lockdown rules and holding a private party for loyal regulars.

Ashfield District Council, working with Nottinghamshire Police, moved to have the pub shut down after the incident was reported to them last week.

All stock and alcohol have also been removed from the premises to prevent another similar lock-in from taking place.

Chief Superintendent Rob Griffin, of Notts Police, said: “This result sends a very clear message to everyone that the police and our partners will not tolerate those people who deliberately break the rules and put other people’s lives in danger by their selfish actions.

“The Government has been very specific that rules need to be followed so that lives can be saved.

“Those who choose to ignore these rules run the risk of swift action like has been taken here. People have got to take this seriously. This is about saving lives.

“I would like to thank the pub owners for their cooperation on this matter which avoided the necessity for a Licensing Review which would have been timely in us getting the results we have achieved here.

“This also demonstrates team working between our organisations – council and police – for a swift response.”

Councillor Helen-Ann Smith, cabinet member for community safety at Nottinghamshire County Council, said “The irresponsible actions of the bar manager were the root cause of this incident.

“The government has restrictions in place for a reason.

“It beggars belief why this group of people thought it was acceptable to have a private party when the majority of residents were staying home to help save lives.

“Drinking with even one friend goes against the government’s guidelines, and unless people start adhering to these guidelines the number of coronavirus cases will continue to increase.

“Please stay home and save lives.

“The swift action between the council and police demonstrates that this behaviour will not be tolerated. It’s selfish behaviour that is putting lives at risk.”

Tory MP Lee Anderson, for Ashfield, reported the lock-in to the police after it was brought to his attention.

He said: “At a time when the vast majority of residents are obeying Government advice we have a small majority who think the rules do not apply to them.

“I have a good working relationship with the local police force and especially Inspector Craig Hall who acted swiftly on the information I passed to him about pubs in the area who were suspected of flouting the rules.

“This is great work from Nottinghamshire Police and as the local MP, it gives me great confidence to see how quickly they responded.

“Make no mistake, if anyone else thinks it’s a good idea to break the rules and risk life then I am sure they will be getting a visit from Nottinghamshire Police.”

Residents expressed their anger at the lock-in on social media and blasted the “stupid” actions of the manager.

Pem Hancock, writing on Facebook, said: “Hope it was worth it, they’ll lose their license for sure”

Nicholas Cowling put “some people think the law does not apply to them” and Paula Jane Taylor also added: “There are some stupidly ignorant people about”

All bars and clubs have been ordered to close to stop the spread of coronavirus, with police granted new powers to enforce social distancing rules during the pandemic.

Related – Man jailed after stealing PPE from ambulance outside Hospital