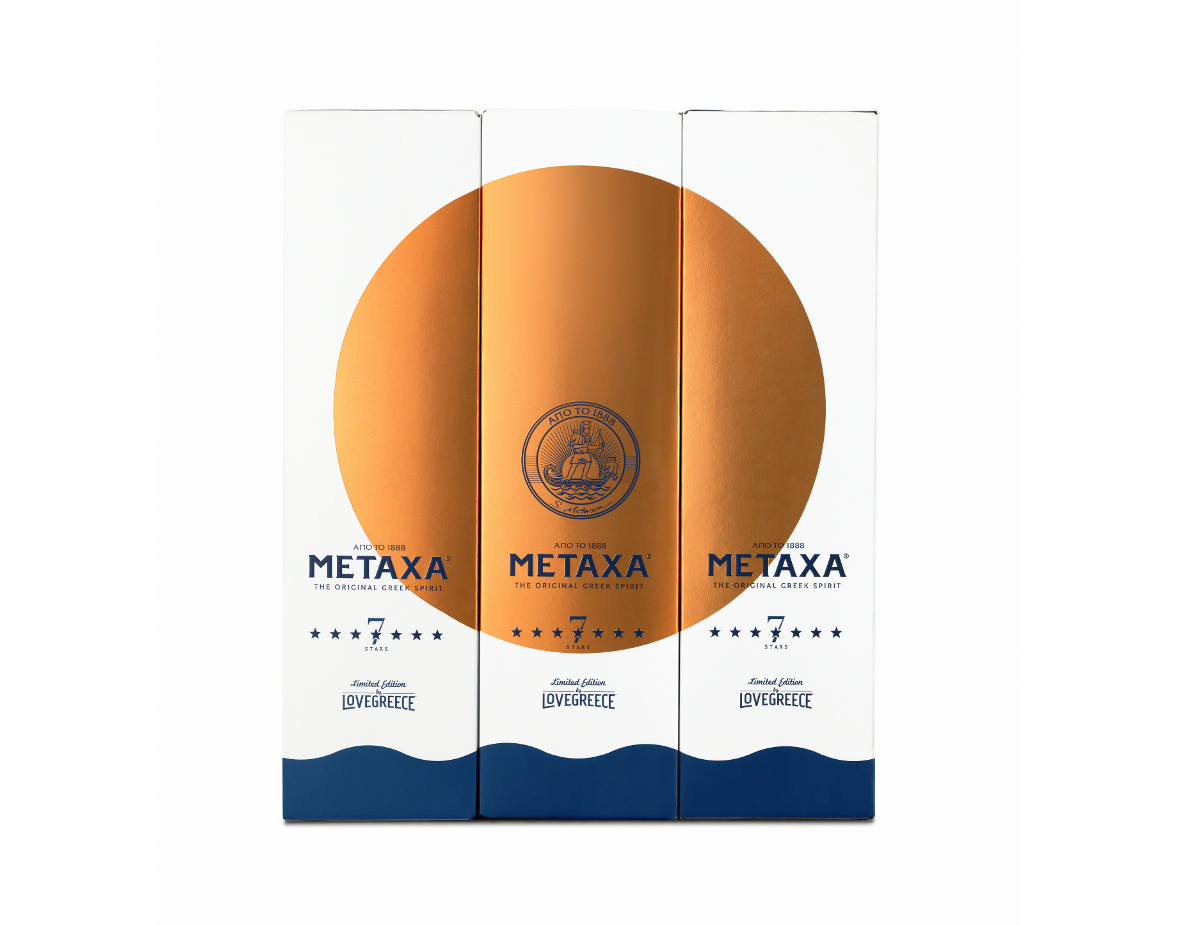 Inspired by the Aegean seas and ‘Greek evil-eye’, a symbol of LoveGreece and the Grecian way of life, the new label features bright colours and a simplistic design intended to evoke contemporary Greece, with its Cycladic landscapes and iconic architecture. The bottle, itself, retains the classic Metaxa shape, reminiscent of the ‘Amphorae’ vases used to carry wines and spirits in ancient Greece.

A specialty Greek spirit, Metaxa was invented on the island of Samos, in 1888, by Spyros Metaxas, a silk merchant. Sold as a Cognac until 1937, when French producers restricted the appellation ‘Cognac’ to brandies made using specific grapes and a specified distillation process, Metaxa is still most commonly associated with brandy. The definition of ‘brandy’ has also been altered since Metaxa’s initial launch, excluding spirits containing anything other than wine distillates. While the company claims Metaxa is not actually a brandy, the final result and production process is fairly similar.

Using a classical greek style and an original recipe dating back to 1888, local Savatiano, Sultaniana, and Black Corinth grapes are dried in the sun and fermented to produce a liquid that’s then distilled twice and aged in Limousin (French) oak barrels – not unlike brandy. After ageing, Metaxa is then blended with Greek Muscat wines from Leros and Samos to bring smoothness, plus a secret infusion of botanicals, including rose petals and anise. Today, multiple age expressions are available.

With the number seven standing for the number of years the blend spent maturing before commercialisation, Metaxa 7 Stars has a deep amber complexion with copper accents. On the nose, fruity aromas of ripe peach, prune, orange marmalade, and dried apricot are joined by some floral hints of orange and violet blossom, rose petals, and toasted walnut. Some black pepper also builds and continues on the palate alongside a rounded palate with intense sweet fruit flavours including plum and red grapes, honeyed sweetness, toffee, and some more marmalade. The oak ageing process also imparts a whisper of vanilla which lingers on the prolonged finish with further pepper spice and suggestions of violet and rose. Full bodied and smooth, Metaxa 7 Stars is best enjoyed neat, over ice, or as an interesting cocktail base.

Add three or four ice cubes into a highball glass.

Garnish with a roll of fresh cucumber and a lime zest.