By Jonathan Hatchman, Food Editor, @TLE_Food With plenty of exciting restaurant openings constantly taking place across the Capital, here’s our pick of the best new restaurants arriving in London over the coming month. Patty & Bun – Soho Since initially setting up as a pop-up restaurant, Patty & Bun have become renowned for producing some of London’s finest burgers. […] 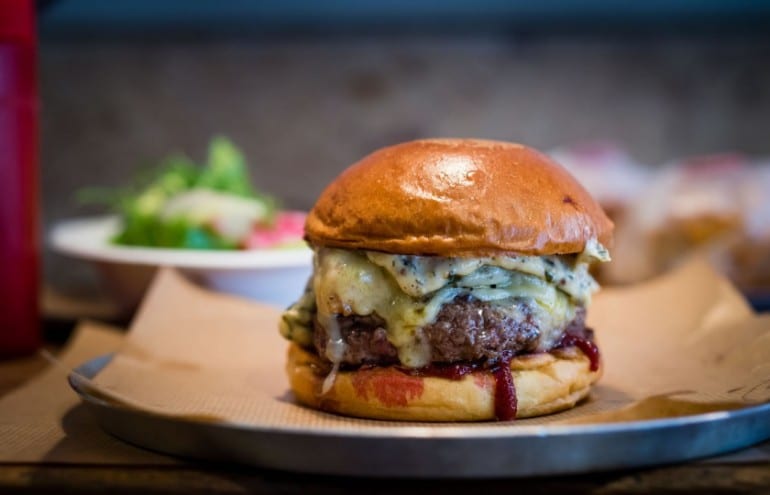 Since initially setting up as a pop-up restaurant, Patty & Bun have become renowned for producing some of London’s finest burgers. And with three permanent sites already open across London, as well as a popular street food van, the team are currently gearing up to open their fourth restaurant, taking over The Stockpot’s former site on Old Compton Street. Opening later this month, the 55 seat venue will feature a menu comprised of old favourites from the previous restaurants alongside some new dishes such as roast chicken skin with maple syrup and home made hot sauce, as well as fried chicken with Urfa chilli butter and lemon. What’s more, the Soho opening will feature Patty & Bun’s first chance to open an attached bar. With a late license from Thursday to Saturday, the bar menu has been designed by Berber & Q’s Danny Varley and will include a selection of cocktails, with a special tribute to The Stockpot – ‘The Stockpot Sour’ – which features gin, amaretto, Amaro Nonimo and honey.

Patty & Bun is set to open in February and can be found at 18 Old Compton Street, London, W1D 4TN. 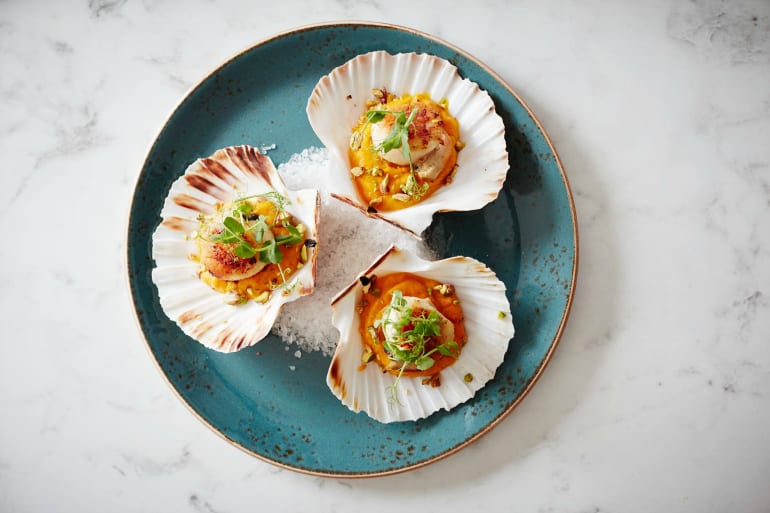 Founded by brother and sister team Marcel Grzyb and Oriona Robb, Galley is the latest addition to the currently booming Islington dining scene. Opening on Upper Street, the kitchen will be led by Head Chef Marcel, offering a menu influenced by the cooking styles and flavours of North Africa, Asia, South America and Europe. Across the menu that’s split into mainly small plates and large plates, there will be various meat, vegetable, and fish dishes on offer – although there will be a particular focus on food from the sea, with Marcel’s expertise in fish apparent within the dishes all prepared and cooked in front of diners within the restaurant’s open kitchen space. 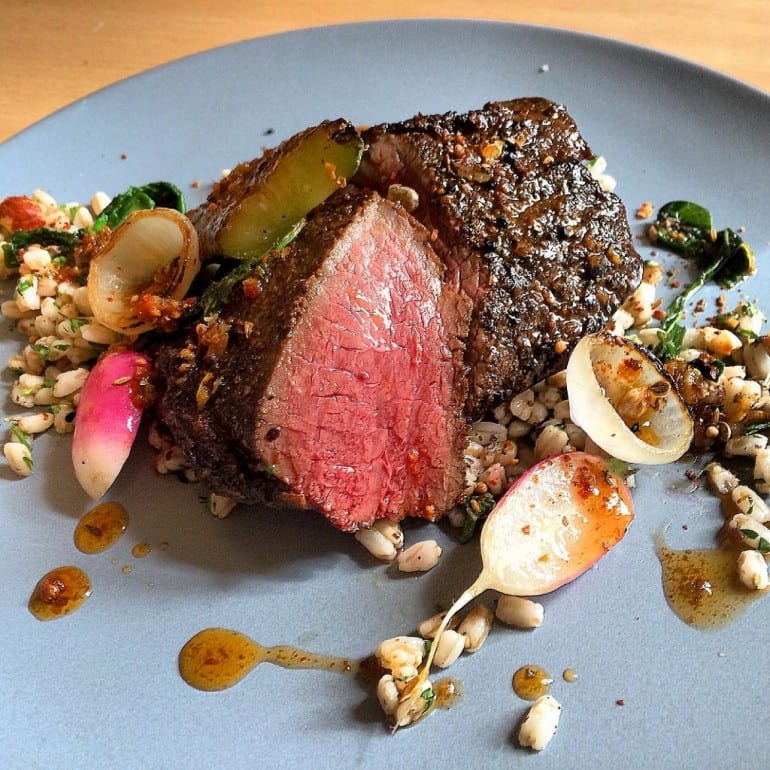 Set up by Imogen Davis and Chef Patron Ivan Tisdall Downes, following the success of a run of supper clubs before deciding to launch their own serious restaurant, Native is set to open in Neal’s Yard in Covent Garden this month. Specialising in British wild food with a menu filled with reasonably priced game produce, and some rare breed meat, the team behind Native are hoping to showcase some of Britain’s most under-appreciated and overlooked meats, vegetables and fish. Unsurprisingly, the seasonally charged menu is set to change constantly, although diners will be able to expect the likes of signature dishes that include wood pigeon kebab and Southern fried rabbit, and desserts such as bramble and mint Bakewell. The drinks menu, in accordance, is set to highlight British wines, beers and ciders as well as a regularly changing seasonal cocktail.

Native is set to open on February 4th and can be found at 3 Neal’s Yard, London, WC2H 9DP. 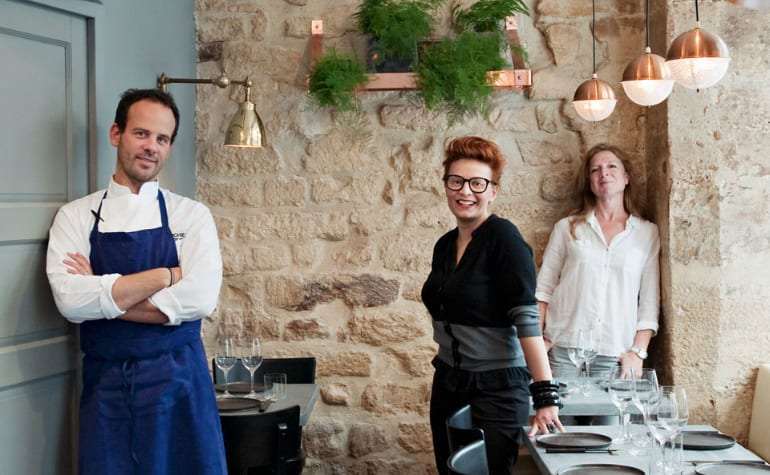 Another new addition to Covent Garden opening this month is Parisian export Frenchies. First set up in an alleyway of the garment district of Paris by Greg Marchand in 2009, the restaurant soon became a huge success with a wine shop and sandwich shop having soon followed. Now, Greg and his wife Marie are set to open their first restaurant outside of Paris, settling for a site in Covent Garden’s Henrietta Street. As for the new menu, it’s set to echo its Parisian counterpart to an extent, taking heavy influence from Greg’s travels – having worked in kitchens across the globe, including Gramercy Tavern in New York, various beach bars in Spain, and Jamie Oliver’s Fifteen, Mandarin Oriental, and Savoy Grill all here in London. For the most part, the ingredients on offer at the new Frenchie will be British-sourced, although in contrast to the cheese sourced from Neal’s Yard featured heavily in the Parisian space, the British Frenchie’s cheese board will feature exclusively French cheeses. The menu will sit alongside an ever-changing carefully selected wine list with a focus on artisanal Old World wines, craft beers and a short but seasonal cocktail menu.

Frenchie is set to open on February 2nd and can be found at 16 Henrietta Street, London, WC2E 8QH. 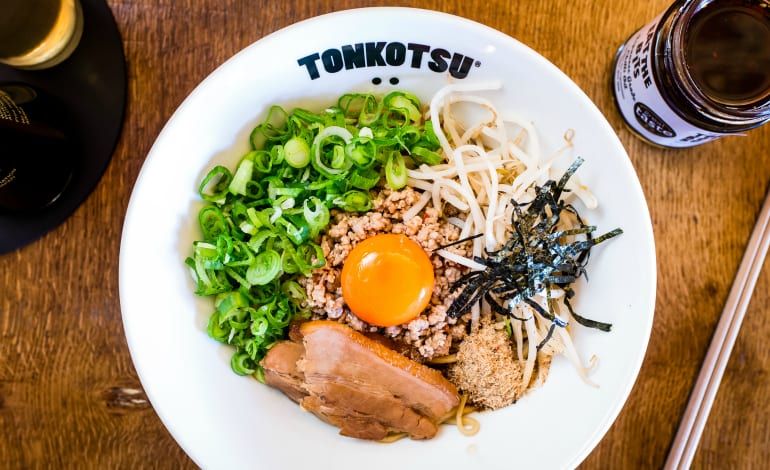 Now operating from five spots around London, Japanese restaurant Tonkotsu has been on the receiving end of incredible acclaim since first opening. And towards the end of this month, a sixth site is set to open in Notting Hill. Named after the typical ramen from Kyushi – Japan’s southern-most island, it’s no surprise that ramen is the key focus here, boasting their own house-made noodles. A slight change from the other five openings, the Notting Hill branch will act as a Tokyo inspired counter-style ramen bar, set to serve the restaurant’s classic dishes as well as some new additions unique to the new outpost. What’s more, Tonkotsu beer will also be available within the restaurant, brewed as a collaboration between Tonkotsu and 40FT Brewery – resulting in their own matcha beer.

Tonkotsu Notting Hill is set to open in February and can be found at 7 Blenheim Crescent, London, W11 2EE. 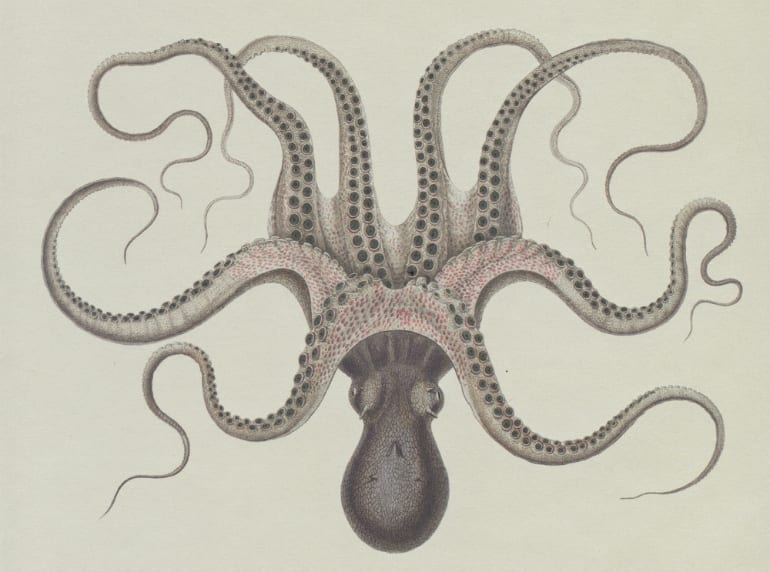 Since first opening in Soho back in 2009, Polpo has become a great success story. Since then, six more outlets have opened (five in London and one in Brighton), as well as various offshoots such as Polpetto (also in Soho), Spuntino and Mishkin’s. Focussing on Venetian inspired small plates, another Polpo is set to open this month, joining the likes of Kurobuta, Yo! Sushi and Burger & Lobster upon the fifth floor of Knightsbridge department store Harvey Nichols. Quite incredibly, yet another is also set to open later this month within the Leeds store. Expect a menu that contains the likes of zucchini arancini, spicy pork Pizzetta, deep-fried polenta-crusted meatballs, and their famous flourless chocolate and hazelnut cake. There will also be a bar serving plenty of Polpo’s brilliant Negronis.

Polpo is set to open on February 8th and can be found at Fifth Floor, Harvey Nichols, 109-125 Knightsbridge, London, SW1X 7RJ.