With plenty of exciting restaurant openings constantly taking place across the Capital, we pick the best new restaurants and bars arriving in London over the coming month. Calcutta Street – Brixton Following the huge success of her first restaurant, opened in Fitzrovia last Summer, Shrimoyee Chakraborty has launched a second branch of her Calcutta Street, taking over […] 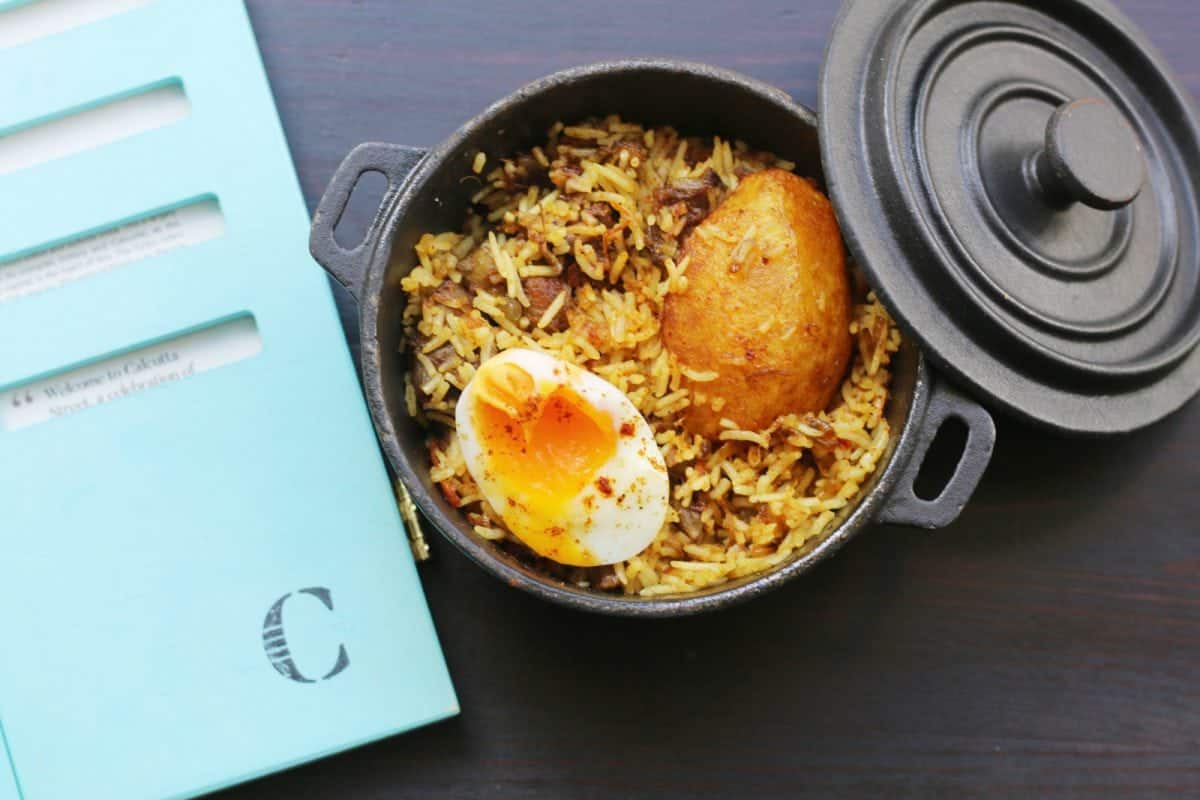 With plenty of exciting restaurant openings constantly taking place across the Capital, we pick the best new restaurants and bars arriving in London over the coming month.

Following the huge success of her first restaurant, opened in Fitzrovia last Summer, Shrimoyee Chakraborty has launched a second branch of her Calcutta Street, taking over a space in the heart of Brixton. Bringing Calcutta Street south of the river, the new restaurant is promised to have a completely different atmosphere to the central London original, intended to evoke memories of Calcutta’s Park Street, inspired by the livelier neighbourhood. Less homely than the Fitzrovia restaurant, the Brixton space is a continuous party, bedecked with neon signage, hand-painted murals, and memorabilia from notable artists who “brought the swing to Park Street”. The menu, on the other hand, will mirror that of Fitzrovia, focusing on a mixture of street food and main dishes, with new additions such as Biryani and Chicken Chaap – a rich Mughali dish slow-cooked in a creamy poppy seed and cashew nut sauce. The main emphasis at the Brixton site, no less, is on smaller plates at a lower price point than in the West End. In addition, a classic Bengali drinks list includes bespoke Shorbot cocktails, born on the streets of Calcutta, teamed with the venue’s late license until 1am.

Calcutta Street Brixton is open now and can be found at 395 Coldharbour Lane, London, SW9 8LQ. A collaboration between Chef Richard Corrigan, Gregory Buda from The Dead Rabbit in New York (voted World’s Best Bar by World’s 50 Best, last year) and Richard Ryan, founder of Drinksology, Dickie’s Bar will open this month at Corrigan’s Mayfair. Set to be a late-night destination, Dickie’s Bar will serve drinks using the best of the season’s harvest, largely sourced from Richard Corrigan’s garden and farm – Virginia Park Lodge – in Cavan, Ireland. Featuring a culinary approach to cocktail creation, the ingredients themselves will take centre stage of the bar’s menu, combining the seasons finest delectable and distillations to create a list of cocktails, plus home-infused sodas and tinctures.

In addition, the bar’s menu will have a prominent focus on Irish whisky, with cocktails such as ‘The Professional Stalker’ (Power’s John’s Lane 12-year-old Irish whisky, Pierre Ferrand 1840 Cognac, fig, allspice and Jerry Thomas Decanter Bitters) or ‘Stage Door Johnny’ – made with Jameson Black Barrel, peach, bergamot, vanilla and lemon. Focussing on the sodas and tinctures infused in-house, high-ball cocktails include ‘Irish Whisky & Strawberry’ (Connemara Peated Irish whiskey, house strawberry soda, Ramazzoti Amaro and clove) or ‘The Scotch & Coriander’ (Glenmorangie 10 year-old, Merlet Crème de Poire, coriander, Ragan’s No. 6 orange bitters and house soda). The menu, itself, will be designed by Drinksology – styled as a storybook, which tells the tale of Dickie’s Bar, the characters behind it and the journey of ingredients, from farm to glass.

Dickie’s Bar is set to open in June and can be found at 28 Upper Grosvenor Street, London, W1K 7EH.

Joining the Ivy Collection’s rapidly expanding portfolio of restaurants in London, Bristol and Surrey (including The Ivy in Covent Garden), The Ivy City Garden opens in the Square Mile, this month. A huge 3,335 square-foot venue with space for 230 covers, The Ivy City Garden, situated within the historic Bishopsgate Gardens, will feature an all-day dining menu, private dining room and private garden. Designed with an intentionally British aesthetic, the restaurant will be equipped with three fire places, a summer water fountain, which will transform into a roaring fire pit come winter, and floor-to-ceiling windows with bi-folding doors that open onto the secluded garden space. As for the menu, breakfast highlights include the likes of avocado, tomato and sesame on toasted granary, or eggs Benedict. On the all-day menu, available from 11:30am, Ivy classics (including that Shepherd’s Pie) will be joined by new creations, including a truffle Beef Wellington sharing platter for four, served with foie gras sauce, Dauphinoise potatoes and herb green salad, available when pre-ordered. Also open on weekend, The Ivy City Garden will offer a ‘build-your-own’ waffle menu, available for brunch.

The Ivy City Garden is set to open on Wednesday 7th June and can be found at Dashwood House, 69 Old Broad Street, London, EC2M 1NA. Famous for their unique blend of drinks know-how and creative production, Sweet&Chilli will open Nine Lives, a neighbourhood bar, near London Bridge this month. Set in a Victorian basement, the 100-capacity space will have a prominent waste-nothing ethos, promising to produce a sublime range of cocktails with “warm welcomes and a killer soundtrack”. Curated by owner Tom Soden and his consultancy team at Sweet&Chilli, the bar menu at Nine Lives is inspired by many years spent behind bars and categorised by ‘Shorts’, ‘Talls’, ‘Tarts’, ‘Lowriders’ and ‘Loops’. Loops are drinks made reusing key ingredients, given a new lease of life. The bar uses the skin, oils and juice of lemons in cocktails, for instance, then redistills the pith to produce essential oils used in liqueurs and hand soap. The bar balances the pH of discarded pith, skin and pulp, then composts it. In turn, the compost is used to fertilise the bar’s backyard herb garden.

In addition, recipes are reinvented from past favourites, crafted with ingredients repurposed to reduce waste. Disposables are also removed from the bar’s operation, with even the embroidered staff uniforms discovered in London’s best vintage shops – upholding a bold intention to drive a positive and sustainable movement within cocktail culture. Signature cocktails will include the likes of ‘Moby Dick’ (coconut oil-washed grain whisky, with salted caramel syrup) and ‘Ômu Kooler’ (Campari with a watermelon and cucumber ‘home’ade’).

Nine Lives is set to open in June and can be found at 8 Holyrood Street, London, SE1 2EL. Señor Ceviche is open now and can be found at 18 Charlotte Street, London, W1T 2LY.