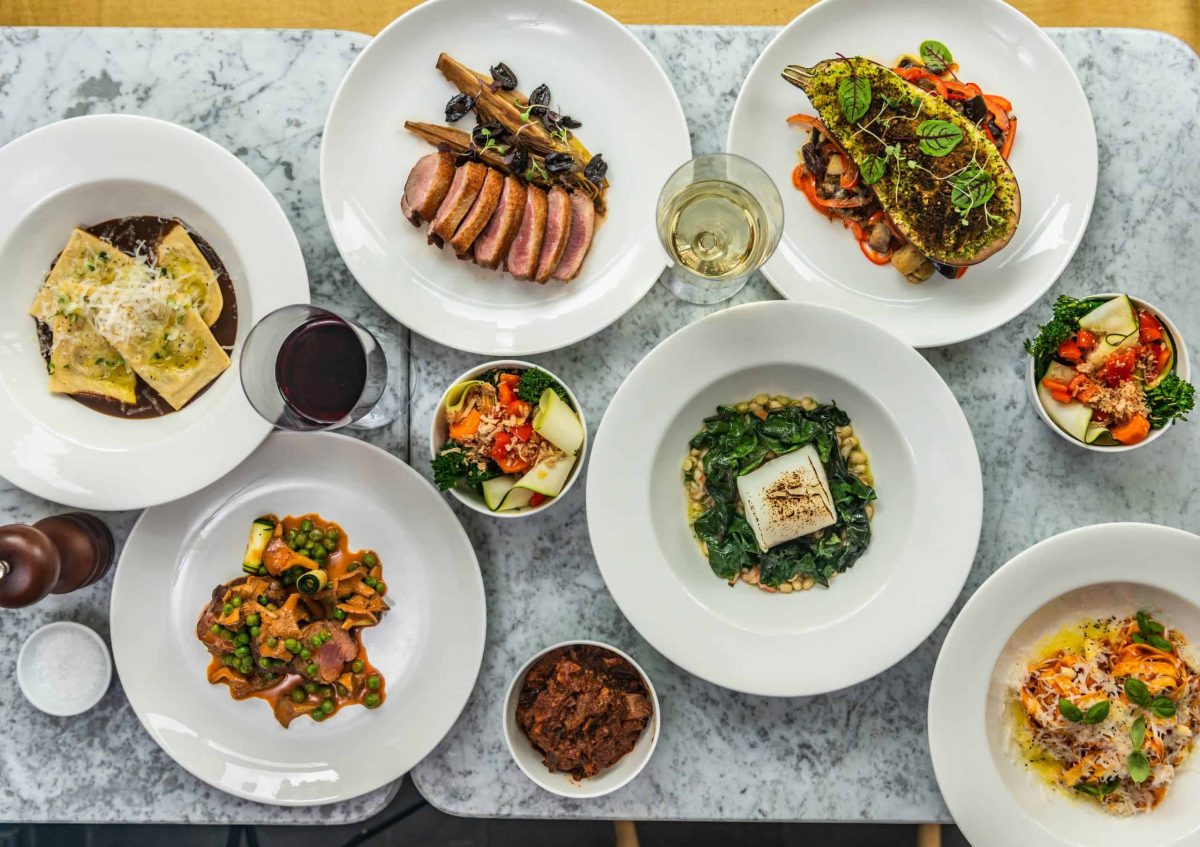 First opened last year, LIV has re-opened with a new Chef Director, Mark Jarvis. Closed for almost six months, the neighbourhood restaurant’s re-launch has seen Mark Jarvis collaborate with chef Joe Laker, having worked alongside Jarvis at Anglo, and as a sous chef at St Leonards in Shoreditch.

To celebrate the re-opening, the restaurant will extend its soft launch offering of 50 percent off food for both lunch and dinner, from Monday-to-Friday, until the end of the month, also available at lunch until Friday 16th October.

Having previously worked in the kitchen at Raymond Blanc’s Le Manoir aux Quat’Saisons in Oxfordshire, Mark Jarvis opened Anglo during 2016, having received rapturous praise shortly after opening. The chef also hosted an Anglo residency at TRADE before lockdown – a Soho hospitality member’s club which has now re-launched as The Black Book. At LIV, the chef brings his years of expertise to the restaurant, having created a menu which draws on his modern British cooking style, also championing unusual ingredient pairings.

On the re-opening of LIV, Mark Jarvis said: “I’m thrilled to be taking over as Chef Director at LIV. It’s not unfamiliar news that the hospitality industry has been hit the hardest during this pandemic, so I’m particularly excited to reopen a popular restaurant and introduce some new dishes to its neighbourhood. I’m hopeful to see customers who have missed having their local all-dining restaurant on their doorstep as well as food connoisseurs looking to try something new this Autumn.”

A short walk from Sloane Square Underground Station, LIV’s atmosphere is slightly more formal than expected from its neighbourhood style, yet the space is welcoming, with two main rooms filled with well-spaced tables, comfortable seating, and good lighting. Service is professional-yet-approachable, and the food is significantly better than typical of neighbourhood restaurants. While the kitchen serves a selection of safe choices (burrata; sirloin steak; ice cream, etc.) the menu was peppered with a collection of exciting dishes during a recent dinner visit.

British Shorthorn beef was championed in an elegant tartar, bound by aged crème fraiche which brought exciting depth of flavour, as did the more-ish thyme biscuits, demanding to be used as edible spoons, compensating for the lack of an egg yolk. A classic dish that seems to be suddenly ubiquitous in British restaurants, LIV’s chicken liver parfait was exemplary: impossibly smooth, gamey and rampant with butter, served on freshly-baked brioche toast, joined by a dollop of lightly spiced apple ketchup. A strong take on a comfort food staple – something we could all do with at the moment.

Sea bream was well-cooked, though the jewel in the dish’s crown was the accompanying slice of potato and fennel gratin, comprising paper-thin layers of each ingredient, working exceptionally with the liquorice-esque bite of tarragon which dominated the ‘tarragon sabayon’ (effectively a less acidic bearnaise). Even better was a dish of duck breast. If I’m being picky, I’d like the fat to have been rendered a little further, but the cooking was otherwise perfect, blushing and cloaked with a sweet maple glaze, gorgeously contrasting the bitter endive accompaniment.

To finish, the menu featured dishes such as blackberry panna cotta with basil sorbet and preserved fruits; chocolate cremeux with toasted hazelnut ice cream and cocoa nib crumble; and a cheese selection. Served with more of those thyme crackers, and that apple ketchup, the cheeses included Westcombe cheddar, ripe Wigmore, and rich Cropwell Bishop Stilton: a simple, unpretentious showcase of exceptional produce, just like everything else served at LIV.