"As the landlord has become greedy, we do not want to put our prices up for you to cover the extra cost", a sign in caff's window read. 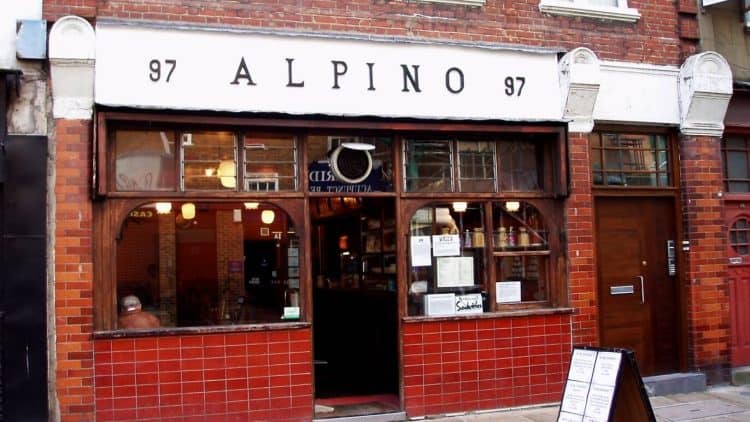 A historic greasy spoon cafe in Islington has been forced to up sticks due to spiralling rents imposed on it by the landlord.

Family-run Alpino Cafe was opened in 1959 on Chapel Market, supplying the area with hearty fry-ups, plates of pasta, kippers and chicken escalopes that are synonymous with the Anglo-Italian caff scene in London.

But soaring London rents have meant that it can no longer stay in the area and has been forced to relocate.

According to a sign posted on its window, the landlord had “become greedy” and the owners are not willing to pass on the price to their loyal customers.

The community café will reopen across the road under the new name Casa Fabrizi in early autumn.

They will leave behind their iconic red-tiled shop.

Expect to be drinking cortados out of test tubes in the coming months as the stranglehold of gentrification continues to grip London’s increasingly affluent urban areas.