Graeme, 38, and wife Caroline Jarron, 36, process thousands of potatoes to a range of supermarkets each year. 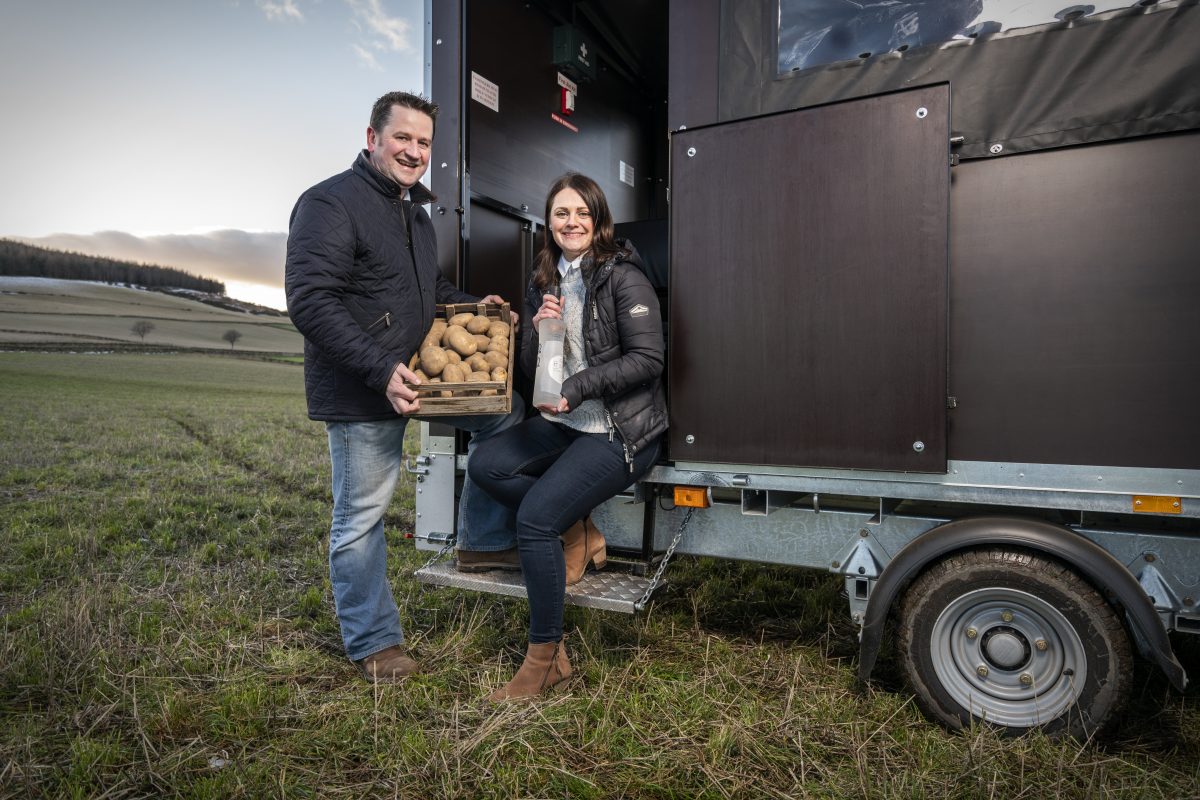 A pair of farmers are making VODKA from potatoes which are too ‘ugly’ to sell in supermarkets.

Graeme, 38, and wife Caroline Jarron, 36, grow thousands of potatoes to sell to supermarkets every year.

But a huge amount of misshapen spuds, which don’t meet the supermarket standard, often end up going to waste.

And so the creative couple decided to start making vodka with them from their Hatton of Ogilvy farm near Forfar, Angus.

Graeme said supermarkets require a potato that is evenly coloured and not too “small or too big”.

He said: “We grow potatoes for supermarkets but you would be surprised at the high demand in evenly shaped potatoes.

“Before they are sent away we look at them and take out all the wonky ones.

“By that, I mean ones that are either too small or too big.

“Also if they have a shading of green supermarkets don’t want to touch them.

He added: “Supermarkets want potatoes that are a nice medium size, so that’s why we thought we should use the wonky potatoes to make vodka and its worked out great.

“If we didn’t use them they would have gone to waste.”

Graeme hopes the visitor experience will become a must-visit for spirits lovers.

Tours will start on a vintage tractor and trailer, which will showcase a behind the scenes look at potato farming.

The Jarron family have farmed the land at Hatton of Ogilvy farm since 1910.

They teamed up with the brewing and distilling laboratory at Heriot-Watt University, Edinburgh and started producing Scotland’s first potato vodka in 2014.

Ogilvy Vodka is distributed to independent bottle shops, farm shops and delis across the UK and is priced at £36 for the 70cl bottle.