Snacking on walnuts, peanuts, pecans or any other variety stave off obesity-related conditions like heart disease and diabetes too, say scientists.

Eating a handful of nuts a day can prevent middle age spread, according to new research.

Snacking on walnuts, peanuts, pecans or any other variety stave off obesity-related conditions like heart disease and diabetes too, say scientists.

They are rich in unsaturated fats that make people feel fuller – stopping them piling on the pounds – and keep blood sugar, insulin and cholesterol levels in check.

They are also packed with fibre, protein, vitamins and minerals – including folate, vitamin E, potassium and magnesium.

The findings from two separate studies presented at an American Heart Association conference in Chicago add to evidence that nuts can control weight and boost health.

Just one ounce of nuts daily – or two tablespoons of peanut butter – instead of chips reduced the risk of men and women becoming fat or obese over four-yearly intervals.

First author Dr Xiaoran Liu, a nutritionist at the Harvard School of Public Health in Boston, said: “Once people reach adulthood they start to gradually gain about one pound a year of weight – which seems small.

“But if you consider gaining one pound over 20 years, it accumulates to a lot of weight gain.

“Adding one ounce of nuts to your diet in place of less healthy foods – such as red or processed meat, French fries or sugary snacks – may help prevent that slow, gradual weight gain after you enter adulthood and reduce the risk of obesity-related cardiovascular diseases.”

Dr Liu and colleagues pooled data from 126,190 health workers taking part in three surveys across the US.

Those eating one ounce a day of nuts or peanuts – botanically legumes as they grow beneath the earth – in place of a similar serving of meat, French fries or desserts were less likely to put on weight.

At the outset they were all free of chronic disease. They filled out a food-frequency questionnaire every four years. 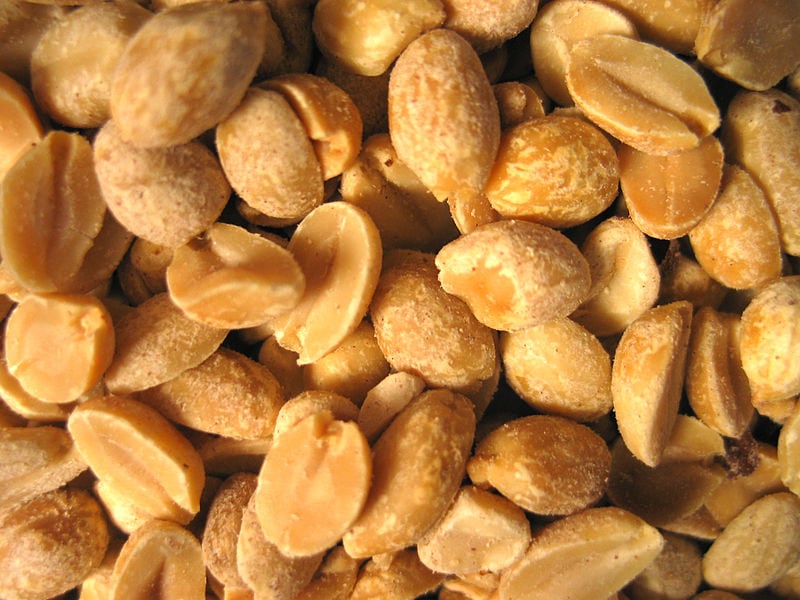 Dr Liu said: “People often see nuts as food items high in fat and calories, so they hesitate to consider them as healthy snacks, but they are in fact associated with less weight gain and wellness.”

The other US team specifically looked at Brazil nuts which were shown to increase a sense of fullness – and sensitivity to the glucose controlling hormone insulin.

These equated to roughly the same amount of calories and sodium and were eaten in in two trials with a ‘washout period’ of at least 48 hours to prevent carryover effects.

The pretzels caused a significant increase in blood glucose and insulin 40 minutes later. This did not happen with the nuts.

Senior author Prof Mee Young Hong, a nutritionist at San Diego State University, said: “While both Brazil nuts and pretzels increased a sense of fullness after they were eaten, eating Brazil nuts stabilised blood glucose and insulin levels after eating – which may be beneficial in preventing diabetes and weight gain.”

Brazil nuts are one of the highest known food sources of selenium – a mineral previously linked to improvements in insulin and glucose responses.

The hormone is produced in the pancreas and processes blood sugar into energy. Some people are insulin resistant or don’t produce enough.

This means glucose can reach unhealthy levels and result in diabetes – a major risk factor for heart attacks and strokes.

Prof Hong said: “Our study allows researchers and clinicians to consider the possible beneficial role of Brazil nuts to help people feel full and maintain a healthy level of glucose – reducing the risk of obesity and diabetes.”

As only nine percent of the participants were men the findings should not be generalised to a male population, he said.

London buses will run on waste coffee grounds from today