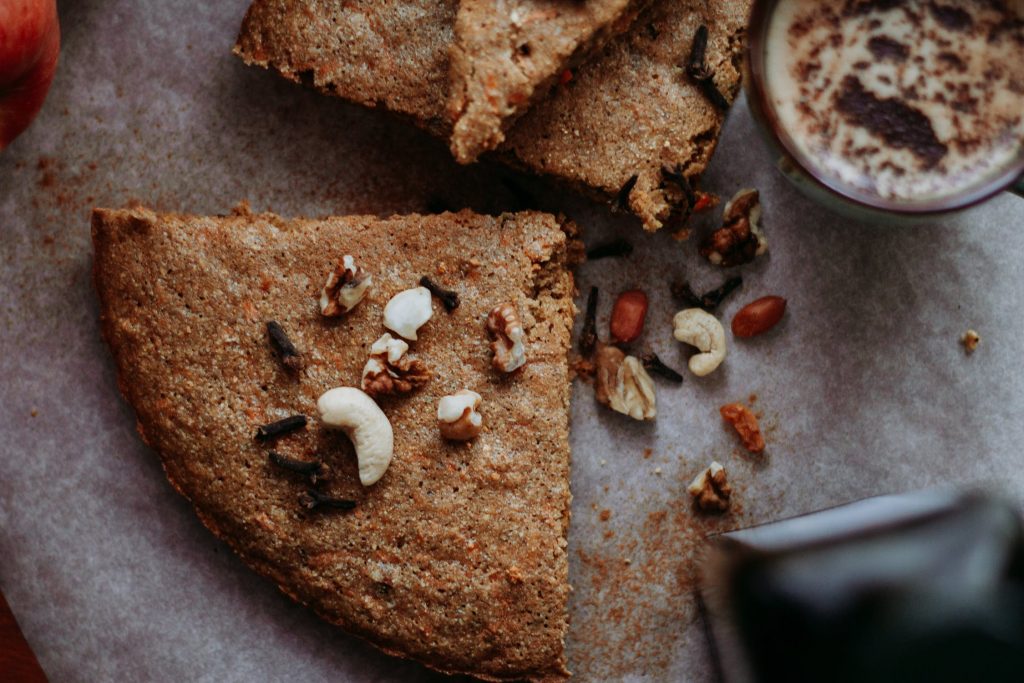 Rhubarb crumble, spotted dick and figgy pudding are among the traditional desserts at risk of dying out, according to research.

A quarter of millennials have never tasted a flan, while Eton mess and banoffee pie remains a mystery to 21 per cent.

More than a third have never tried a pineapple upside down cake.

Other classics such as flan and rum baba are unknown to those aged 23 to 38, and one in six say at least 11 years have passed since they last ate jelly and ice cream.

It also emerged more than one in 10 NEVER have dessert at home, with four in 10 feeling guilty if they succumb to the temptation of a sweet and sticky treat.

Instead, a fifth opt for fruit, such as cherries, instead with health conscious individuals reaching for a healthy pudding to round off a meal at least twice a week.

Almost half of those in their twenties and thirties would also like to see healthier alternatives on restaurant menus, so they could opt for something guilt-free if they wanted to.

Matt Hancock from Love Fresh Cherries, which carried out the research of 2,000 adults in association with Northwest Cherries, said: “It seems millennials are becoming more health conscious and only having treats, including dessert, in moderation or looking for healthier options.

“Fruit, including cherries, make the perfect, affordable healthy dessert and could explain why younger adults are opting for that over traditional sweet desserts.”

The study also found a fifth of millennials haven’t tried a pavlova, 17 per cent have no idea what a fruit cake tastes like and 16 per cent haven’t enjoyed the richness of a black forest gateau.

Even sticky toffee pudding – a go-to for many – remains untasted by seven per cent of those under the age of 38.

Millennials are avoiding puddings when full (54 per cent), if no-one else is having one (29 per cent) and preferring to have fruits such as cherries instead (17 per cent).

But for those who do manage to pass up on a pud, 23 per cent have unhealthy treats but in moderation, while three in 10 will look to see what others are doing before deciding on a sweet or savoury finish to their meal.

Interestingly, older age groups are more likely to enjoy fruit to finish off a meal – 24 per cent of those aged 61 and over would pick a piece of fruit over a dessert, compared to just 15 per cent of millennials.

And despite older generations being marginally more likely to make homemade sweet desserts, they’ll eat fruit as a pudding at least three times a week as well.

Matt Hancock added: “The good news for those people trying to be healthy, is that cherries and berries can be just as sweet and delicious, and best of all, completely guilt free.

“Most of the respondents polled admitted they had a sweet tooth, and do still love to treat themselves with a dessert when possible.”