During the early 1900s, ‘copper dogs’ became popular amongst Speyside whisky distillers. Fashioned from a length of copper tube with a penny soldered to one end, these copper dog devices were commonly used to surreptitiously steal a dram of whisky from ageing barrels. Once dipped and filled, the vessels would be sealed with a cork […] 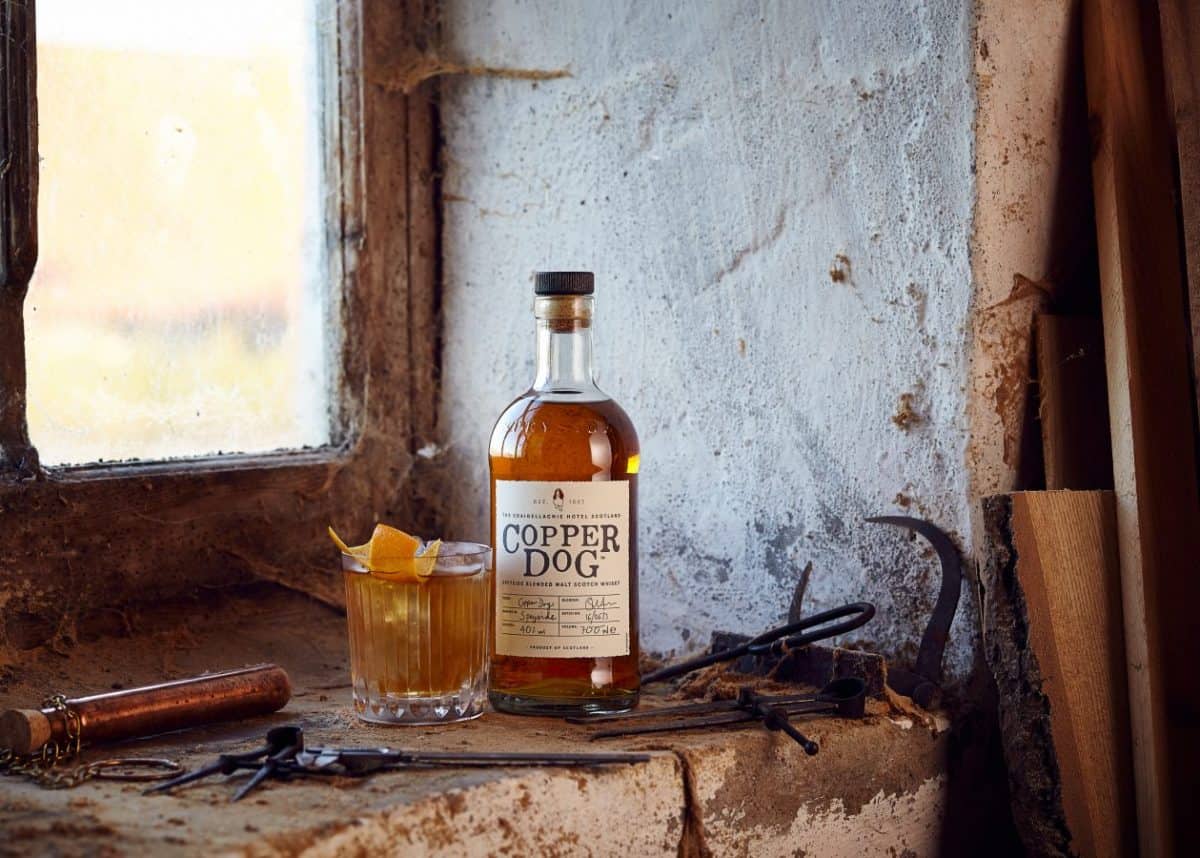 During the early 1900s, ‘copper dogs’ became popular amongst Speyside whisky distillers. Fashioned from a length of copper tube with a penny soldered to one end, these copper dog devices were commonly used to surreptitiously steal a dram of whisky from ageing barrels. Once dipped and filled, the vessels would be sealed with a cork and concealed in the legs of the workers’ trousers, attached to a belt by a chain or piece of string.

Some years later, in 2014, nightclub and bar entrepreneur Piers Adam paid a visit to the Craigellachie Hotel on the banks of the river Spey, in the heart of Scotland’s historic whisky region. Inspired by the run-down venue’s rich history, with the hotel pub frequented by local distillery workers and highland travellers, Adam bought the hotel, refurbished it and re-launched the pub as the Copper Dog, joined by the launch of a new whisky brand, also called Copper Dog.

Meticulously crafted by Scottish-born Copper Dog Master Blender Stuart Morrison, Copper Dog is a blended malt Scotch whisky intended to represent the diversity of Scotch production in Speyside, home to over half of Scotland’s distilleries. First created at the Craigellachie Hotel, the resulting blend is bottled at 40 per cent ABV and features a combination of eight unspecified Speyside single malts supplied by Diageo, the world’s largest Scotch whisky producer. Copper Dog has no age statement, though each of the whiskies are aged in a mixture of refill American and European oak casks, and first fill bourbon casks before being married in ex bourbon hogsheads. Once blended, Copper Dog is bottled with a label featuring batch number details, the blender’s signature and a dog emblem designed by famed British illustrator Hugo Guinness.

Neat, Copper Dog has prominent aromas of apple and pear, which follow a medium spirit burn. Slight spice and vanilla notes are also trace on the nose, joined by some lemon peel and a whisper of dried fruit. Vanilla continues on the palate with some more dried fruit suggestive of sherry casks, while sweet honey notes also prevail alongside some nutty malt notes which continue on the short, smooth finish with a touch of black pepper and oak. While Copper Dog doesn’t necessarily have the most elaborate flavour profile, it’s smooth and easy-drinking on its own, while the marketing suggests the whisky is designed to be enjoyed as a worthy cocktail base.