Fan favourite Bleecker Black will be available for one day only, as part of a new, limited-edition meal kit for St. Patrick’s Day. 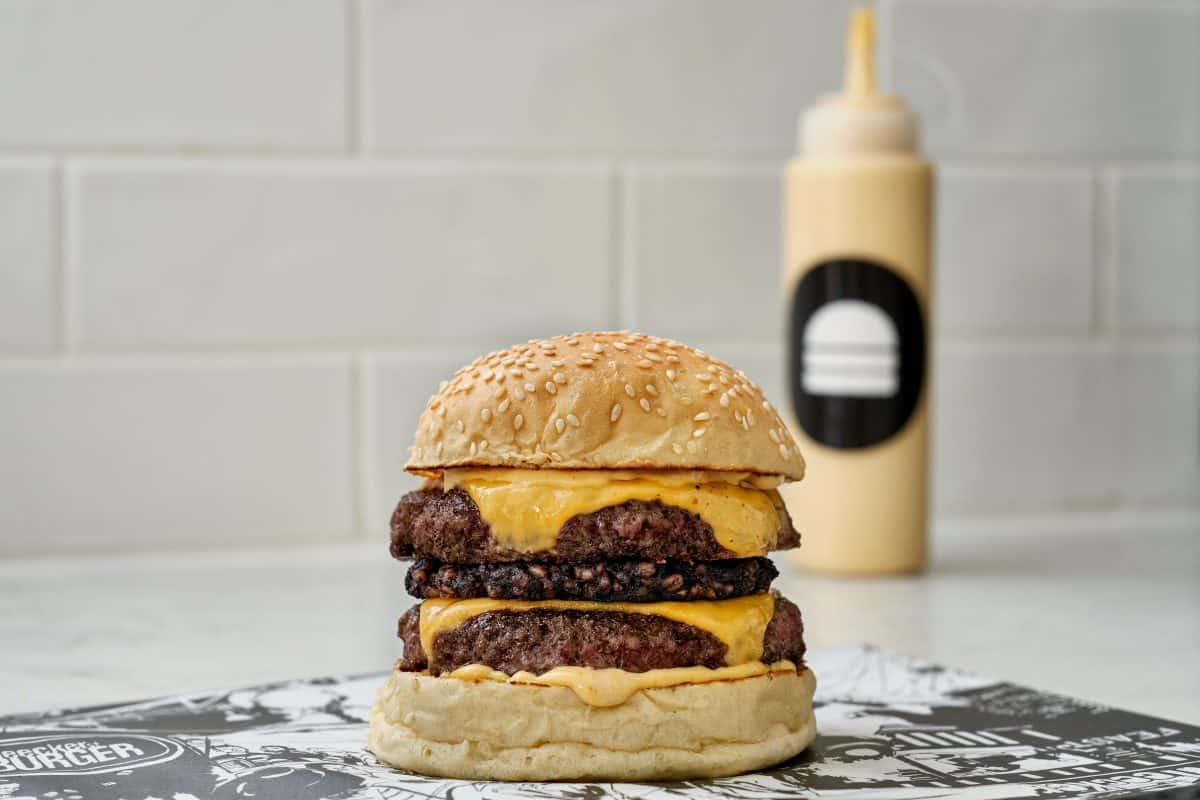 When Bleecker switched to a new meat provider just over a year ago, now sourcing its beef from Royal Warrant holders Aubrey Allen, rumours began to circulate concerning a possible return of the now retired Bleecker Black.

Launched by former lawyer Zan Kaufman in 2012, after arriving in the UK from the USA, Bleecker has become renowned for serving some of London’s best burgers, with the key to the brand’s success lying within its simplicity, recreating elevated renditions of fast food classics, using high quality ingredients.

Having been off the menu since 2017, the Bleecker Black is a fan favourite, having garnered somewhat of a cult status, comprising two of the burger chain’s aged beef patties, soft sesame seed buns, American cheese slices, and the burger’s namesake – a slice of black pudding served between the patties, offering an intense burst of flavour. The jewel in the burger’s proverbial crown

The Bleecker Black kit is available alongside Bleecker’s full range of DIY kits, also including the double cheeseburger, the bacon cheeseburger, and the vegetarian Symplicity burger.

Pre-orders for the Bleecker Black kit will be live until Friday 12th March. The kit will be delivered on Wednesday March 17th. Available in strictly limited quantities, the kits are expected to sell out quickly. Orders can be placed at Bleecker’s website.