Strength: 4.2% ABV Brewed: Woolwich, London Starting life within a humble unit at Woolwich’s Royal Arsenal in 2013, Hop Stuff Brewery has since become one of the fastest growing craft breweries in London. Now with a team of 22 brewers and over 600 investors, Hop Stuff produce over 400 kegs of beer each week, available […] 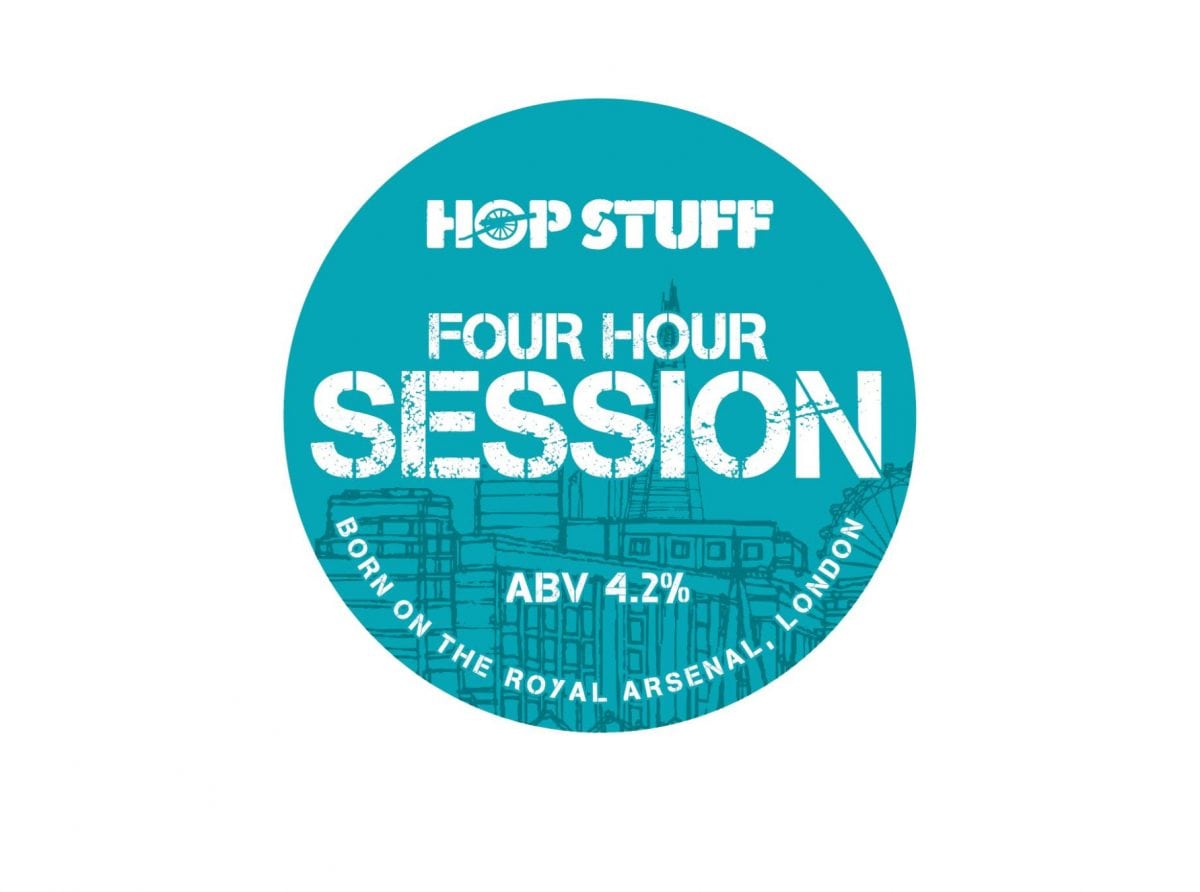 Starting life within a humble unit at Woolwich’s Royal Arsenal in 2013, Hop Stuff Brewery has since become one of the fastest growing craft breweries in London. Now with a team of 22 brewers and over 600 investors, Hop Stuff produce over 400 kegs of beer each week, available from the brewery’s own Taproom, as well as a number of bars and bottle shops. Aiming to ‘provide the perfect access point for those looking to explore the craft beer world’, the brewery has recently begun canning their core range of beers, recently selling their first 12,000 cans through beer discovery box Beer 52. Speaking on the brewery’s ethos, founder James Yeomans says: “Craft beer ought to be for everyone. Our ethos at the brewery is about making great beer that brings anyone and everyone together. Craft beer is about embracing flavour and enjoying the company of others, so we’re hugely proud of a core range that satisfies these ends. The range spans flavours and ABVs that should please anyone from craft connoisseurs to stalwart lager drinkers. We can’t wait for you to try our beers and enjoy them as much as we do!”

Each beer is crafted as an expression of where flavour meets accessibility, using top ingredients for quality and flavour, with strict brewing methods to ensure that each can of beer has the same authentic and innovative taste. ‘Four Hour Session IPA’, for instance, has a name inspired by Hop Stuff’s birth place on the Royal Arsenal, where Second World War ammunition manufacturers once sought morale with lower ABV beers. With a “sessionable” alcohol by volume, the beer appears gentle at 4.2 per-cent, but is huge on flavour. When poured, a white foaming head tops the beer’s gold body with effervescent visible carbonation. On the nose, prominent hop notes of citrus are joined by some mild light grains and yeast. These citrus notes of orange rind, tangerine juice and pink grapefruit continue on the palate with a citrus explosion typical of American-style India Pale Ales, developing into a fierce bitter finish. Medium-bodied with relatively low ABV, Hop Stuff’s Four Hour Session IPA is easy-drinking, refreshing and thus perfect to be enjoyed (chilled from the can) on long, hot summer evenings.

Further information on Hop Stuff Brewery can be found at hopstuffbrewery.com. All of the brewery’s core range cans are available to buy online from eebria.com.