There is a reason I love short stories as much as I do. Show me a city, I’ll write you a novel; read me a short story and you sing the whole planet. Yes I know that seems counter-instinctual. After all, how can three hundred or three thousand words possibly be more revealing of more […] 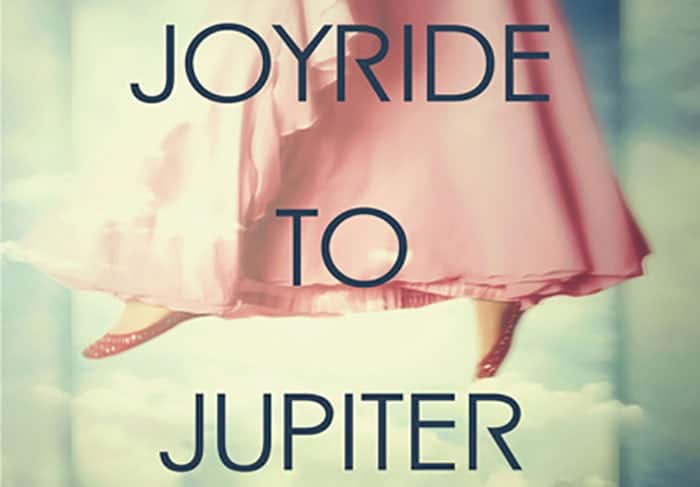 There is a reason I love short stories as much as I do. Show me a city, I’ll write you a novel; read me a short story and you sing the whole planet. Yes I know that seems counter-instinctual. After all, how can three hundred or three thousand words possibly be more revealing of more of life than three hundred pages probing, extracting, peering at through the magnifying glass of words the lives of major characters with all their psychology laid out on pages like murder victims’ organs spread across the cold steel of an autopsy table? Now that’s a very long question that is easily answered in one word: Truth.

The truth of human existence is that we don’t know everything about anything and we play the long con on ourselves every time we pretend that we do. Virtually every day we learn something about something we thought we already knew; if not, well there’s a wasted day for you. You know how to make an apple pie until you find a better recipe, you improve at backgammon, you might even realize just why it was the lover you miss so much said ‘Oh never mind’ back in 2008. You learn, I learn, we learn and while we’re doing all that learning – we get by with what knowledge we think we have.

One can’t or at least shouldn’t cast generalities about anything to do with writing. (“Now then class, Rule One is, never begin a sentence with a conjunction!” “And why is that, Miss?”) However, there is a sort of Venn diagram that covers most of the short story world. Most, not all, but most well-written short stories, the ones that make the reader pause to light another cigarette and consider deep thoughts, are snapshots of time and space. Their characters are in a moment of decision that may not seem bearing of great significance within that moment, except afterwards you just sort of know they will light their own cigarette of deep thought as they realize their lives’ paths took a little shift one way or another. Little shifts of one step, following a vector, lead to great divergence of direction over time. All right, that will be quite enough geometry for now. Most writers I know were awful at anything involving higher mathematics.

Film perhaps is the more comfortable subject from which to infer a desirable metaphor. Think of the short story writer as being akin to Jimmy Stewart’s bored and injured photo-journalist Jeff Jefferies in Alfred Hitchcock’s Rear Window. He glimpses at lives in the apartment building across the courtyard and gives them stories: Miss Torso the dancer, Miss Lonelyhearts, the pianist, and that poor man with the bedridden wife. Those are all short stories; Jeff does not have to know what company or club Miss Torso performs for in order to find her interesting. Indeed, the less detail there is filled in, the more the imagination can expand into the gaps; a conversation is created. Nuala O’Connor is an absolute supreme designer of excellent stories. Because she understands her craft so well, she is like a Western sheriff with six bullets to fire and six bad ‘uns to take down. Leave us face it, every novel ever written has within it ‘the dull bit’ (or as Moby Dick would have it, the whole damn book). Top short story writers don’t get to sprawl out all over the pages like lazy cats on a hot day’s windowsill and spend four or five pages describing in exhaustive detail the curvature of each filigree on Mrs Humphrey’s finest, guests-only wedding silver. The limit of length allows the reader’s imagination to expand; the necessity of only including the details that matter focus the attention.

Let us take one selection from Joyride to Jupiter as our example of what I mean by all that blather you’ve just had to plow through. The Boy from Petrópolis is an eleven page story that can be described as quickly as this: A lesbian couple in Rio de Janiero employ a mentally disabled boy as a housekeeper. Thirteen words and that’s it. Snap the shutter, Jeff Jefferies takes a picture. Click!

Now then, here is the art of the matter. We discover that one of the two women (who might be named Cookie, or that might just be a nickname) is a writer, yet there is no need for Nuala O’Connor to go on about Cookie’s previous sales, how her agent or editor is a complete ass, or even whether she composes on a laptop, tablet, longhand or an ancient Remington typewriter with sticky P’s and R’s. O’Connor does tell us that Cookie thinks long, hard and carefully about her work (and with implied frustration) in just one sentence: ‘I have been pulling and slapping the same poem into shape for months now and it will not behave.’ Months spent on a poem. Think about the last one you wrote, assuming you ever have. You set aside two hours to write a lovely poem. What did you do for the second hour?

Nuala O’Connor is also a poet and that too weighs in to great benefit in The Boy from Petrópolis. That the language is carefully chosen and rolls smoothly through the inner ear is a given; that’s what poets do. But there’s more to poetry than honeyed sounds. Poems must have unities to make however many lines into a whole and wholly defined ‘word thingy.’ That’s why they usually rhyme, darling. That is also why they can have internal rhyme, meter, recurrent sound syllables and – aha, put a pin in this – recurrent symbols.

Cookie is at that lasting point we all come to in life, that point that lingers, where we finally admit that some things we might have wanted just are not going to happen; in her case, a child to nurture and a family line to extend. Here again, O’Connor does not hammer us over the head with this, summarizing the idea within the opening paragraph thusly:

I often wonder who is worse off – a motherless daughter, such as me; or the daughter who fails to become a mother, the one who extends the line. Also me.

That succinct ‘Also me’ snaps the subject closed like the clasp on an heirloom locket. The situation has been examined, the subject is closed. But what happens when the imagined locket is opened by a stranger?

Tito, the house boy from an impoverished neighbourhood in Brazil has sallow skin and green eyes; also a head a shade too small for his body, but the green eyes are the thing to observe here. For Cookie also has a piece of green glass that she keeps on her desk for fiddling and inspiration (no £15 fidget spinners for poets!). And, at the end of the story, after her partner Lota does a kind service for Tito and his brother at Cookie’s urging, Tito in gratitude gives Cookie another piece of green glass. Two pieces of green glass to match two green eyes, to serve as reminders that not all nurturing needs to start from one’s own womb.

Now that kids, that’s how you write a short story.

Because I do not want to keep you all day reading my words rather than reading Nuala O’Connor’s much better words, I will not go on in similar detail regarding the other stories in Joyride to Jupiter. The title piece is just a perfect little gem, a truly unique take on the too-familiar situation of a husband trying his best to extend the joy of marital existence while his wife has the clouds of dementia close out their sun. Fish is a flash fiction piece, whimsical ad a bit naughty, about two across the courtyard neighbours who happen to see each other naked (Jeff Jefferies just flashed Miss Torso!); and Room 313 truly made me smile. I worked in a hotel for over four years and that story of a chambermaid’s experience with a guest … well, let me tell you, maybe O’Connor’s story is pure fiction but from my time at the check-in counter, it definitely rings true.

Ultimately, Nuala O’Connor and Joyride to Jupiter are like the person in the next seat you always hope to find on a cross-Atlantic flight. You know, the one who is interesting and entertaining, the one you love to have a conversation with; the one you might even take on as a friend. No, me neither. Never had that flight experience and don’t expect to either. That is why I always travel with a great book of short stories in my carry-on. I suggest you do the same, starting with Joyride to Jupiter.