RelatedPosts How To Make: Coconut Cake Balls How To Make: Chocolate Biscuit Salami How To Make: Bacon Roly-Poly How To Make: Deviled Eggs on the Go Strength: 6.7% ABV Brewed: Tottenham Hale, London Named after the old Cockney name given to the De Beauvoir area of London, where the brand was born in 2011, Beavertown Brewery now operates […] 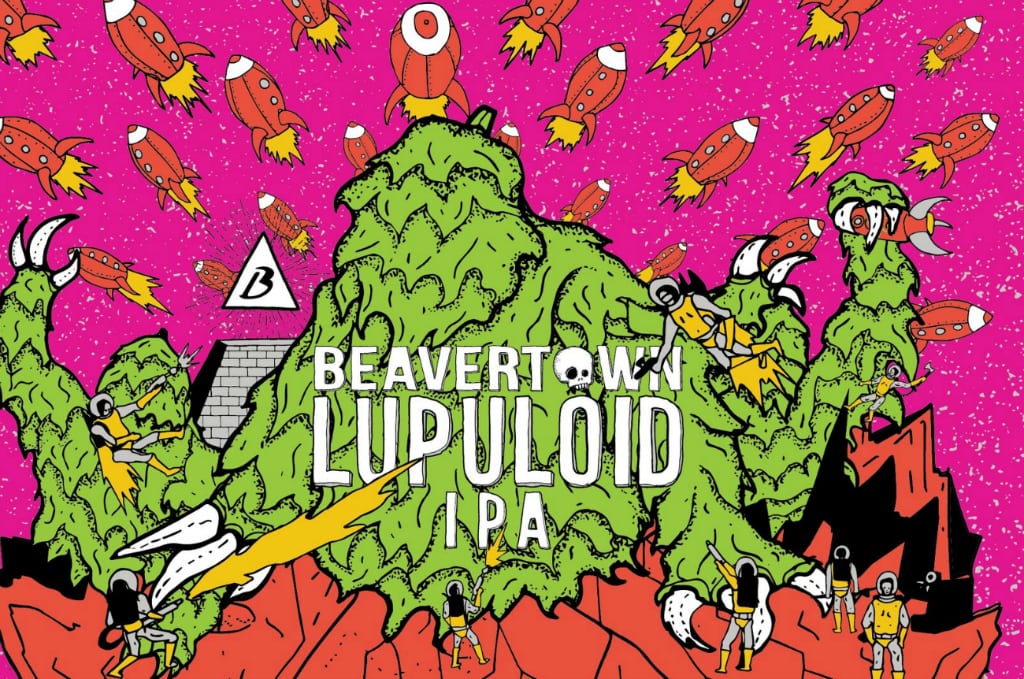 Named after the old Cockney name given to the De Beauvoir area of London, where the brand was born in 2011, Beavertown Brewery now operates from a site in Tottenham Hale. Having upgraded to a premises with a 50HL Brew House to work from, Beavertown has become renowned for crafting a core range of stunning beers, as well as some more adventurous seasonal offerings. In addition, the brewery also asserts some of the most striking label visuals to decorate their cans.

After four years of garnering their reputation as one of London’s most exciting craft breweries, Beavertown’s latest addition to their core range is their first quintessential India Pale Ale. Based on feedback following the introduction of “The Invasion Of The Lupuloids”, Lupuloid IPA is simply brewed with yeast, water, malt and hops. Extra Pale, Wheat, Flaked Oats and Acidulated malt are teamed with American Citra, Mosaic and Equinox hops. When poured, Lupuloid has a relatively hazy straw body that’s topped with a fleeting white head. On the nose, prominent notes of tropical fruits including pineapple, mango and passion fruit are joined by citrus aromas of grapefruit juice with orange and lemon rind. These are followed by underlying back notes of pine.

As expected, from the beer’s aroma, a huge hop character overpowers the malt accumulation, carrying further notes of tropical fruit (particularly passion fruit) with pithy orange and grass. Auspiciously, while this IPA does have a typical refreshing bitterness, the bitterness is less astringent than expected when considering the hop explosion on the nose. Instead, an outstandingly pleasant bitterness is followed by a clean, juicy finish with a remarkably smooth mouth feel.

Beavertown Brewery can be found at Unit 17-18 Lockwood Industrial Park, Mill Mead Road, London, N17 9QP and their full range can be purchased from beavertownbrewery.co.uk.