By Jonathan Hatchman, Food Editor, @TLE_Food Strength: 4.5% ABV Brewed: Ellon, Scotland Tired of a market dominated by industrially brewed lagers and ales, the team behind BrewDog set up the world’s first crowd-funded brewery in 2007. Now operating from a site in Ellon, just north of Aberdeen, a community of over 35000 investors own shares […] 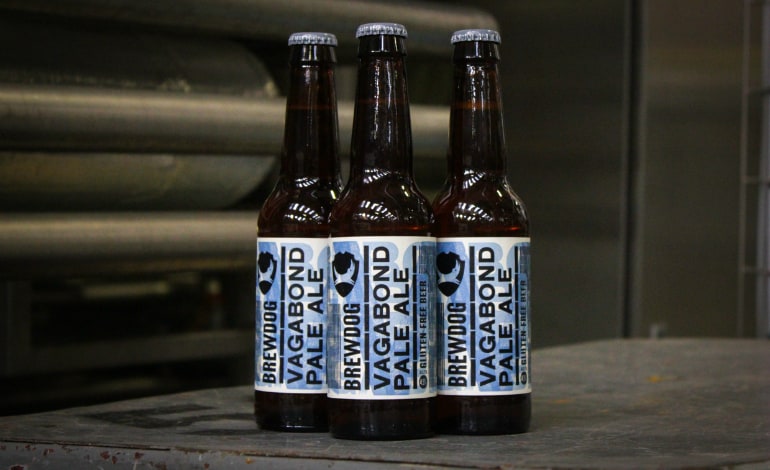 Tired of a market dominated by industrially brewed lagers and ales, the team behind BrewDog set up the world’s first crowd-funded brewery in 2007. Now operating from a site in Ellon, just north of Aberdeen, a community of over 35000 investors own shares in the business, with shares still available. And what’s more, the brewery that’s made for the people, by the people is still constantly striving to encourage passion for craft beer. 2015 was a huge year for the brewery in terms of success, as demonstrated by the infographic below, and this year is already shaping up to be just a big for BrewDog.

Having joined their already booming list of headliners early last year, Vagabond Pale Ale is BrewDog’s first gluten-free offering. Brewed using both Amarillo and Centennial hops teamed with a trio of different malts, the beer pours a gold/copper body that’s slightly carbonated and topped with a quickly disappearing white head. On the nose, aromas of citrus fruit (notably oranges and grapefruit rind) are joined by some herbal notes and slight caramel. As for the taste, the focus on hops lends a taste quite typical of IPA, albeit balanced with some piney bitterness and sweetness from the malt blends. To finish, there’s a slight bitterness, but it’s mainly rather sweet, completed with a buttery, syrupy mouthfeel not dissimilar to the taste of fairy cakes and madeleines – an all round pleasant beer, and a great choice for those that avoid gluten.

Vagabond Pale Ale is available to buy from a selection of retailers across the UK as well as from brewdog.com.

“Is this the end of the boom? No. But the market is undoubtedly pausing for breath.”