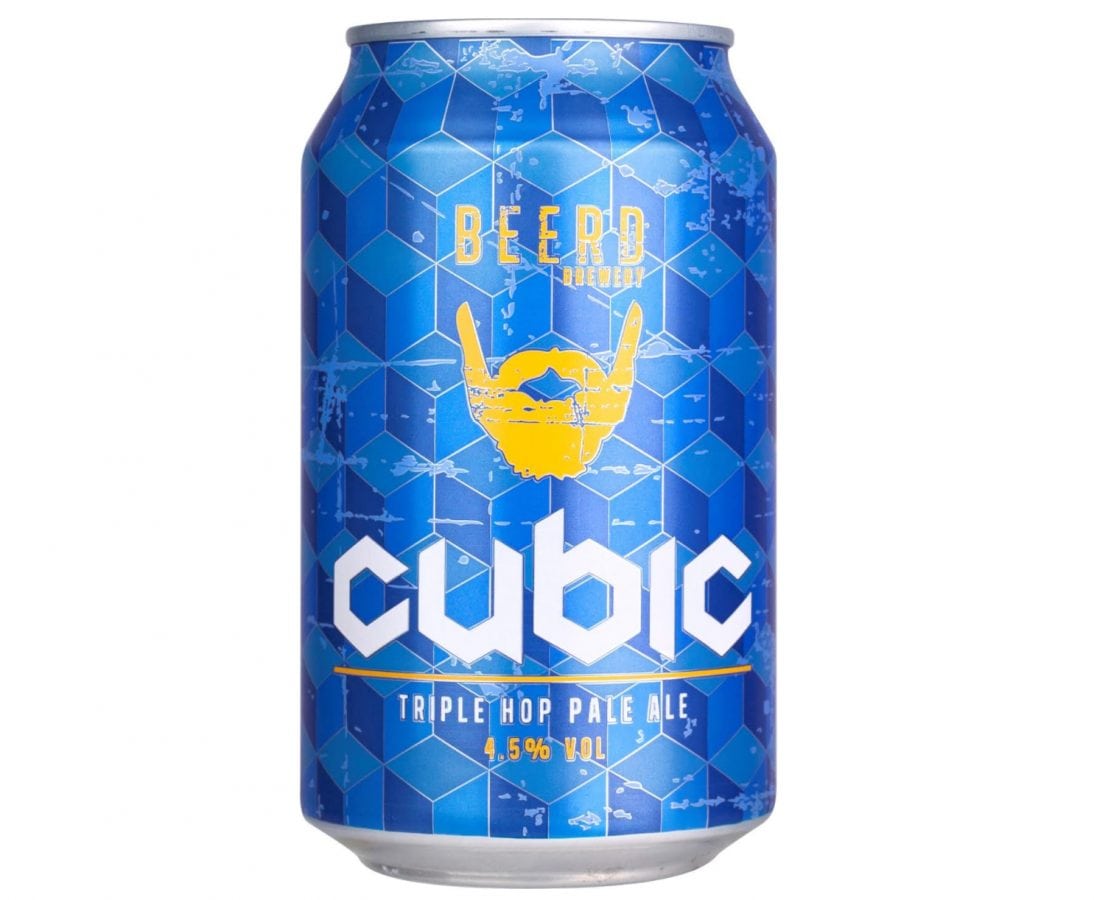 Combining traditional British brewing techniques with global trends and unconventional ingredients, Bath Ales-owned Beerd Brewery was born out of the eponymous Craft Beer & Pizza Bar in St. Michael’s Hill, Bristol. Since establishing, Beerd Brewery have crafted a constantly growing number of beers that showcase different brewing methods, from ‘extreme-hopped’ IPAs, to unfiltered Hefeweizens, through to their coconut porter or Bristol cream stout. Speaking about the Brewery, Beerd’s Head Brewer said: “To create exceptional beers you need passion and a desire to experiment – we live and breathe this approach so that we offer something for discerning drinkers to really enjoy. Beerd Brewery is out to redefine the rules and push the boundaries of beer as we know it.”

Brewed with Summit, Columbus and Citra hops – all from America – Beerd’s Cubic triple hop pale ale is very much a British interpretation of American Pale Ale. When poured from the can the golden liquid has a thin white head and soft carbonation. On the nose, an explosion of bold citrus notes is completely unsurprising, with profound orange juice and pink grapefruit peel. Elsewhere, tropical aromas of mango, passion fruit and dragon fruit are present, imparted from the Citra hops. These are complete with back notes of sappy pine resin and strong cashew nut.

The cashew nut and orange notes continue on the palate, though flavours of juicy peach and sweet butterscotch are just as distinctive. Surprisingly, given the hop character and profound fruit aromas, Cubic’s bitterness is actually quite subdued. Instead, a complex malt character is complete with further sweet notes of soft caramel that brings balance. Alongside the lingering sweeter notes, the finish is clean with a medium bitterness. While Beerd Brewery’s Cubic has a triple hop construction, the anticipated refreshing bitterness isn’t quite delivered. Still, it’s an enjoyable, easily quaffable brew with a relatively low ABV.

Further information on Beerd Brewery can be found at beerdbeers.com.