A highlight from the north London brewery's core range. 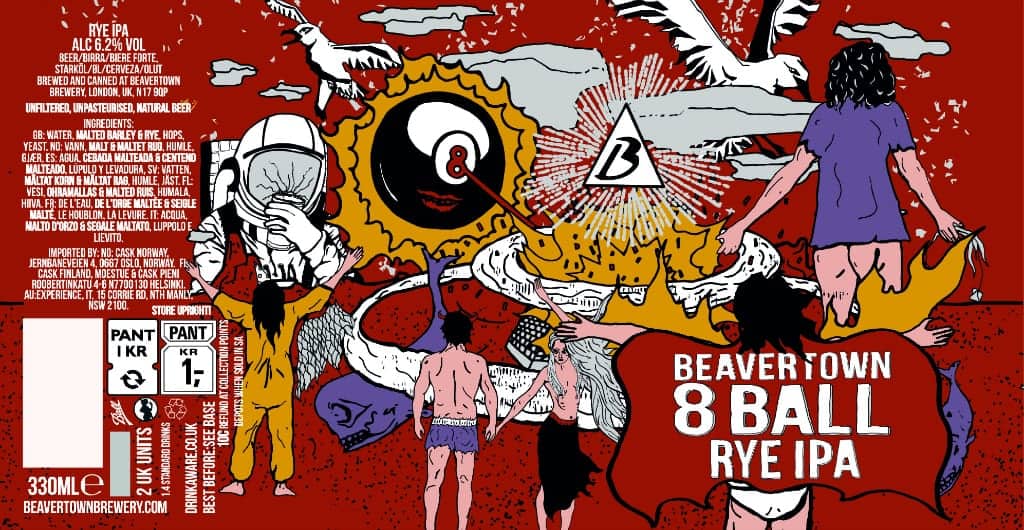 Named after the old Cockney name given to the De Beauvoir area of London, where the brand was born in 2011, Beavertown Brewery now operates from a site in Tottenham Hale. Having upgraded to a premises with a 50HL Brew House to work from, Beavertown have become renowned for crafting a core range of stunning beers, as well as some more adventurous seasonal offerings – not forgetting the fact that the brewery boasts some of the most striking label artwork to adorn their cans.

One of the brewery’s earliest recipes, nonetheless, is the 8 Ball IPA which uses rye in the brewing process, combined with an abundance of various American hops, for which (in true DIY fashion) a selection of old pool balls was used to weigh the hop sack down in the beer – hence the name. Poured from a can, the copper red body is almost completely opaque, yet light carbonation and some sediment can be noticed underneath the off white foamy head with very impressive retention. On the nose, the American-influence on brewing ‘8 Ball’ is omnipresent, what with an explosion of hops that lend huge aromas of tropical fruits such as mango and pineapple, joined by some citrus peel, a slight caramel sweetness, and – of course – the rye that carries on into the taste with an earthy, slightly spicy note. What’s most apparent, however, is the complexity of flavour with an exceptionally well judged balance, particularly in terms of the balance between sweetness and bitterness that both carry on into the beer’s long, dry finish.