The classic Beavertown beers will be available for a limited time. 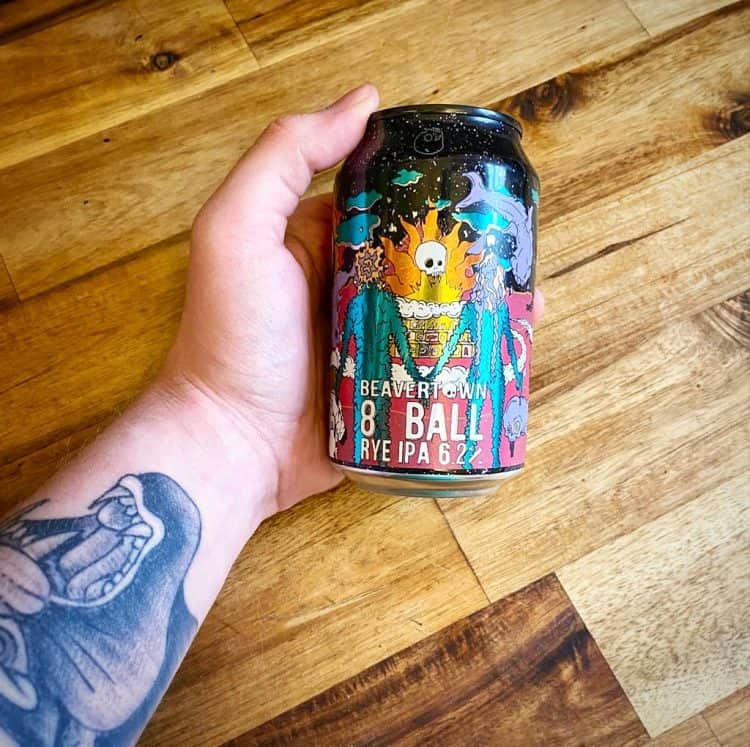 2021 has been huge for the London brewery, thus far, with a steady programme of new beer launches, plus the opening of Beavertown Brewery’s first pub, The Corner Pin, opposite the Tottenham Hotspur Stadium.

Having begun life on a 650L kit in a Haggerston BBQ restaurant, Beavertown now operates from a brewery in Tottenham Hale, which produces 5500L batches (around 9 million pints each year), while the brewery’s new home in Enfield will allow Beavertown to produce ten times this amount, with the facilities to brew 90 million pints a year.

One of the brewery’s earliest and greatest recipes, the 8 Ball IPA takes its name from the selection of old pool balls used to weigh the hop sack down in the beer, during the brewery’s early days. Rye is also used in the brewing process, alongside an abundance of American hops such as Citra, Simcoe, and Amarillo, plus Galaxy from Australia and Motueka from New Zealand.

On pour from the newly designed can, Beavertown 8 Ball Rye IPA has an amber/copper complexion, capped with a foaming off white head. On the nose, the American influence is omnipresent, with an explosion of hoppy aromas of grapefruit peel, orange juice, and mango. Some rye is also present alongside slight caramel, dank floral notes, and a whisper of pine. As expected, rye continues on the palate, with an earthy, slightly spicy note, set against more caramel, cereal, marmalade and juicy grapefruit and orange notes. With a slightly creamy mouthfeel, the beer also has moderate bitterness which lingers on the slightly dry, refreshing finish alongside further rye spiciness. A welcome, long-awaited return.