A ‘Super Session’ IPA from one of London's best breweries. 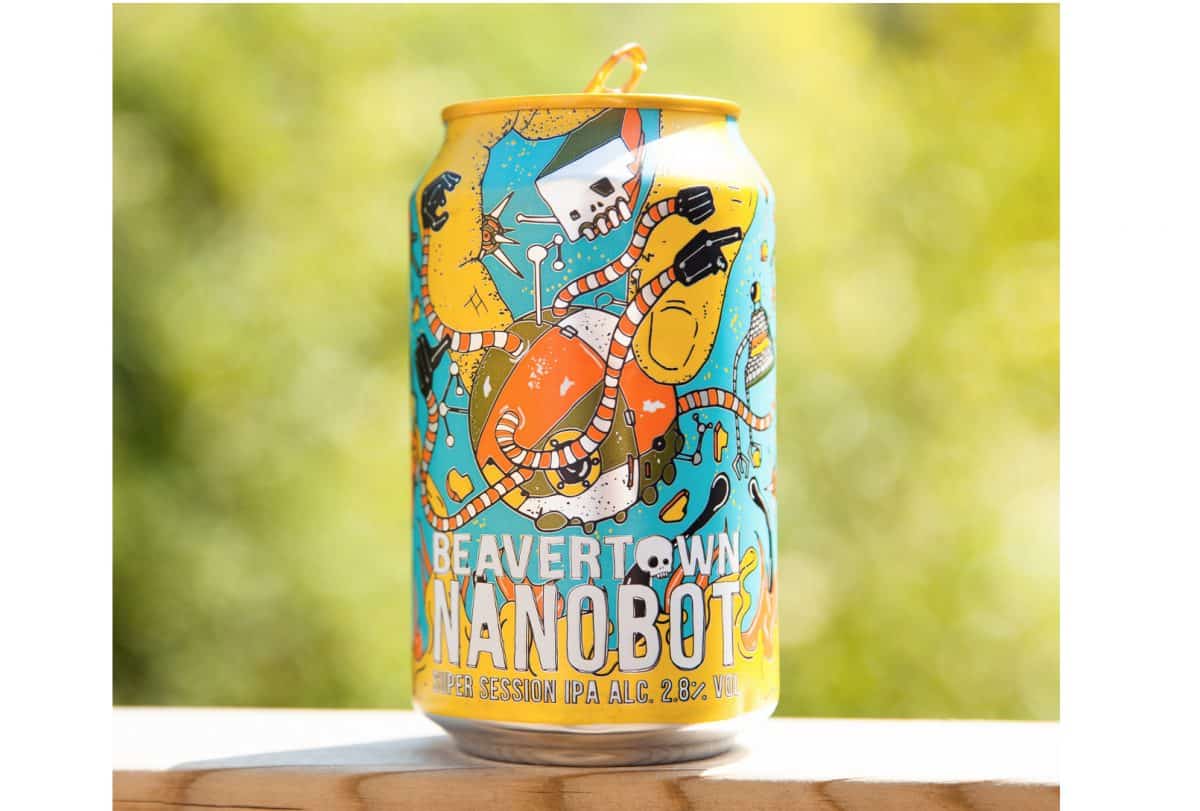 One of Beavertown Brewery’s new beers for 2020, Nanobot was introduced earlier this year.

Launched by Logan Plant in 2011, Beavertown has become renowned as one of the UK’s premiere craft breweries, with Heineken having bought a minority stake in 2018, pumping £40 million into the company, enabling them to build a new brewery and visitor site. The effects of the coronavirus outbreak and subsequent government-imposed lockdown have challenged the brewery to shift its business model, however.

Before lockdown, 85 per cent of Beavertown Brewery’s sales were from pumps in pubs, bars and restaurants. For the launch of Nanobot, Plant had forged distribution deals with both Fullers and Sainsbury’s, but with the closure of pubs back in March, the brewery continued to push the beer in Sainsbury’s as well as pivoting to offer an improved direct-to-consumer model via its webstore. Investing in the team and infrastructure to improve its tiny webstore, as well as changing its production plants to focus on cans over kegs, online sales eventually soared with the launch of Nanobot, achieving £25,000 in just 24 hours. “It’s now the second biggest turnover for business for us. It’s grown 1000% which is crazy,” Plant told The Drum in May.

Having begun life on a 650L kit in a Haggerston barbecue restaurant, Beavertown now brews in 5500L batches, producing around 9 million pints a year, with plans to soon produce up to 90 million. From brewing to branding, the brewery believes in creativity, in everything they do, dedicated to crafting high quality beers, with award-winning core range staples including the likes of Gamma Ray American Pale Ale or Neck Oil Session IPA. With a taproom and microbrewery inside the stadium, Beavertown is also the official craft beer of Tottenham Hotspur (though you shouldn’t hold that against them – Spurs are their local team, after all).

A ‘Super Session’ IPA, Nanobot is brewed to 2.8 per cent ABV, using Sabro and Simcoe hops. Created to give beer drinkers greater choice when it comes to their drinking experience, without having to compromise on quality or flavour, Nanobot joins a new wave of excellent low ABV beers: a far cry from typically disappointing ‘light’ beer styles. (They’ve also just released a brand new non-alcoholic IPA, Lazer Crush). The addition of oats and wheat give Nanobot a fuller, richer mouthfeel, intending to lend an experience closer to that from an IPA with around 5 per cent ABV.

On the launch of Nanobot, founder Logan Plant said: “When Beavertown started we were all about creating punchy, big-hitting beers that people hadn’t had before in the UK. Nowadays, people want even more from their food and drink choices to suit their lifestyle and a lot of the time, that can mean choosing a low ABV or less calories at the expense of something else – flavour. We want to remedy that with Nanobot”.

On pour, Nanobot has a slightly hazy straw complexion, crowned with a tight white head. Tropical fruit aromas are joined by some citrus notes of lemon and tangerine alongside pine resin. Tropical savours of mango and lychee are distinct on the palate with some crispy pale malt, and a zip of lemon and grapefruit rind. Some light pithy bitterness develops on the clean finish to counteract the beer’s moderate sweetness. Another bold new low ABV beer.

Nanobot is available from Beavertown’s online shop and in 230 Sainsbury’s stores across the nationwide.