By James Walker I had a date – a rare occasion for a guy that looks like a bargain bucket Damian Lewis. How did I decide to impress her? By taking to her to a restaurant that happened to be renowned for its queues. I’m not opposed to queueing. I’ve queued for far less than […] 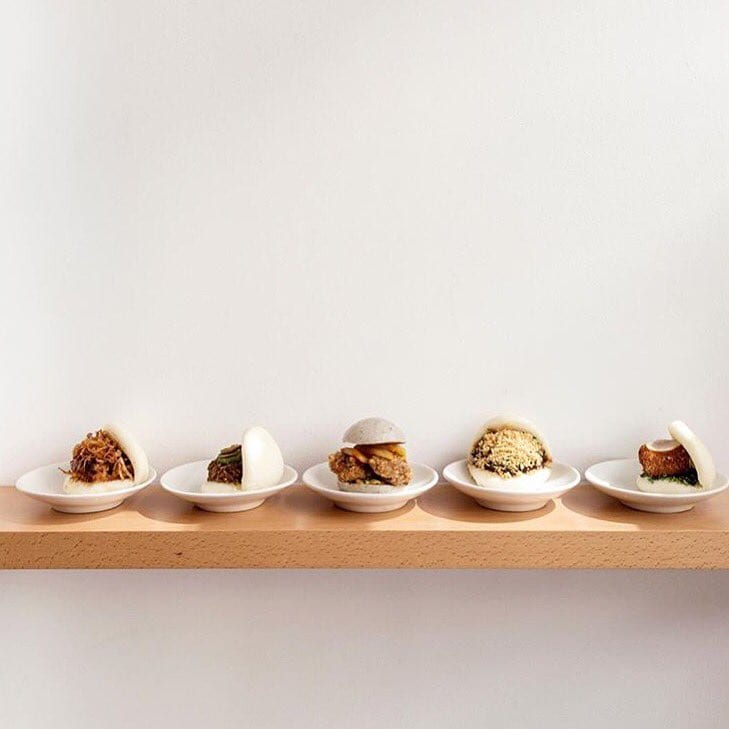 I had a date – a rare occasion for a guy that looks like a bargain bucket Damian Lewis. How did I decide to impress her? By taking to her to a restaurant that happened to be renowned for its queues.

I’m not opposed to queueing. I’ve queued for far less than the Taiwanese street food served at BAO: a Pizza Hut, train tickets and urinals. But I usually have the comfort of waiting indoors.

We spent a good half-an-hour standing on the corner of Lexington Street outside BAO; me freezing half to death and her fashioning a hood out of her scarf. A hostess was eventually sent outside of the living-room sized restaurant with a tray of polystyrene cups of tea for those of us left out in the cold. A considerate gesture, but by the time I had taken a few sips of what tasted like water left out for a few days, I wanted to pop the question: ‘kebab?’

Finally we were waved inside. The room felt spacious despite the 32 person capacity. The lowlight coming from low hanging lamps was bright enough to read the menu by. That’s more than can be said for some of the other restaurants on the culinary square mile that have taken lowlighting to the Hollister extreme.

We were sat between other diners at a long beech wood bar akin to a flat pack IKEA desk. The Asian communal eating thing can be a right pain when you’re at one of Wagamama’s long tables, bumping elbows with the family of four next to you. BAO is an exception to the rule. Elbows remained un-bumped and our conversation never felt overshadowed by our neighbours. The bar top wasn’t lacking for space either – a welcome departure from the French tiny table fashion that’s been creeping into even the best Soho restaurants as of late. The staff, kitted out in white shirts and aprons that appeared to be lab coats at a glance, went through the menu with us. Our waiter explained the untraditional way of ordering. You simply pencil in the quantity of an item you want on the menu and they gradually bring it all over.

Perhaps aware that we had now endured a good forty minute palaver without a bite to eat, our waiter barely finished jotting down our order before he reappeared with the first dish: the classic bao.

Thank god we didn’t cave into the kebab.

The classic bao is a steamed milk bun, folded over into a Michelin Man roll and filled with braised pork, fermented greens and coriander before being topped with a sprinkling of peanut powder.

It tasted incredible. An initial scepticism of sweet peanut powder combined with the citrusy flavour of coriander was waved away by the first mouthful. The rich meatiness of the pork and the tang of the coriander never felt overpowered by the distinct taste of peanut. The three ingredients actually complimented each other a little too well, making the addition of fermented greens appear to be an afterthought.

I was halfway through the classic bao when our waiter brought over a fried chicken bao, my second dish. This turned what was meant to be a date into a spectator sport. My date still hadn’t received the dish she was after, leaving her to look on as I tactlessly wrapped my jaw around what looked like a messy mutation between a wrap and a burger.

It was then that she asked: ‘Where are the toilets?’

‘Well that’s that,’ I thought ‘I’m going to be left here with the bao and a bill while she breaks out of the bathroom window.’ I pointed her to the ladies’ room and hoped for the best.

The fried chicken bao I’d been left with provided little comfort. My local chicken shop makes chicken to an equal standard on its better days, and the Sichuan mayo listed on the menu swam under the radar. It was pleasant enough for a fiver, yet the only distinguishable difference between the fried chicken bao and a KFC Zinger Burger was the considerably lighter sesame seed bun. One of the anonymous lab coat ladies arrived with my guinea fowl chi shiang rice, trotter nuggets to be shared and the first bao for my date. She re-emerged from the loo right on cue. I might have been spared the anxiety of waiting on her, had the service been less presumptuous.
I thoroughly enjoyed the trotter nuggets, and so did my date until it was explained to her that a trotter is a pig’s foot. The guinea fowl rice, whilst a touch on the heavy side, came a close second to the blow-away taste of the classic bao. The slices of guinea fowl were succulent and the rice neatly avoided the cloying starchiness of Wasabi’s steamed rice.

What could have been a top notch finish to a totally satisfying meal, turned into a limp dismount with the arrival of the honey oolong tea. If there was a trace of honey in the Chinese clay tea pot, it was lost on me. For all I knew, I was drinking the same lukewarm kettle water I’d been drinking for free in the queue.

The bill was a pick me up. Twenty-five pound per head will get you more than your money’s worth in fantastic food here.

However, the problem with BAO is getting food worth the time you spend queueing. For four quid you won’t find anything better to eat than the classic bao, but with plenty of other worthwhile restaurants in Soho taking bookings over the phone, it’s impossible to justify a forty minute wait in the cold for little milk buns.
If you can wait for their Fitzrovia place to open in May, or make it over to the quieter BAO BAR at Netil Market where their venture started, then you owe it to yourself to try what BAO has to offer.