From the brewery’s core range, the beer is soured by Lactobacillus and dry-hopped with Citra. 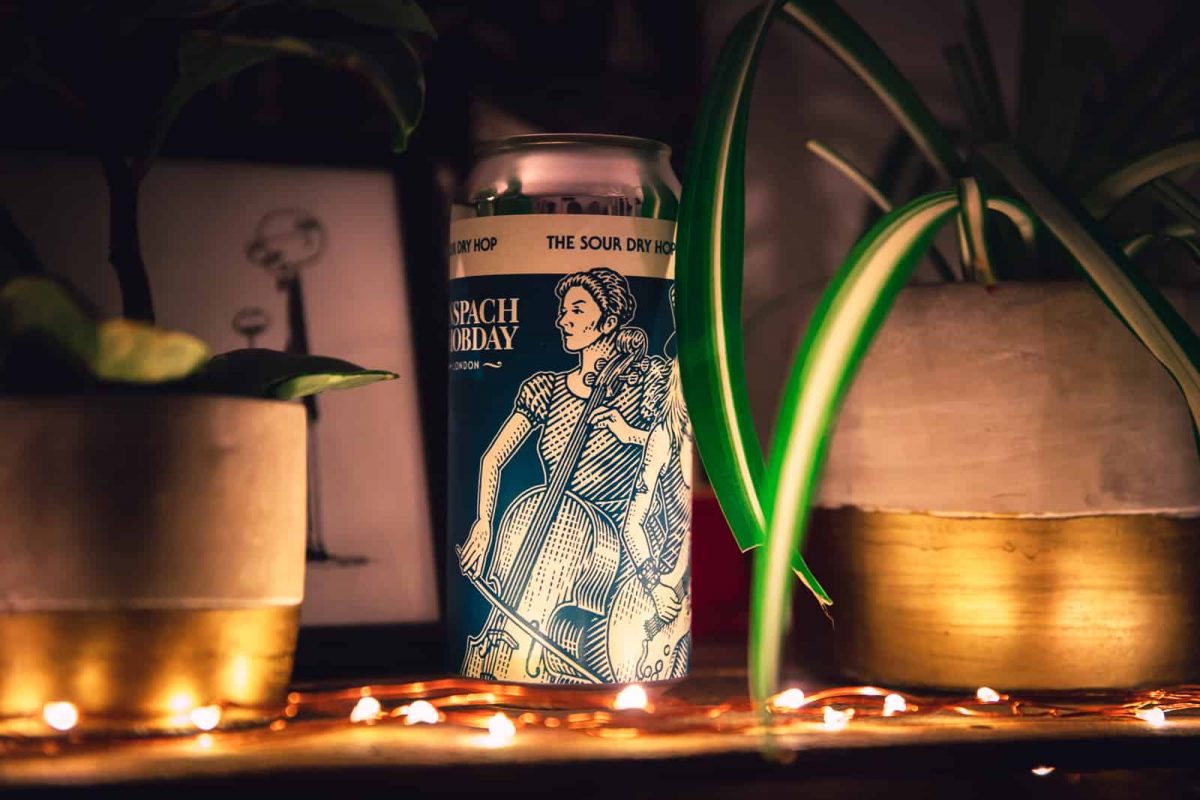 The canned range includes the brewery’s core range beers, and a monthly-changing special. Monthly mixed case subscriptions are also offered, plus collaborations and specials. Available in 440ml cans, core beers include the likes of The Pale Ale, The Ordinary Bitter, The Lager, and The Sour Dry Hop. The cans are available for delivery from the brewery’s webstore, in packs of four, 12, or 24.

On the launch of the new can range, Anspach & Hobsday Chairman and Co-Founder, Jack Hobday said: ‘We’re extremely excited to launch the first range of Anspach & Hobday cans. It means we’ll be able to get our beer straight to our customers in the freshest way possible. They’re more ecological and more economical and of course they showcase our fantastic illustrations! Beautiful beer in beautiful cans. We’ve been working on our cans since our crowdfunding in January of early last year, so it’s rewarding to deliver and give our fans what they want and deserve.’

Anspach & Hobday Head of Production and Co-Founder, Paul Anspach added: ‘We’ve been wanting to can for a while, not only because of how they look and feel, but because at the end of the day it’s better for the beer. Less Oxygen and no light means a better shelf life and our beers tasting at their very best!’

Described as “the perfect balance of Old and New World brewing”, The Sour Dry Hop is inspired by classic Berliner Weisse beers – once brewed in Berlin, known as the ‘Champagne of the North’. Soured by Lactobacillus and dry-hopped with Citra, the golden, slightly hazy beer has prominent aromas of lemon zest alongside some grassy hop notes. Tart fruit continues on the palate, dominated by lemon, with a suggestion of lime, feint pineapple and peach joined by yoghurt notes. Light – medium bodied, Anspach & Hobday’s The Sour Dry Hop is pleasantly sour, with a refreshing finish rampant with lemon sherbet.

Anspach & Hobday’s cans are available for delivery when ordered via the brewery’s webstore.