By Linda Marric What is there left to say about Terence Davies that hasn’t already been said? Considered to be one the most accomplished filmmakers of his generation, the director of Sunset Song, Distant Voices Still Lives and Of Time And The City amongst other gems is back with his new film A Quiet Passion, […] 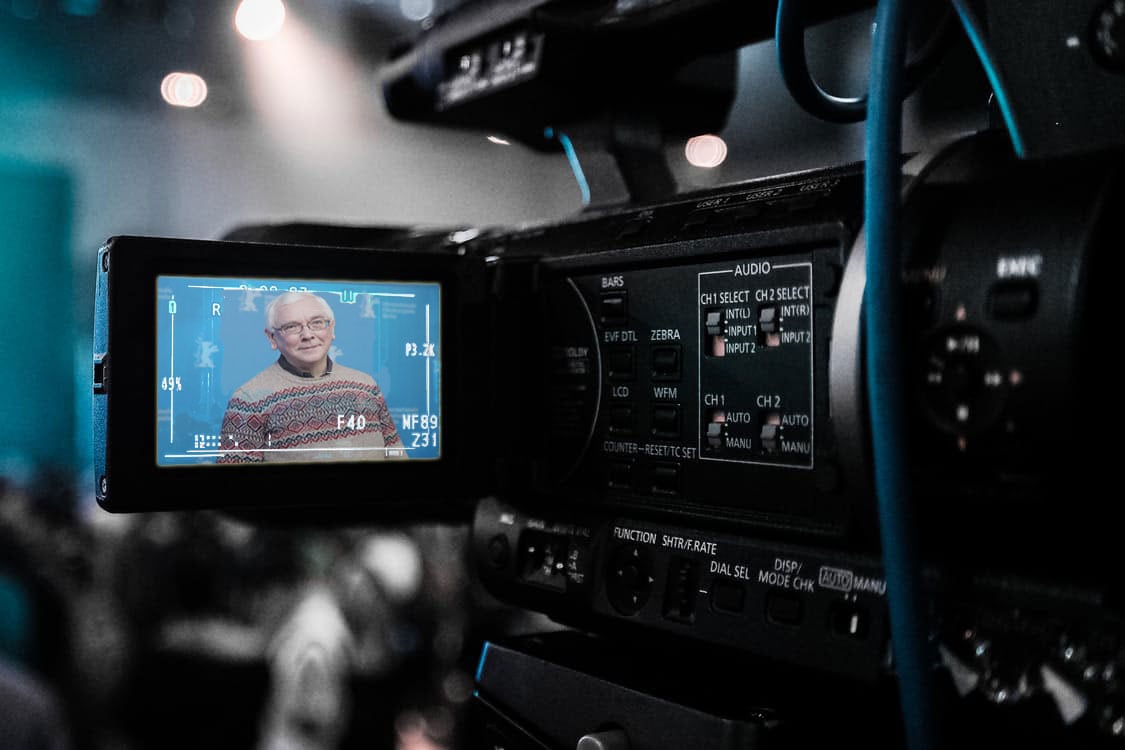 What is there left to say about Terence Davies that hasn’t already been said? Considered to be one the most accomplished filmmakers of his generation, the director of Sunset Song, Distant Voices Still Lives and Of Time And The City amongst other gems is back with his new film A Quiet Passion, in which he tackles the story of reclusive American poet Emily Dickinson. The film is a beautifully crafted, witty and moving account of a woman whose body of work only became universally known after her passing. Starring the brilliant Cynthia Nixon as Dickinson, the film tells her story with a huge amount of tenderness and honesty, and allows for a whole new generation to discover Dickinson’s story and her wonderful poems. Last week, I had the chance to speak to Terence Davies about his new film and the process he went through in writing then directing a story which is very close to his heart.

First of all, I just wanted to say how much I enjoyed the film and how funny and witty I found your dialogue. At what point of the process did you decide that you were going to be taking it in that direction?

T.D: It sort of happened over the period of writing, which is usually for me three drafts and a polish. You work out a sort of structure in the first couple of drafts, and then you want to start to enrich it. I didn’t want her to be solemn, she was a genius, and was one of the greatest American historical figures, but she did ordinary things as well….she baked, she gardened and played the piano. I wanted it to be fun and alive. When she was introduced to Vrylling Buffam, who was in fact Lavinia’s friend [Emily’s sister], I thought with a name like that, she’s got to be fun, she’s got to be one of those people that you love coming around. When I was growing up in Liverpool and my sisters’ friends would come around on a Friday, and I was allowed to go for the make-up, I would always think “I hope so-and-so comes”, and she’s one of those people who you want to come around all the time. And not only that, I think she also encouraged the rebel in Emily…so yes it was important to not make it too solemn.

This isn’t the first time that you’ve featured Dickinson in one of your films – we can hear you reciting her poetry in Of Time And The City. What attracted you to her persona? Have you always wanted to make a film about her life?

T.D: The answer to that is no, the first time I heard of her was when I heard Claire Bloom’s reading of Because I Could Not Stop for Death, at that time I was only 18 and worked as a lowly book-keeper and never thought I would be involved in the arts. So no, it was only about ten or twelve years ago that I started re-reading her and wanted to know more about her.  It’s an extraordinary life, although she never really went anywhere, it was an incredible rich inner life as well as being a really closed one. I just thought it was extraordinary that someone who became virtually a hermit at the end kept on writing poetry. But also what draw me to her was her spiritual quest, I mean I was brought up a Catholic and really did believe till I was twenty-two, and I think she was brought up an Episcopalian. When you’re told that you have a soul, and you believe you have a soul, what do you do when you believe that there is no God – how do you keep hope alive? And she does it in her poetry, because she never comes down either way on the subject. She always manages to tread the middle ground, with always a little bit of hope that there may be something there. And the fact that she carried on writing poetry in the face of complete indifference from publishers, that’s incredibly courageous.

How did it feel for an Englishman to be immersed in that whole American Gothic era, which of course has its roots in Europe, but is deeply American at the same time?

T.D: I grew up watching things like The Heiress (William Wyler), and The Old Maid  (Edmund Goulding), which were fantastic. I think that when you have those as your template, you’re trying to be as good as that, if you possibly can be. They were also part of my existence, I felt like I was paying homage to those films as well. And at the end of the day, we’re all human beings whether we speak the same language or not, we all go thorough exactly the same things….we go through youth and passion and hope, and as we get older we have to confront the one thing that will beat us all, and that’s death. What do we do in the face of that final extinction?

On that subject, there’s a noticeable death strand going through the film, with at times truly harrowing and lengthy death-bed scenes. Can you explain the thinking behind those scenes?

T.D: Yes, when I was six my father had cancer and died a terrible death….because in the ‘50s that’s what you did, they gave you morphine and sent you home to die. I saw him in agony, and I saw how awful that death was. They would have gone through agony before they died, and you have to show it, I think. Some people, I’m sure, might say it’s far too long and gruesome, but I think it’s important to see the difference between then and now.

You wrote the part specifically for Cynthia Nixon….what had you seen her in before which made you say, I really want to work with this person?

T.D: I had written a comedy for which we didn’t get the the money a long time ago, and I got to meet her in New York,  and I had liked her very much indeed. Anyway, the film didn’t come off, but her face kept on coming to me when I was writing the script for A Quiet Passion. We found the only photo of Emily at seventeen, and Cynthia looks like an older version of her.  What was really lovey was that she grew up with the poems, she grew up listening to recordings by Julia Harris, and that was an added bonus. And she stayed with it for four years, god she was so loyal… [laughs]

Was it hard for you to decide which bits of Emily’s life you were going to tell? Was there a reason why you focused mostly on her adult life and didn’t dwell so much on her formative years?

T.D: The formative years are important to a certain degree, but it’s when she’s an adult where the great work starts. It’s true of every writer when you’re young, your juvenilia is so indebted to other writers because you don’t have a voice yet…..you have to write through that, and then find your own voice. Also,  there were all the financial constraints attached to the production so I was limited with how much I could film, I had to bring it in at two hours, it had to be done. I was contractually obliged to have it at that and not any longer and I managed it.

There’s a strong family theme attached to this film. It’s a theme that you find yourself exploring over and over again – do you feel like you have more left to say about family?

T.D: I grew up in a very close family and so did she, and the family is the source of all that is wonderful and awful in life. When you look at Greek drama, it’s all about families really, it is an inexhaustible supply of drama, it just is. It has an effect on us all, because we have all been in families and we all know what being in a family is like. The one thing I keep saying about them is, when they row they really go for one another, because that’s what happened in my family and that’s what happens in every family.

And religion? Do you find that you still have more to say on the subject?

T.D: Of course! I am always going back to that because I was brought up as a strict Catholic, and the idiot I am, I believed it, I got to twenty-two and I thought it’s actually a lie, it’s just a bunch of men in frocks. So I’m now a devout born-again atheist.

Can you tell us what your plans for the future are?

T.D: Yes I am working on two things, one script is already finished and we’re casting and raising the money for it. It’s called Mother Of Sorrows, and is based on a lovely American book by  Richard McCann. And I am also in the process of writing a script about Siegfried Sassoon [WWI poet and soldier], but I have no idea when either of these will be ready.

A Quiet Passion is in cinemas from Friday 7th April