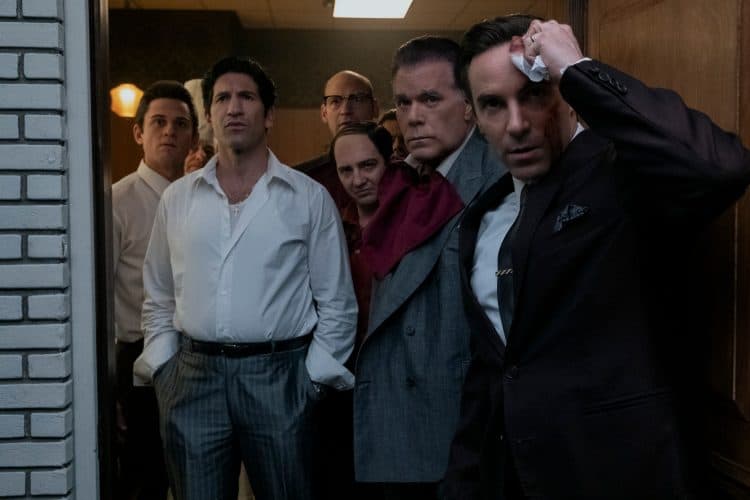 Prequels don’t come more anticipated than this crime saga about the formative years of one Tony Soprano, the eponymous fictional New Jersey mob boss made famous by the groundbreaking HBO series The Sopranos. Premiering on the premium network in January 1999, the series which was created by David Chase, eventually bowed out gracefully in 2007 with a much talked about ambiguous ending, but not before redefining the place of made for TV dramas in the eyes of cinema purists . Now 14 years later, director Alan Taylor has delivered a truly sensational film which is sure to delight fans of the show and newcomers alike.

New Jersey, 1967. Young Anthony Soprano (robustly played as a young adult by the late James Gandolfini’s son Michael in a genius bit of casting) is growing up in one of the most tumultuous eras in Newark’s history. While race riots have turned the area into a deadly battle field between racist, corrupt cops and the black community, it is business as usual for every mobster in town hoping to capitalise on the chaos around them.

While a smart and studious Anthony finds it hard to relate to his own mobster father (Jon Bernthal), the young man grows up idolising his uncle Dickie Moltisanti (an intense and accomplished performance from Alessandro Nivola).  Meanwhile, Dickie has some demons of his own to contend with – his deeply condescending and hot tempered  father Aldo (Ray Liotta) has recently returned from a holiday in Italy with a new younger wife in toe.  Dickie’s inherited hot temper resurfaces when he is put in an impossible position by first his father and later aspiring crime associate Harold McBrayer (Leslie Odom Jr., superb).

Whether one is an avid Sopranos fan or simply here for the ride, The Many Saints of Newark has something for everyone and that’s where its appeal lies. Director Alan Taylor and screenwriter Lawrence Konner deliver a deeply compelling and unabashedly violent mob saga which wears its influences proudly on its sleeve. As for those influences, there are more than just passing nods to Scorsese’s Goodfellas, a film that has undoubtedly more than influenced the original series.

Still, there is very little here to grapple about and both young Gandolfini and Nivola put in two electrifying performances and bounce off beautifully against one another. Elsewhere Ray Liotta serves up his trademark menacing tone with stunning precision, while the always excellent Corey stoll delivers the goods once more as the quietly furious nice guy whose patience is being constantly tested.

With a fair bit of self-reflexive flair and rather amusing Easter eggs designed to delight the show’s faithful, the film does exactly what was expected from it, even if it does sometimes loses itself slightly in the second act. A genuinely thrilling film which will make you want to break out your Sopranos boxsets and watch the whole thing from the start again.