★★★★☆ Bill Nighy is left piecing together the mysteries of his son’s disappearance in British Scrabble comedy Sometimes Always Never. Board games are rarely a source of huge excitement but first time director Carl Hunter finds humour and emotional pain in this offbeat and surprising comic drama. Nighy’s characteristic deadpan delivery is brilliantly utilised in the […] 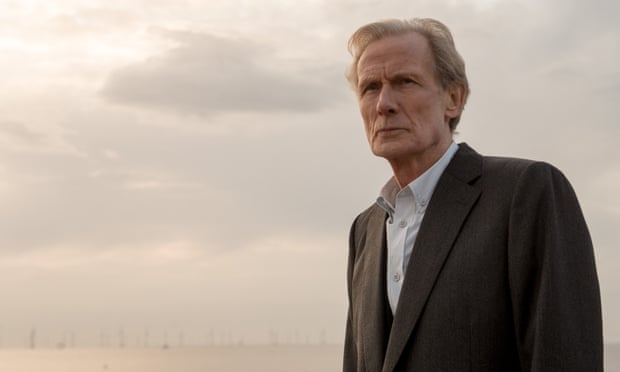 Bill Nighy is left piecing together the mysteries of his son’s disappearance in British Scrabble comedy Sometimes Always Never. Board games are rarely a source of huge excitement but first time director Carl Hunter finds humour and emotional pain in this offbeat and surprising comic drama.

Nighy’s characteristic deadpan delivery is brilliantly utilised in the role of Alan, a retired tailor who has spent decades searching for his lost son who left home abruptly during a game of Scrabble. His second son Peter (Sam Riley) is visibly frustrated by both his father’s eccentric idiosyncrasies and inability to move on with his life. Despite some irritations, he is always there to support Alan and even travels across the country to identify bodies.

Despite the many setbacks, Alan never gives up hope. While playing Scrabble online, he finds an opponent whose word choice is remarkably familiar and he begins to believe that his lost child is trying to contact his again.

The plot contains a number of twists but the relationship between Alan and Peter lies at the true heart of the film. Central to their abrasive relationship is a struggle to communicate – they finding it easier to articulate themselves through Scrabble than in real life interactions. Frustrations build up between them and on several occasions Peter cannot even stand to be in the same room as his father. But however maddening Alan might be, Peter remains loyal to his father and even allows him to stay over on an indefinite basis despite Alan having a home of his own.

Perhaps surprisingly Alan forms a mentor-like bond with his teenage grandson Jack (Louis Healy) and is able to help him find confidence in himself with some genuinely thoughtful advice and a well cut suit. All is not lost and similar progress with Peter may not be out of the question. As the story progresses it becomes clear that the film is more about loss, the effects of trauma, and hope than the hunt for Alan’s lost son. Peter and Alan may have been detached for decades but this doesn’t mean that this distance cannot be bridged.

A story that might appear a little dour on the surface is given warmth and an undeniable charm by the regular injections of sharp humour. The dialogue perfectly fits Nighy’s dry delivery and simultaneously mocks his aloof manner and makes him seem more human and relatable. Alice Lowe, Jenny Agutter, and Tim McInnerny are all well cast in supporting roles and help counteract the peculiar quirks of the lead characters.

While there is the odd moment that brings to mind Wes Anderson and Richard Curtis, Sometimes Always Never stands as a unique and memorable film. It might be deceptively low-key but it is easily one of the best British comedies to be released in recent years.

Sometimes Always Never will be in UK cinemas from the 14th June.