No stranger to controversy, Oliver Stone continues his exploration of personal conflict enmeshed with the political, in his latest film Snowden. Bringing fresh perspective on Edward Snowden – the man, and his whistleblowing on covert civilian data monitoring by the NSA (National Security Agency), the film casts a paranoiac shadow over labyrinthine, secretive government operations […] 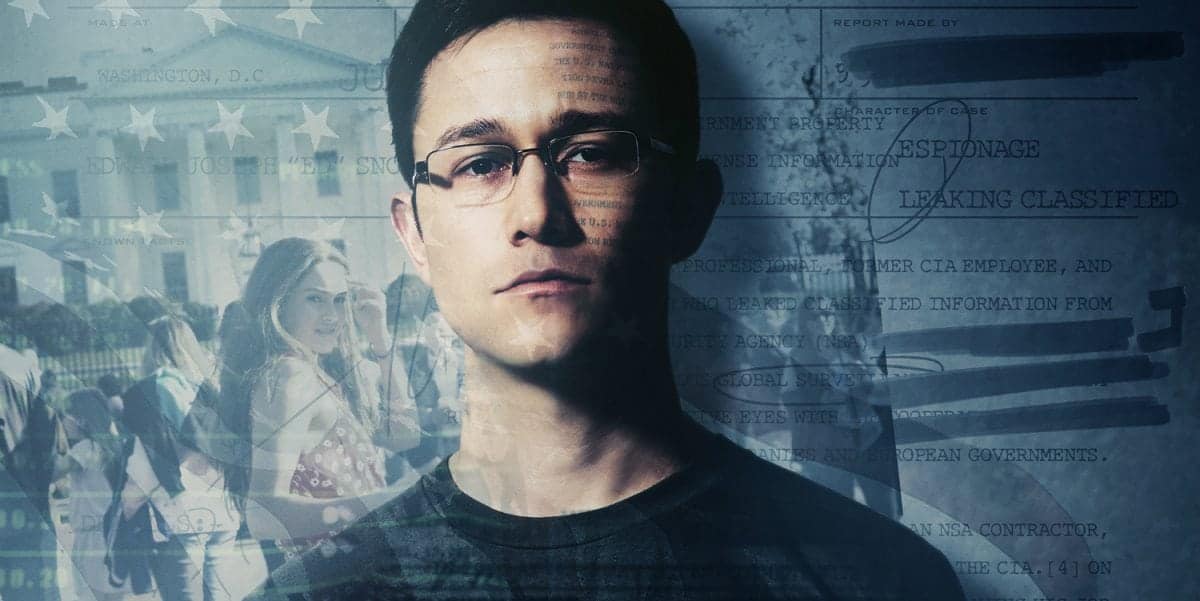 No stranger to controversy, Oliver Stone continues his exploration of personal conflict enmeshed with the political, in his latest film Snowden.

Bringing fresh perspective on Edward Snowden – the man, and his whistleblowing on covert civilian data monitoring by the NSA (National Security Agency), the film casts a paranoiac shadow over labyrinthine, secretive government operations resulting in a tense, dramatisation of events.

Building on Laura Poitras Oscar winning documentary Citizenfour, the film starts at the now infamous rendezvous at the Mira hotel, Hong Kong, where Snowden (Joseph Gordon-Levitt) meets Poitras (Melissa Leo), and Guardian journalists Glen Greenwald (Zachary Quinto)  and Ewen MacAskill (Tom Wilkinson) for the dropping of the bombshell that reveals governmental secretive civilian surveillance programmes using data collected from key technology and telecommunications companies. Unpicking the path that leads to this climactic moment of recent history, Stone sets out to unmask the man behind the infamy and draws a convincing and restrained portrait of a very ordinary, exceptionally intelligent, computer whizz, at odds with the increasingly complex, clandestine practices of his government.

Snowden doesn’t fit the often attributed profile of  un-American or anarchist, but is instead portrayed as a very patriotic American idealist from a military family,  whose sole aim, apart from relishing earning a stack of cash and having top level security access, was to serve his country. Inner conflict emerges only as his ideals clash with the increasingly dark underground political world he is privy to, shattering his ideals of working for US intelligence. Stone portrays with taut dramatic tension, Snowden’s creeping realisation, and increasing alarm, that he is party to an undeniable deception of the American people as well as an infringement of civilians’ liberty both in the US and globally. Stone spells this out, when Snowden ominously points out to his work colleagues, that the second tier of the Nuremberg Trials were of people who thought they were just following orders and serving their country, a damning parallel, affording us deeper insight into the moral nature of his inner conflict. Snowden’s path out of the shadows towards whistleblowing ingnominy is set and is fraught with danger and sacrifice. The unrelenting cost of his very moral decision.

The film also conveys the toll on a physically frail Snowden, whose optimum stress levels play havoc with his epilepsy. We also peer into his romance with long-term girlfriend Lindsay (Shailene Woodley) adding additional dimension to his inner conflict and desire to protect her in light of his decision.

Ultimately Stone’s film will be divisive, reflecting the divisive nature of Snowden’s revelations. You are either for or against him. There is no denying that Stone is clearly for and goes on to hold our very democratic systems to account. After all, if these agencies are allowed to operate covertly outside of the law, regardless of which political party is in power, then who do they answer to? What does this say about the condition of our modern democracy? Does it even matter if we vote at all? Just some of the questions Oliver Stone entreats us to brood over, as Snowden lives in exile whilst his deepest fears are realised, and ‘all goes quiet’ as people go on with their lives as if nothing has happened. Not if Oliver Stone has anything to do with it.