I was stood waiting for a train on platform 14 at Manchester Piccadilly station about 10 years ago. I was going to see my Mum who was in hospital in Chester, she was not very well at all, I was very worried about her. Whilst on the platform, I noticed a lady standing quietly by […]

by John Locke
in Entertainment, TV 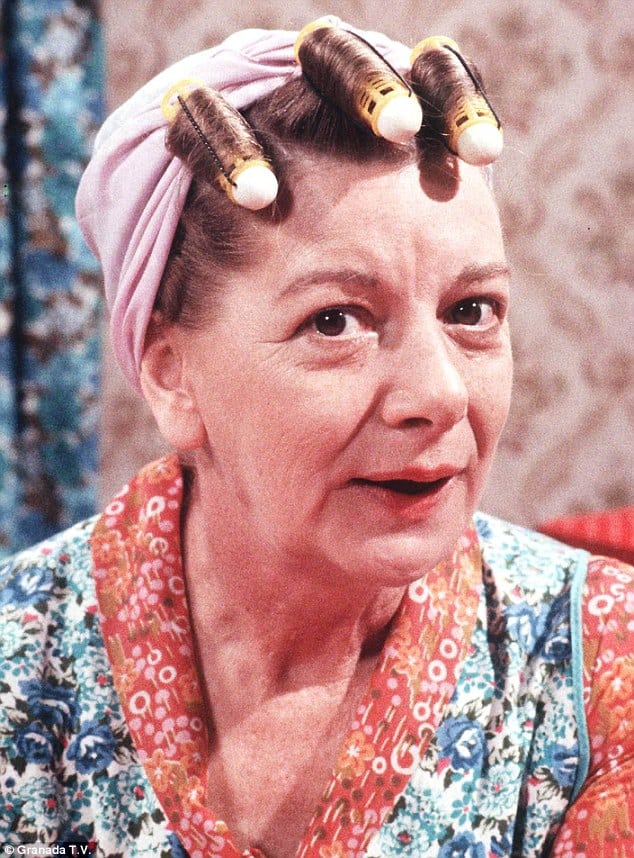 I was stood waiting for a train on platform 14 at Manchester Piccadilly station about 10 years ago.

I was going to see my Mum who was in hospital in Chester, she was not very well at all, I was very worried about her.
Whilst on the platform, I noticed a lady standing quietly by the entry to the waiting room wearing a raincoat, and clutching a handbag.

She had perfectly set hair, like ladies of a certain age and generation always used to wear it.

She seemed a little confused and a tiny bit anxious but very still and private.

I looked at her quizzically, until it dawned on me who this person was.

This lady standing quietly, ignored by all, looking ahead at the times of trains scrolling on the screen above our heads, had once been one of the most famous women in Britain.

One of our most loved and celebrated actresses and the favourite of arguably the Worlds greatest ever actor, Laurence Olivier.
It was Jean Alexander.

As Hilda Ogden She had performed in the homes of almost every person in our country for decades.
Her talent was huge and all encompassing.

She could play comedy superbly and with pathos, express pain and sorrow with complete empathy and her frustrated, gossiping shrew of a nosey neighbour defined the character type for all who followed.

She was loved by many millions.

As She stood there alone and seemingly a little lost at the station, I suddenly felt protective, concerned and wanted to approach her to check everything was okay, but reticence stopped me.

I didn’t get chance to approach and ask if everything was alright anyway, as my train arrived.

As I stepped up and onto the train, I glanced back at her and She caught my eye and smiled slightly.

I felt a shiver go through me … I had been smiled at by a true living legend of British popular culture.

I called Nigel Pivaro who had played bad boy Terry Duckworth in Corrie the next day.

He and I had made acquaintance out and about in town and at the Hacienda, the Press club and my much missed gaff The Northern over the years.

I said I had seen her and explained I thought She looked a little confused.

He assured me not to worry, She always travelled by train and taxi – seemingly always had, even at the height of her fame.
He promised he would call her to check how She was.

He described her as made of strong stuff and She would have probably been doing her best not to be noticed.

A true and brilliant actor at all times then, as no one else except me even seemed to see her.

It was a bit of pure and real Manchester magic for me.

Seeing a true Northern star standing quietly and anonymously at a railway station as the World hurried on around her.