Review by Leslie Byron Pitt Moments after the title credits for Everybody Wants Some pop on the screen, it’s clear to many that College was never like this. But director Richard Linklater’s latest feature is the type of coming of age film that allows a few viewers to wallow into the fantasy that this college […] 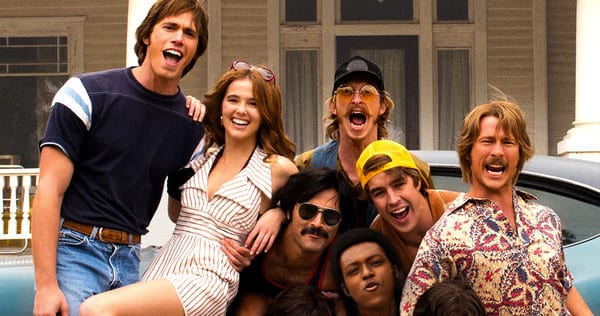 Moments after the title credits for Everybody Wants Some pop on the screen, it’s clear to many that College was never like this. But director Richard Linklater’s latest feature is the type of coming of age film that allows a few viewers to wallow into the fantasy that this college is what they wish it would be.

Considered a spiritual successor to the hazy 70’s set cult hit Dazed and Confused (1993), Everybody Wants Some, also feels like a continuation of Linklater’s critically acclaimed hit Boyhood (2012), despite its 80’s setting. Where Boyhood ended with its main character looking forward towards further education, Everybody Wants Some drops us three days before the start of the college year. Jake (Blake Jenner) is the hot shot pitcher who is starting a baseball scholarship at a Texas university. Over the course of three days Jake and his teammates navigate sub-cultures and contemplate their identities as competitors as well as people.

Feminist writings of Everybody Wants Some will certainly be eyebrow raising reads. Linklater makes no apologies for making the film a rowdy (and funny) guys feature. A film with an ample amount of “male bonding” (drinking and hooking up), this loosey goosey, plot-light, party-heavy film is a brash portrayal of youthful masculinity. Something that Linklater has often enjoyed toying with. These jocks pour over the scantily clad girls as much as the debate locker room superstitions.  Yes, they have that trademark Linklater pontificating, but it’s hard not to see many of the guys as Steve Stiflers with more a few more IQ points. Strangely, this isn’t necessarily a bad thing. The care free love of babes, beers and baseball is quite invigorating in an age where we’re so quick to cater to audience sensitivity. Everybody Wants Some is good at infiltrating the aspects which make these guys charismatic. In the same way that Jesse’s portentous edges are sanded down by his overall sweetness in Before Sunrise (1995), these Jocks, who are willing to interact with other sub-cultures as well as dig into their competitive nature, are miles ahead of the 80’s bullies that populated the film culture at that exact time.

Really, Everybody Wants Some is a chance for Linklater to explore the mystique of male behaviour and rituals as done before with his magnum opus of Boyhood as well as “lesser” features such as Tape (2001). It’s immensely easy to frown upon this as yet another simple male coming of age tale. Indeed the differences between Linklater’s jocks and motley crews featured in so many films are minuscule. However, Linklater’s film excels in making his bunch a group you would have actually enjoyed hanging with at university. Drenched in Shane F. Kelly’s warm cinematography and fuelled by an eclectic retro soundtrack to die for, Everybody Wants Some doesn’t reinvent the wheel of college movies, but it’s more than happy to keep the laughs and loves turning.

Everybody Wants Some is out in cinemas on the 13th May