Review by Leslie Byron Pitt Jeremy Saulnier’s stomach churning thriller; Green Room hits you with the blunt force of a dull cleaver. Its execution is brutal, it’s characters timely and its tension more than palpable. Saulnier previously delved into the mundane yet murky effects of amateur revenge in his earlier feature; Blue Ruin. Here in […] 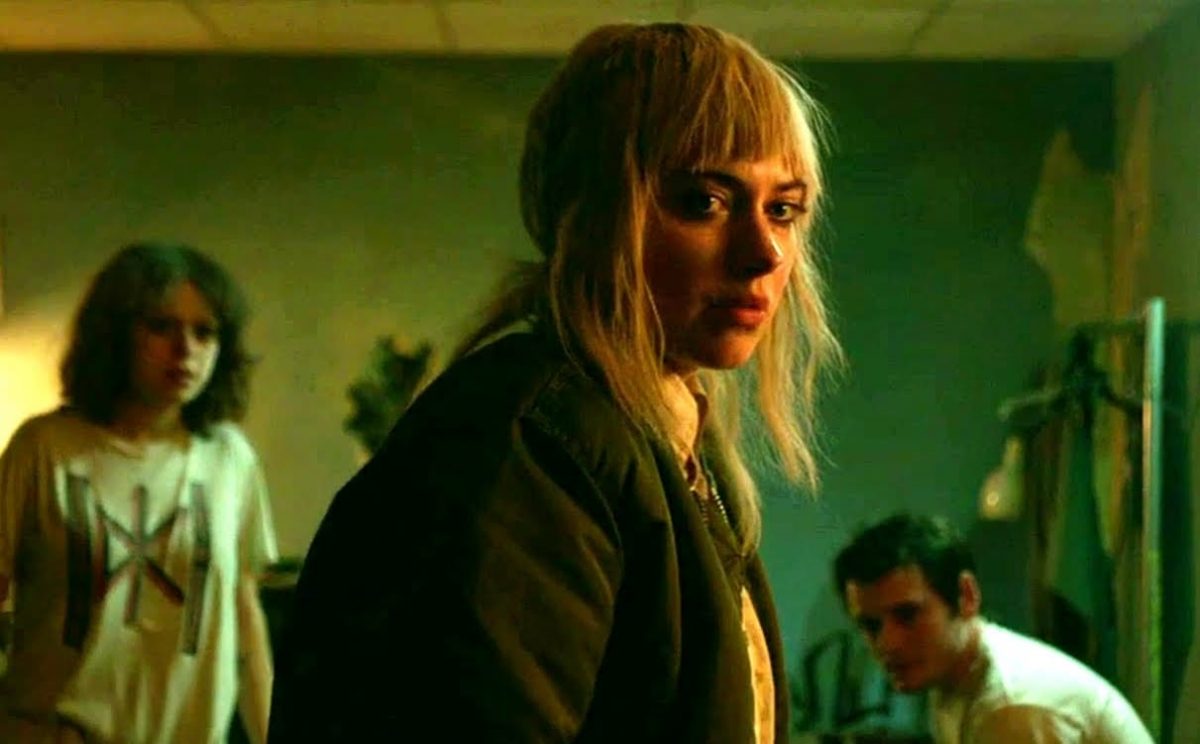 Jeremy Saulnier’s stomach churning thriller; Green Room hits you with the blunt force of a dull cleaver. Its execution is brutal, it’s characters timely and its tension more than palpable. Saulnier previously delved into the mundane yet murky effects of amateur revenge in his earlier feature; Blue Ruin. Here in Green Room, he mines at the often mentioned white anxieties with a similar, creepy accuracy, compacting a measurable amount of visceral thrills into a tight siege picture.

Green Room shares DNA with the likes of Assault on Precinct 13 (1976) but also Xavier Gens’ Frontier(s) (2007). While Gens is stronger at pinpointing the misguided reasoning behind such unrest, delivering a film which shows us where such anger lies (its lead victims are Muslims, that still relevant aspect alone alters the dynamic), this doesn’t mean that Saulnier doesn’t fully enjoy sucking all the air out of the room.

Opening with all too accurate images of struggling bands, gigging for singles and cutting corners for fuel, a tip off by a local radio host leads a travelling punk band; The Ain’t Rights to a somewhat dubious gig a Neo-Nazi gig in a wooded area outside of Portland. While heading back to the green room to obtain their gear, the group is witness to an incident which soon pits them into a violent and vicious fight between The Ain’t Rights and a group of murderous skinheads.

One of the more entertaining points of view Saulnier picks up with Green Room is a fight for legitimacy as well as purity. The Ain’t Rights led by Pat (a squeaky Anton Yelchin) start the film as an all too cool, slightly pretentious, idealistic group of musicians who don’t appear on social media or go digital to help bolster their sense of authenticity. They talk a big game about the purity of their music, being in the moment and jokingly cover “Nazi-Punks Fuck Off”, to the crowd to show just how big their gonads are. When the circumstance turns violent and the stakes rise, we see the group frail and falter at the situation. When the proverbial shit goes down, the kids don’t automatic transform into miniature John McClaine’s. Only their aggressive drummer Reece (Joe Cole) can only really hold his own.

Much like Macon Blair’s Dwight Evan in Blue Ruin, these aren’t dab hands, they’re amateurs and survival will not be a walk in the park. Their aggressors (whom are literally seeking racial purity) are equally looking for a sense of legitimacy. Their organized “cleanup” procedures and coded words hint at the fear that we’re not dealing with a bunch of simple hicks. Their leader; Darcy (played by an eerily subdued Patrick Stewart) directs proceedings with the type of disturbing level-headedness which easily sends chills up the spine. For them this is a movement. A build up to larger things.

Complexity isn’t the focus here. While Blue Ruin enjoyed the lack of clear cut relationships and murky family pasts, Green Room’s awards come from its richness of tone and setting. Be it the films early scenes laborious travelling from gig to gig by the band, to the hostile venue itself. Even the violence itself (some excellent practical effects) holds a powerful sense of authenticity. When bellies are sliced and bones are broken, it’s hard not to wince.

Having the ability to create these densely enclosed and detailed microcosms seem to be Saulnier’s bread and butter. A director who won the indie film lottery by taking a Kickstarter funded feature and premiering it in Cannes, his films are not only good at getting bloodied dirt under the fingernails. He also seems to enjoy toying with certain expectations. The Green Room isn’t just the titular location where most of the action is. There’s a greenish tint that is attached to many of the visuals. Colour psychology mentions that Green can symbolises balance, neutrality and nature. That idea alone gives the ultra-violent aspect of Green Room a morbid sense of humour, much like some of the dark jokes which punctuate the screenplay. It’s also clear that in a lesser film, we’d see the traits of character completely dictate certain paths in the narrative. We can imagine Imogen Poots as a typical damsel/love interest. The early actions of Reece implant particular expectations of where his character will go, as does Anton Yelchin’s Pat. However, film arranges its characters in such a way that we’re never sure who will survive, if any. Saulnier is happy to throw twists out of left field to keep the anxiety raised.

This shotgun blast to the gut of a film happily feeds on anxiety. As a person of colour, the question of representation does rear its head. I’m still itching to see when a film like this can be played out with Black/Asian leads without the idea of the film being tagged as “specialist” or niche if not made at all. However, Green Room’s unromantic portrayal of its “heroes” as well as their clear stance towards such hostility at first glance is notable. What some wouldn’t give for one or two of their colleagues to be as condemning when no people of colour are around.

This aside, Green Room is the Carpenter-like thriller (See also The Guest, Cold in July, et al) that many are getting used to receiving each year. It throbs with energy, seethes with hate and lands every blow it throws. The disquieting voice of Patrick Stewart, commanding an army of Nazis, is one that is hard to shake out of your head. Saulnier’s thriller works because the villainy grounded so realistically, the violence is so palpable and the stakes feel so high. Blue Ruin was an assertive breakout movie for a director with a solid voice. Green Room shows that such a voice should only be supported and allowed to grow larger.

Green Room is out in cinemas on 13th May