Review by Leslie Byron Pitt Note: This review contains what could be considered mild spoilers Twenty four year old Joy (Brie Larson) and her son Jack (Jacob Trembley) live as hostages inside a squalid shed in Ohio, which they describe as Room. They eat, sleep and exercise all within this tiny space as captives of […] 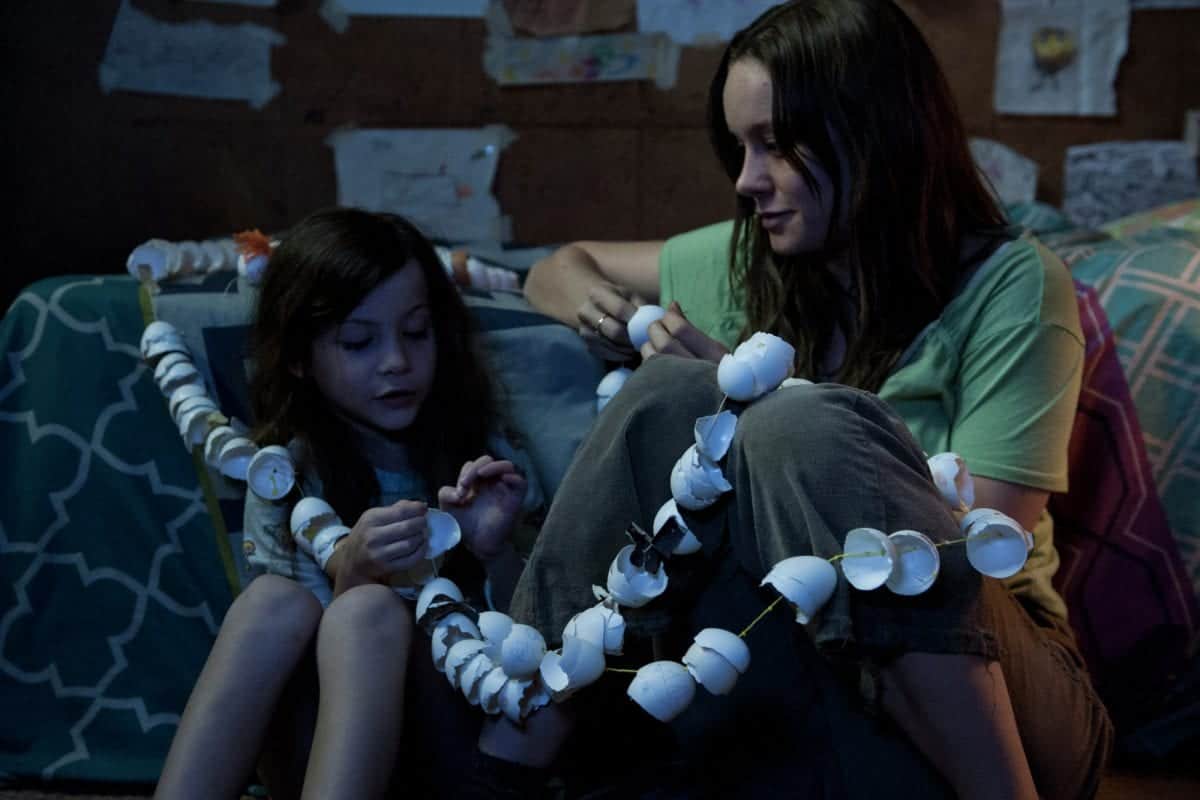 Note: This review contains what could be considered mild spoilers

Twenty four year old Joy (Brie Larson) and her son Jack (Jacob Trembley) live as hostages inside a squalid shed in Ohio, which they describe as Room. They eat, sleep and exercise all within this tiny space as captives of a man they name “Old Nick” who routinely abuses Joy. Jack (a product of abuse) is often hidden from Nick by Joy, who does her best to give Jack a positive viewpoint. The struggles of raising a child in such enclosed space, along with the mental pressures that have been placed by Nick have now pushed Joy into looking for a means of escaping Room with Jack.

This may sound like too much of the film’s story, yet the film actually is more about aftermath than anything else. This is a second watch of Room for this writer, without the dizzying glare of media hype and the glittering dazzle of its lead actresses Oscar win. The film still highlights director Lenny Abrahamson’s interest in outsiders and mental anguish. A second viewing of the film outlays more of the film’s subtleties. There’s more appreciation towards the Abrahamson’s use of form and space. The film’s pivotal moment; an escape attempt is perhaps one of the director’s finest moments to date. The simple aspects that we so easily take for granted, really hit home to a character who experiences them for the first time. The first real sight of the sky and trees. The feel of grass under the feet. It’s a revelatory moment similar to the brief but knowing moment that occurs in Cormac Mccarthy’s novel; The Road, in which a small can of Coke becomes more than just a sip of soda. That such feelings occur at such a tense moment only layers the film even more.

While this moment gives forth a freeing expulsion of air and illuminates a film which is rightly claustrophobic at first, it also never recovers from such an emotional peak. Room never really places a foot wrong in its execution, but because of this, it never really falls out of any comfort zone. Abrahamson’s earlier works may not be pieces that would turn The Academy’s head’s but remain memorable for their rough edges. Room shows the director’s growth as a filmmaker and this is certainly a more effecting work than his stumbling tragicomedy Frank (2014). Despite this Room never settles into the gut like What Richard Did (2012), which holds a climax that unsettles and challenges a viewer far more than what occurs here.

What Room excels in, is its performances. Larson and Trembley’s chemistry cannot be dismissed. In typical award movie form, this is a film lead by its actors over anything else and it shows. Abrahamson, who’s proven himself to be a solid director of actors, once again shows one of his strengths. Improvising conversations between two junkies is one thing (see his 2004 debut Adam and Paul), but the performance that is coaxed out of Jacob Trembley should not be ignored.

This doesn’t make Room any easier to recommend. Darker and more challenging versions of this type of feature already exist and draw more out of a viewer than seen here. The southern grotesque visions that lay within Terry Gilliam’s Tideland (2005) or the feverish dreamscapes the appear in Bernard Rose’s Paperhouse (1988) seem to play in the same ballpark as Room, but pull off stronger more lasting impressions when talking about abuse and lost innocence. In Room it’s well produced score raises just at the right time. It’s tightly wound visuals are neatly composed. Despite its themes, it wants to make sure that you’re rightly replenished once you’ve left it. It’s no wonder it gained a lot of award buzz, it seems made distinctly for it.

Tags: What Richard Did