by Hayden Mears
in Film 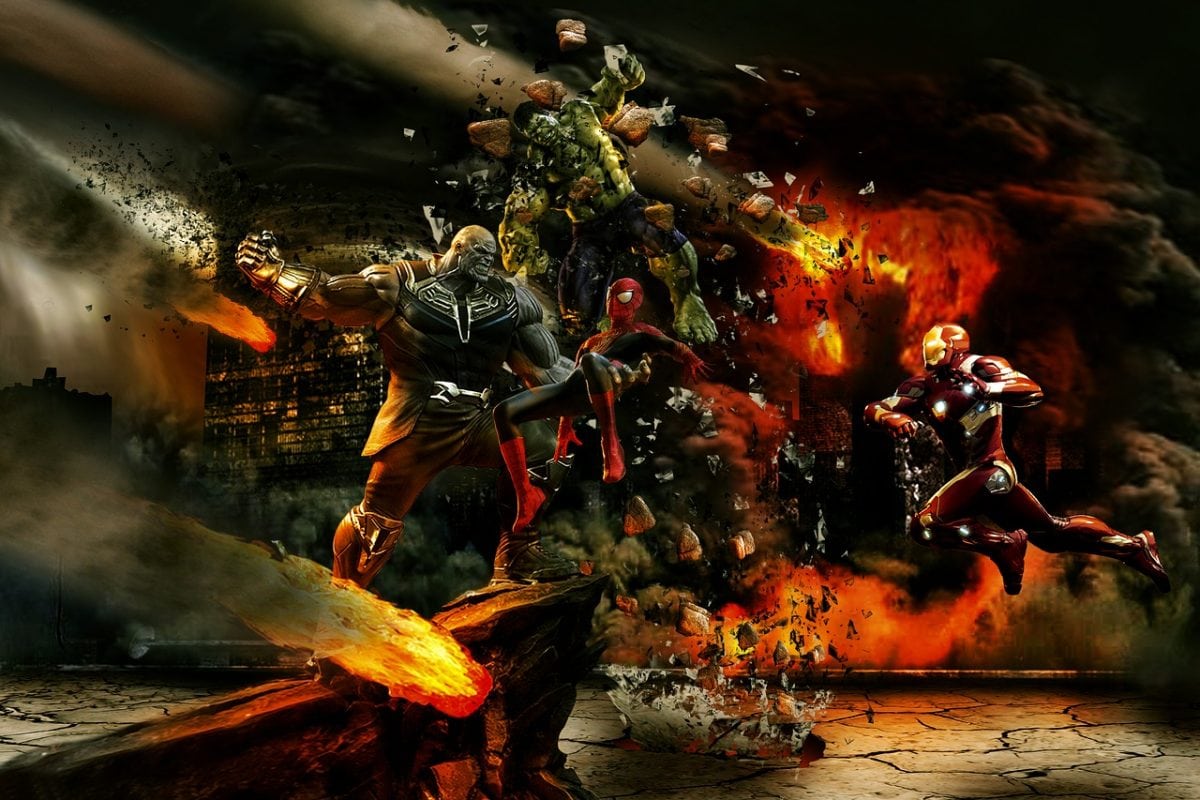 Avengers: Infinity War is not the film it was three months ago.

In most cases, the labeling of any moviegoing experience as “an event” is a mark of excellence. Infinity War is absolutely an event film, but that’s just about all it is. Without its promises of shock and awe, the film crumbles. It’s a vapid action-adventure inspired by comics made with more zeal and more confidence, which is a damn shame considering the richness of that source material.

Infinity War is about watching Tony Stark catch a crumbling Peter Parker following a botched attempt to stop Thanos. It’s about witnessing the “deaths” of characters our culture has grown accustomed to catching onscreen at least once a year for the last decade. The film’s myopia is apparent from the get-go; it’s sometimes unclear if Joe and Anthony Russo realize just how temporary it all is and how silly its self-importance will be when its sequel hits theaters next May. Few of these deaths evoke the feeling of finality that precedes incredulity, but the film insists that they matter. That we’re about to see the universe fall to shit fo’ real. The bottom line? The film relies too heavily upon manufactured ramifications and not enough on earning those consequences.

Of course, there is the argument that ten years of build-up is more than enough justification for the creative choices here. That’s a fine argument, but it’s still bullshit. Give us a movie that’s a movie. Not a dull 2 1/2 hour build-up to one scene (two, if you count Gamora’s death). What they’ve put out is a film that’s only enjoyable before the credits roll on the first viewing. Once the film answers “How many genocidal aliens does it take to totally screw the Avengers?”, there’s no need to revisit it. Its appeal starts and stops at the initial “Oh, damn!” reactions Disney so desperately wanted from audiences.

Thanos, the de facto protagonist of the film, is the only spinning wheel on this dysfunctional Marvel vehicle. The Russos carve him from their own sympathies and communicate his turmoil with a competence that would’ve certainly benefitted the rest of the proceedings. Oh, and his conviction is pretty sexy too. It’s a shame that he’s the only part of this crowded picture worth admiring.

The success of Avengers: Infinity War demonstrates Marvel’s ability to put asses in seats regardless of how worn its characters and concepts feel.  The “Thanos Demands Your Silence” campaign definitely played its part in hyping the film, but the bulk of the credit should always go to MCU architect Kevin Feige. The man has proved himself an indomitable force whose storytelling tactics have caused tectonic shifts in the way movies are presented to us. It’s insane, honestly. After-credits scenes are now just as vital to any theater visit as the guy two rows down who won’t shut the fuck up. Third-tier comic book characters now line department store shelves, gazing up at us and screaming for release from their plastic prisons. We live in a different world because of his trailblazing and we should never deny him that recognition.

It could be an augury of some encroaching mediocrity or simply a misfire for the Russo brothers. While my inner cynic fervently believes the former, the latter is more likely. The pair’s first MCU outing, Captain America: The Winter Soldier, still ranks among the best Marvel movies ever released. As evidenced here, both directors possess a narrative know-how that usually lends itself to solid visual storytelling. Some of that competence echoes in Infinity War, but not much. There are too many characters looking too bored for the film to have any sort of coherence or cohesion. In all fairness, though, there was no way Disney would allow much else. It’s not that the company did it intentionally; it’s that it has become frustratingly complacent.

That’s not to say the film is completely devoid of merit. A handful of scenes (“I’ll do you one better: WHY is Gamora?”) are far too good for the rest of the product. Beyond these fleeting moments of fun, the film is consistently average. It’s not worth the praise from fans or the panning from critics because it exists in this weird, unidentifiable space between memorable and forgettable.

People will remember the deaths and the destruction, but will they remember the movie? Probably not because the anticipation is the film’s value. Now that that’s gone, it has little to show for it.

Avengers: Infinity War is out now on Digital HD.