By Sam Inglis Most of my go to Christmas movies are the same as anyone else’s: It’s A Wonderful Life, Gremlins, Muppet Christmas Carol, Die Hard, Die Hard 2 (it’s underrated, and as much a Christmas movie as the first). Then there’s this. This is the Manos of Christmas movies: It’s terrible, has been on […] 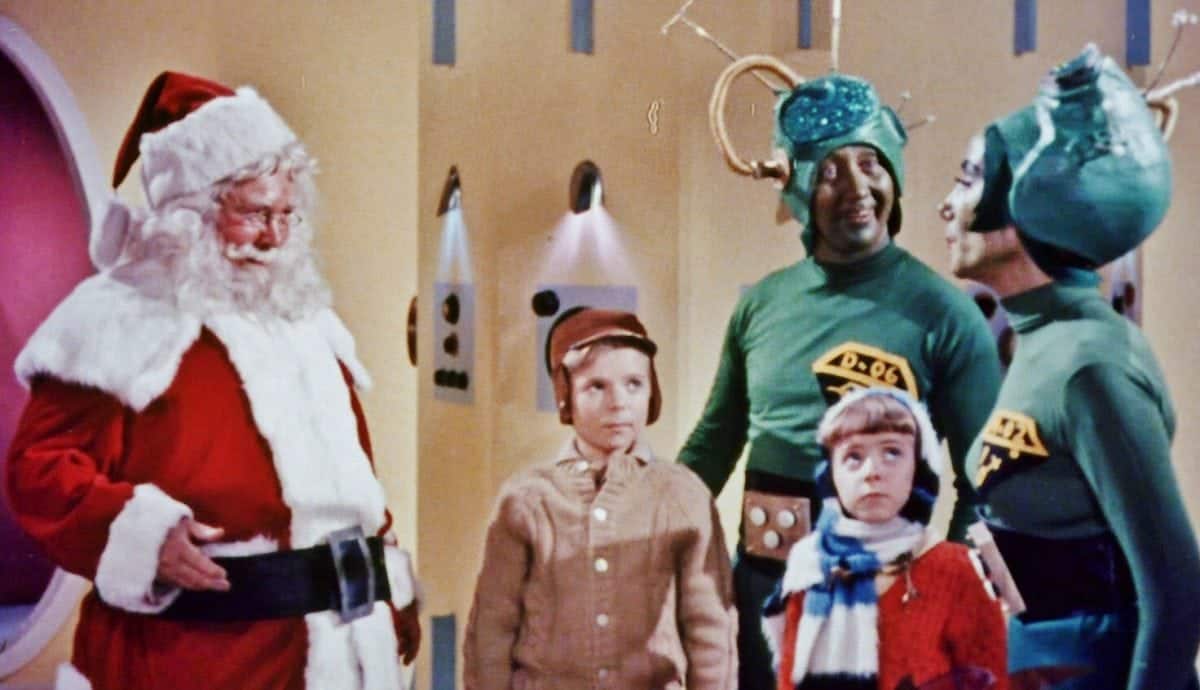 Most of my go to Christmas movies are the same as anyone else’s: It’s A Wonderful Life, Gremlins, Muppet Christmas Carol, Die Hard, Die Hard 2 (it’s underrated, and as much a Christmas movie as the first). Then there’s this. This is the Manos of Christmas movies: It’s terrible, has been on MST3K, and is great fun with or without Joel and the bots making jokes.

It’s an irresistibly silly title and, happily, Santa Claus Conquers The Martians lives up to it. Bomar and Girmar, the children of Kimar, the king of Mars and Momar, his wife, are unhappy and their parents can’t figure out why. It turns out they have been watching Earth TV programmes and, it being Christmas on Earth, they are sad that Mars has neither Christmas nor Santa. Ever practical, Kimar brings (read abducts) Santa to Mars, along with a couple of Earth children. Meanwhile, Kimar’s rival Voldar wants to ruin Christmas and take over the throne… I think.

The whole movie is as gloriously dumb as you’d think from that description. Voldar’s villainy is signified largely by his moustache and the closest he gets to a grand plan is rewiring the toy machine on Mars so it produces dolls with teddy bear heads and baseball bats combined with tennis racquets. He’s hardly a mastermind. It’s all very kid friendly and, in all honestly, your little ones might have fun with this movie while you giggle at the cheapness of the props (the Mars tech is all supplied by toy companies) and the dialogue (asked what month it is on Mars Kimar replies “It is the middle of Septober”).

The film’s Santa is amusing. John Call Ho Ho Hos his way through the part for all he’s worth, but sometimes his laughter comes off just a little bit creepy, which is hilarious. It’s also worth noting that Girmar is played by Pia Zadora who, some years later, would win both a Golden Globe and a Razzie for her role in Butterfly.

Santa Claus Conquers The Martians has plenty of Christmas cheer, it’s just perhaps not quite in the form its makers intended. Still, I heartily recommend it for a festive laugh.