by Guest Contributor
in Film, Science 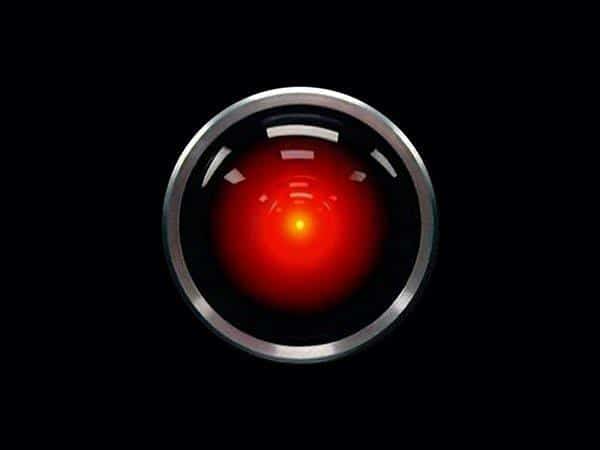 A real-life robot based on homicidal HAL 9000 – the most terrifying computer in movie history – has been created by scientists.

And it’s expected to go with astronauts to Mars – 50 years after the intelligent, self thinking machine joined the ill-fated mission to Jupiter in the movie 2001: A Space Odyssey.

The revolutionary system – inspired by director Stanley Kubrik’s cult classic – was able to manage a simulated planetary base for four hours, says the US team.

Designer Dr Pete Bonasso, one of the world’s top artificial intelligence experts, described it as HAL 9000 – “minus the paranoia and betrayal.”

Dubbed CASE, his team is already working with NASA to integrate it into future expeditions to Mars – and beyond.

They have set up simulated colonies – places where humans get together and pretend they are living on a distant planet or moon.

Dr Bonasso said: “We would like to devise a way for CASE to watch the activities of the
analog, memorise them, and thus learn the operations of such a base.

“Then, if CASE were deployed to the Moon or Mars, it would already have a good starting point for supporting a human crew.”

He said the HAL 9000 style computer can plan and manage activities for a planetary base and even have conversations with people – just like in the film. But it can’t turn go mad – and murder the crew, he insists.

HAL (Heuristically programmed ALgorithmic computer) 9000 has been voted the most evil robot in cinema history.

It was the ‘sentient’ computer that ran the crew’s ship, Discovery One – making an ambitious Jupiter mission possible for its six astronauts.

The scene when HAL becomes insane was hailed the most important moment in sci-fi history by a panel of experts.

Now as we look towards sending the first pioneers to Mars the idea of HAL is at the forefront of researchers’ minds.

In just 15 years NASA plans to put the first humans in orbit around the red planet – which will mean traveling farther from Earth than ever before.

Unlike moon-goers they won’t be able to rely on ground control for a quick fix. If something goes wrong, they’ll be up to 40 minutes away from getting a reply from Earth.

Dr Bonasso, senior consultant at Texas Robotics & Automation Centre Laboratories (TRACLabs) in Houston, which works for NASA and other government groups, saw 2001: A Space Odyssey in 1968 – the year of its release.

West Point, the New York military base where he was studying at the time, had only one computer which he programmed to shoot pool – virtually.

Fast-forward half a century and he has done just that – a prototype based on the legendary film ‘character’.

Dr Bonasso said: “When people ask me what I am working on, the easiest thing to say is, ‘I am building HAL 9000.'”

Called CASE (cognitive architecture for space agents) it’s composed of three key layers – with the first controlling the hardware such as hands and ‘camera’ eyes.

Dr Bonasso said: “HAL’s hands were the ship’s doors and robot arms –
its eyes were the inside and outside cameras, especially that big round iconic red one).

“CASE manages a simulation of a planetary base so it has control software for
life-support systems, power systems, and planetary rovers.”

The second executes procedures for carrying out routine activity which, for Earth-based humans, might be driving to work or doing a load of laundry.

CASE has procedures for connecting power to batteries, starting and maintaining oxygen-generation and carbon dioxide–removal systems, and charging and sending a rover to get a sample of planetary rock.

In the third layer, automatic planning software takes in the goals for the day – for example, change the air filters on the thermal control system and send two
crew out on a rover to get samples of a lake bed.

It also figures out the procedures to use to achieve these – and the order in which they should be carried out.

Dr Bonasso said: “Our planner not only selects and schedules the activities around the planetary base but also can automatically replan when problems arise such as gas leaks, broken motors or planetary dust storms.”

As well as many different visual displays it can even enter into conversations – just like HAL, reports Science Robotics..

Humans are able to ask questions, send commands and be warned about any impending problems thabnks to a language programme that transforms sounds into phrase patterns.

For example, the user could say, ‘Send the rover to the vehicle bay,’ and CASE would respond, ‘There are two rovers. Rover1 is charging a battery. Shall I send Rover2?’

Dr Bonasso said: “Alas, if you say, ‘Open the pod bay doors, CASE’, unlike HAL, it
will respond, ‘Certainly, Dave,’ because we have no plans to program paranoia into the system.”

It means HAL’S sinister one-liners like: “Just what do you think you’re doing Dave,” will remain in the realms of fantasy.

Dr Bonasso said: “CASE is a prototype. We have demonstrated it to manage a simulated base for about 4 hours, but much needs to be done for it to run an actual base.

“We hope to slowly, piece by piece, work CASE into one or more analogs to determine its value for future space expeditions.

“We also want to enlarge CASE’s knowledge base, particularly of actions and routines that would be carried out on a planetary surface.”