As Steven Spielberg’s latest feature film, The Post, makes its way onto our screens this week, the parallels that can be drawn between the story it tells and the current political landscape won’t be lost on anyone. Centring around the events which led to a war between the Nixon administration and a huge chunk of […] 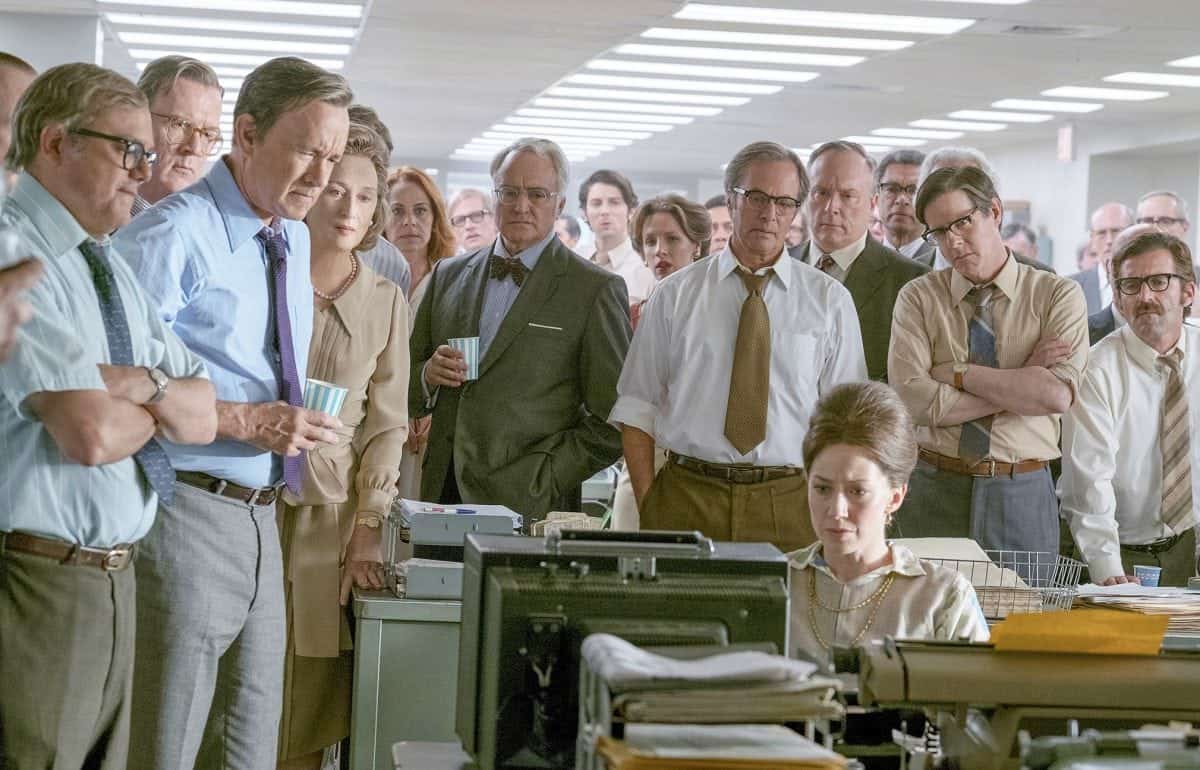 As Steven Spielberg’s latest feature film, The Post, makes its way onto our screens this week, the parallels that can be drawn between the story it tells and the current political landscape won’t be lost on anyone. Centring around the events which led to a war between the Nixon administration and a huge chunk of the American press, the film seems to deliberately play on our collective hankering for the golden age of investigative journalism, and rightly highlights the need for a free press at a time when the profession is under constant threat from those who seek to undermine it.

Staring Meryl Streep as Kay Graham, who became the first woman to head a major media outlet when she took over The Washington Post after the death of her husband, The Post is a prequel of sorts to Alan J. Pakula’s 1976 film All The President’s Men, in which a group of journalists from the publication played a huge part in bringing Nixon and his administration down in 1974.

The year is 1971, and while the war in Vietnam rages on without an end in sight, another conflict is taking place between the ubiquitous New York Times and its arch rival, the embattled Washington Post. As both publications compete for the heart and minds of their readers, The Times manages the coup of the century by enlisting the help of former US military analyst turned whistleblower Daniel Ellsberg (Matthew Rhys) in an attempt to unveil a huge cover-up relating to the Vietnam War. However, when the New York Times is subsequently gagged by The White House, the story is then picked up by The Post’s risk-taking executive editor Ben Bradlee, played beautifully by Tom Hanks. But first, Bradlee must convince Graham to go against her better judgment and publish the rest of the papers, risking the publication’s future and its publisher’s own social standing in Washington.

Writers Liz Hannah and Josh Singer tell a fairly conventional storyline, which despite being cliché ridden still manages to hit the right note by offering a brilliantly suspenseful, if not always very subtle narrative arc. Portraying Kay Graham as a waspish well-to-do matriarch, Meryl Streep manages to successfully depict a woman whose quiet determination played a huge role in standing up to a bullying, petulant president.

Spielberg does a genuinely impressive job in representing the era how, one suspects, he himself remembers it. His ability to fetishise print media in order to drive home the importance of what those men and women accomplished, is what makes The Post into one of the most heartfelt stories you’re likely to come across this year. By focusing the bulk of the storyline on Graham herself, the writers also manage to insert a great deal of topicality to the proceedings in light of the “Me Too and “Time’s Up” movements. While it isn’t quite clear whether the film is an accurate representation of those it choses to depict, it remains important to allow stories like these to be told at a time where truth is being lost in favour of the constant shouting from the sides. A genuinely thrilling piece of filmmaking, which more than delivers on its ambitious premise.