Serving as the kindling to start this year’s Christmas fire comes, from director Bharat Nalluri by way of Les Standiford’s non-fiction book of the same name, the charming, if somewhat slight, Man Who Invented Christmas; a chronicle of the story behind Charles Dickens’ beloved novel, ‘A Christmas Carol’. Finding fresh life in a tale that […] 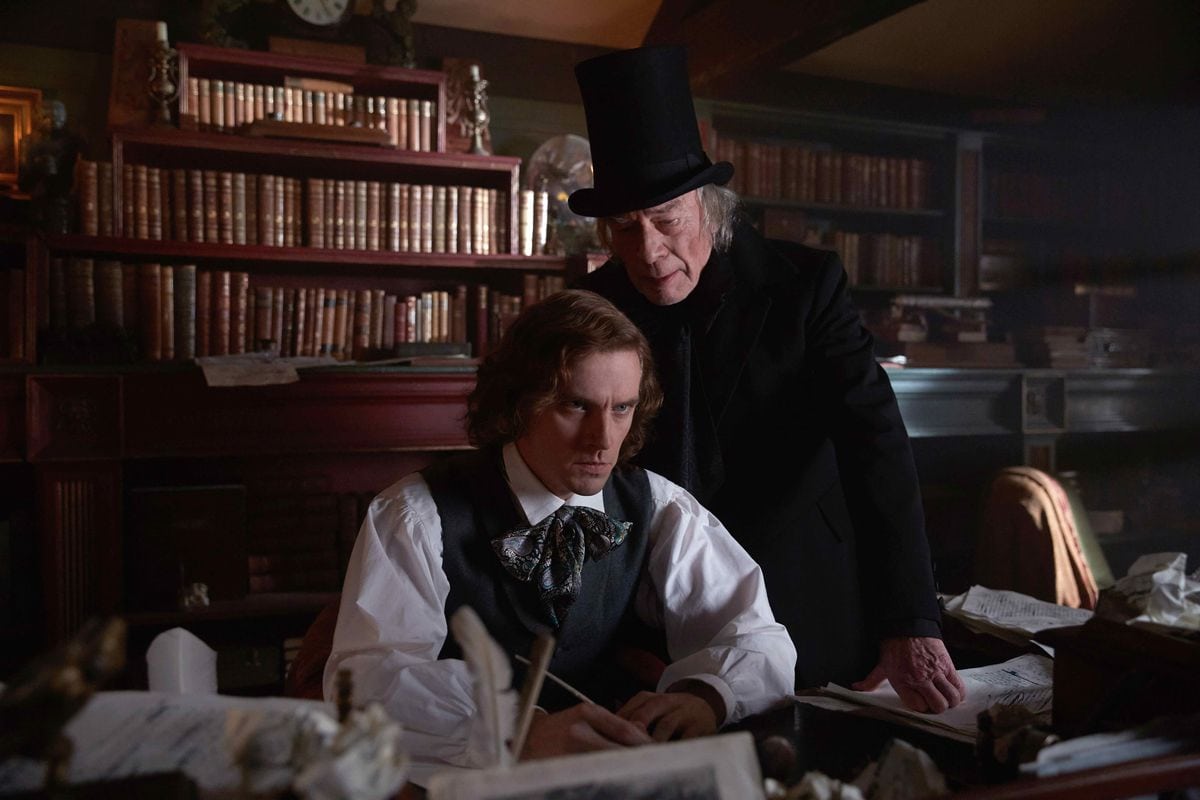 Serving as the kindling to start this year’s Christmas fire comes, from director Bharat Nalluri by way of Les Standiford’s non-fiction book of the same name, the charming, if somewhat slight, Man Who Invented Christmas; a chronicle of the story behind Charles Dickens’ beloved novel, ‘A Christmas Carol’. Finding fresh life in a tale that has been done to death on the screen, Nalluri avoids a straight retelling, and opts instead to pivot the narrative around the story’s conception.

Charles Dickens (Dan Stevens) has found himself in a spot of trouble. Following the failure of his previous three books, the author has fallen out of favour with the readers of his time. Having to borrow increasing amounts of money to support his growing family and the expensive renovation on his new, lavish London home, Dickens endeavours to write a new novel in six weeks, to coincide with the festive season.

Finding inspiration in fresh faced, Irish house maid Tara’s story of how spirits of the dead come out on Christmas Eve, the seed for Dickens’ tentatively titled “Humbug: A Miser’s Lament” is planted. And so we embark on a journey, travelling into the depths of Dickens’ mind as he sources material from the streets of London, muddles them together with his own past, and scratches them onto parchment.

The film brings to life Dickens’ process. When he stumbles into a funeral attended only by a lone figure who utters the phrase now synonymous with this greatest of Christmas works, “humbug,” the character for Scrooge is born; a pitch perfect performance by Christopher Plummer. Throughout the film, the rest of the characters that will come to inhabit his novel begin to populate Dickens’ life – their fictional existence taking up residence in his real world, following him through the streets of London, and crowding his study.

There is something to be said about Dan Steven’s interpretation of Charles Dickens. He injects the author with an energy and charisma that jumps between a frenetic mania as he struggles to meet the deadline, and a self-reflective tenderness that breathes new life into a character who could have very easily travelled down a more stiff, literary route.

Parts of The Man Who Invented Christmas are incredibly twee; the film flits between feeling like a TV-movie and something more cinematic, and the score is your run-of-the-mill Christmas fare – the kind of music pumped full of boisterous pomp, and sprinkled with twinkles that recall John Williams’ score from Home Alone. But there is a light-hearted charm to The Man Who Invented Christmas; it’s a film that’s comforting & spirited. And if you are willing to forgive its faults, it’s easy to let that warmth wash over you.