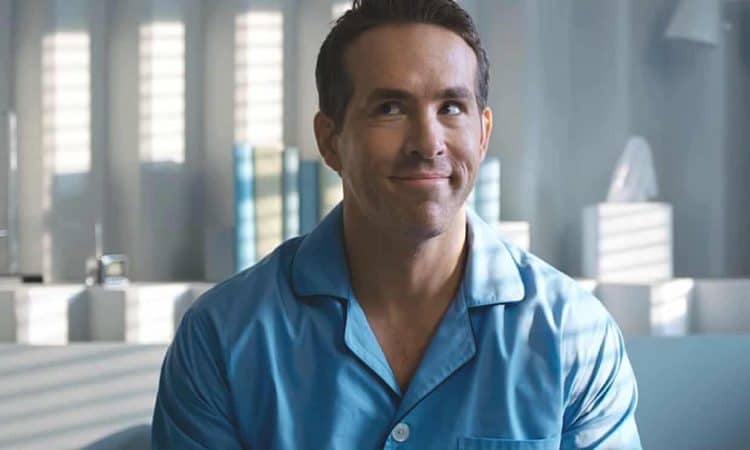 The ‘elevator pitch’ of Free Guy is an appealing one; a pleasant bank teller (Ryan Reynolds) in a major metropolis comes to the terrifying realisation that he is not actually real, but a non playable character (NPC) in a violent open world video game.

Developing this idea, Free Guy has an effective opening hour to the film, establishing what can be a complex idea, and contrasting Guy’s Groundhog Day meets The Truman Show existence with the dramas playing out in the ‘real world’. The film’s budget allows for a cartwheeling imagination inside Free City, the entire world often feeling like one continuous spectacular set piece.

These dramas outside of Free City itself are personified by Millie (Jodie Comer), who enters the game to try and prove that its code was stolen from her and soon becomes a love interest for Guy. However, as these elements become more complex and unbelievable the story starts to stretch to the point of exhaustion.

Free Guy tries to patch over this with comedy and Reynolds’ charm, both to increasingly diminishing effects. Scenes contrasting the real world gamers with their hyper masculine personas are both obvious and fail to land, most overtly in an extended scene involving Channing Tatum that just doesn’t connect at all.

This also extends to a pointless subplot and trite montages, in which Guy’s decision to become a ‘good guy’ to connect with Millie somehow becomes a worldwide sensation, even though he is, to stress, a character in a video game.

The broadness of the comedy (Guy’s jumping for a wrecking ball, guess the song that plays) is at odds with a lot of what Free Guy is trying to achieve. Being an NPC is supposed to be a miserable, fearful existence that motivates a desire to escape, yet they all seem pleasantly resigned to getting shot and robbed to the point that their world doesn’t seem any worse than ours. For a Grand Theft Auto style world that is pitched by developer/tyrannical overlord Antwan (Taika Waititi) the whole thing is just strangely bloodless.

That they are merely characters in a video game that seemingly cannot die also has an effect on stakes in ways that also brought my investment down in ways the same as Ready Player One and Wreck It Ralph 2. Being a viewer of a fictional film depicting the virtual world is often a disconnect too far. All three of these films also try and crush as much IP in there in an attempt at comedy that instead comes off as boastful. There was a voice telling me this wasn’t my thing, yet The Suicide Squad went for a similar knockabout humour as Free Guy to a much more effective degree.

It hurts to trash Free Guy, which is an original idea which comes with so much potential, yet I cannot ignore that for large stretches I wanted the ground to swallow me up as the film became self referential to the point of onanism.