McVey and her Philip Davies - a Tory MP - received a string of lucrative handouts from private firms between May and July. 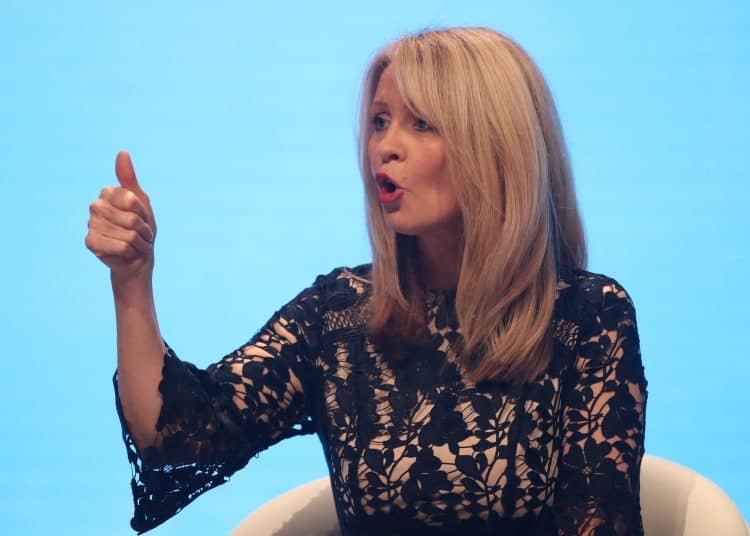 The duo declared freebies for football, tennis and horse racing events – as well as thousands of pounds worth of gifts courtesy of betting firms, the Daily Mirror revealed.

In the latest tranche of figures published by Parliament, it emerged that McVey – a former housing minister – accepted two tickets to the British Grand Prix at Silverstone from the circuit’s owners, each worth £2,950.

Both McVey and her husband Davies declared a free ticket and hospitality for Royal Ascot on 15 June, worth £750 from horse breeders Normandie Stud.

They also enjoyed a VIP day at Wimbledon on 2 July – worth £2,200 – and tickets to England’s victory over Denmark in the semi-finals of the Euros – at £3,457 each – courtesy of gambling giant Entain.

As many as 65 Tory MPs declared close to £160,000 worth of free tickets between May and July, compared to 23 Labour MPs, who declared just over £31,000 worth of handouts in the same period.

Tory MP Laurence Robertson declared the most of any individual MP – accepting £11,220.60 worth of freebies to Ascot, Sandown, Goodwood as well as a host of tickets to golf, cricket and tennis events.

In a statement, Liberal Democrats in McVey’s constituency criticised their MP for accepting gifts from gambling firms as the government undergoes a review of betting laws.

Tatton Liberal Democrats said: “For a politician who prides herself on being in touch with the working man and woman, and on the side of hard-working, honest citizens, it must have come as a major embarrassment for Esther McVey MP that she has been found out accepting freebies to two major sporting events in June, from a betting company, who are at the forefront of the gambling industry’s attempts to resist changes in the gambling laws.

“What would most of her Tatton voters and supporters not have given for a £3,457 ticket for the England/Denmark Euros quarter-final match at Wembley, or a £1,100 ticket and “hospitality” package for Wimbledon on July 2?”