If you’ve ever wondered what goes on behind the closed gates of big corporate farming companies, you might find the truth even more shocking than you could have imagined. In a new documentary feature titled Eating Animals which is set to open this weekend, director Christopher Quinn attempts to lift the lid on the barbaric […] 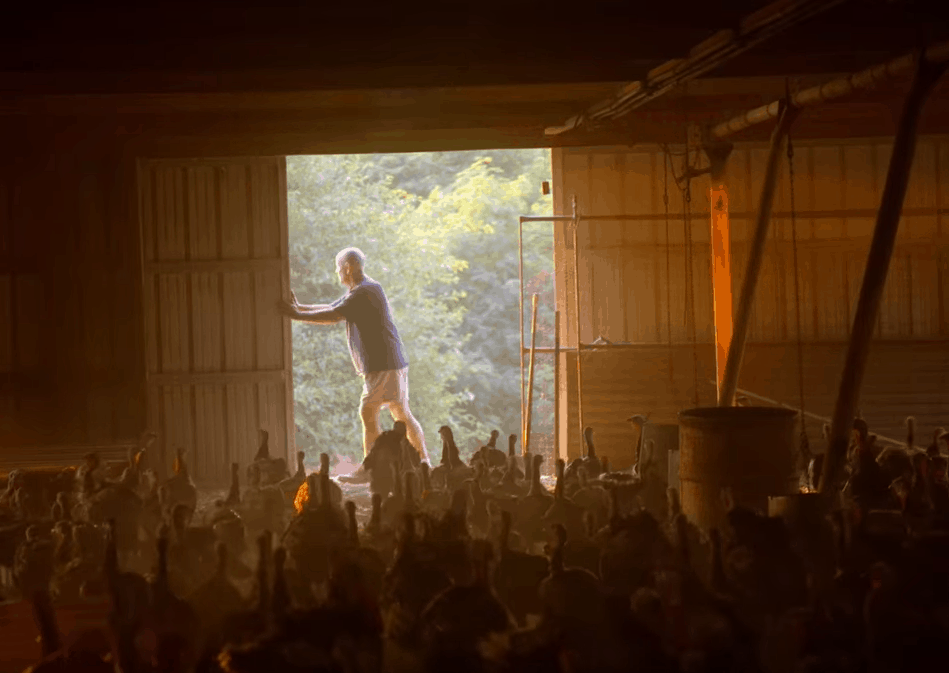 If you’ve ever wondered what goes on behind the closed gates of big corporate farming companies, you might find the truth even more shocking than you could have imagined. In a new documentary feature titled Eating Animals which is set to open this weekend, director Christopher Quinn attempts to lift the lid on the barbaric and secretive ongoings behind some of the biggest factory farming companies in the States and around the world.

Adapted from American novelist Jonathan Safran Foer’s 2009 book of the same name, Eating Animals is also produced by the founders of Twitter, Evan Williams and Biz Stone and is narrated by actor Natalie Portman, herself a vegan and renowned animal rights activist.

With the help of some heroic farmers, whistle-blowers and innovators standing up against the system, Quinn and his team attempt to inject some much needed transparency into an industry which appears to be primarily concerned with easy profit without much care for animal welfare or the small farming communities trying to make ends meet.

Nearly all the meat, eggs and dairy we eat come from the industrial farming system, with only a tiny minority of that coming from small organic outfits. The system in the UK might be severely broken, but one look at what is going on States-side should be enough for anyone to swear off eating meat or dairy for the rest of their life. And with the UK likely to be leaving the EU soon, it is more important than ever to examine what we are really letting ourselves in for if we start more food trades with America where health and welfare standards are far lower.

The system in place right now not only destroys our environment with the amount of waste, animal methane and chemicals being pumped into our rivers and lakes, but it also harms public health on a huge scale. And even if one is likely to put all of these things aside by chalking them down as a necessary collateral damage, it is hard to watch the harm being done to the animals themselves in the name of greed and profit.

Crammed into dirty, cold and overcrowded factories, these animals are often pumped with antibiotics, not because they are sick, but in anticipation of them becoming ill. The antibiotic are then transferred onto our own food chain, making them more and more obsolete against serious human infections. And that’s without the dangers of huge scale avian and swine flu epidemics which could literally wipe out half of the planet’s population if things carry on the way they are.

Christopher Quinn admits to having been radically changed when he first came across Jonathan Safran Foer’s book. In a statement to coincide with the release of his film, he says: “the writing hooked me from the start, because rather than shying away from the moral argument, it dares to place that firmly at the centre of the book and ask something of us” Quinn also adds: “Eating Animals boldly addresses the many points of view surrounding this issue. There is always an empathetic ear for everyone from the avid meat-eater to the most partisan animal rights activist and all those in between”.

What the film does brilliantly is that it allows those who are at the centre of this industry, the small farming communities, to finally blow the whistle on the way both them and their stock are being treated by people devoid of any scruples. The film also makes the important point of how decades of administrations, both Republican and Democrat, have failed to address the meat industry for fear of losing votes and financial support. Eating Animals also highlights the need for meat alternatives which could demonstrably improve our chances of saving the environment and our own health.

In all, Eating Animals makes for a sobering watch, and by the time you’ve sat through a quarter of it, you’ll either be thanking your lucky stars for being a vegetarian or you’ll become one on the spot.