Review by Leslie Byron Pitt The often main theme that is heard at the beginning and end of The Trust, is a welcoming and funky track but it does little to perk up the bland existence of this laborious heist film. The Trust opens with one of its main characters; David Waters (Elijah Wood) in […] 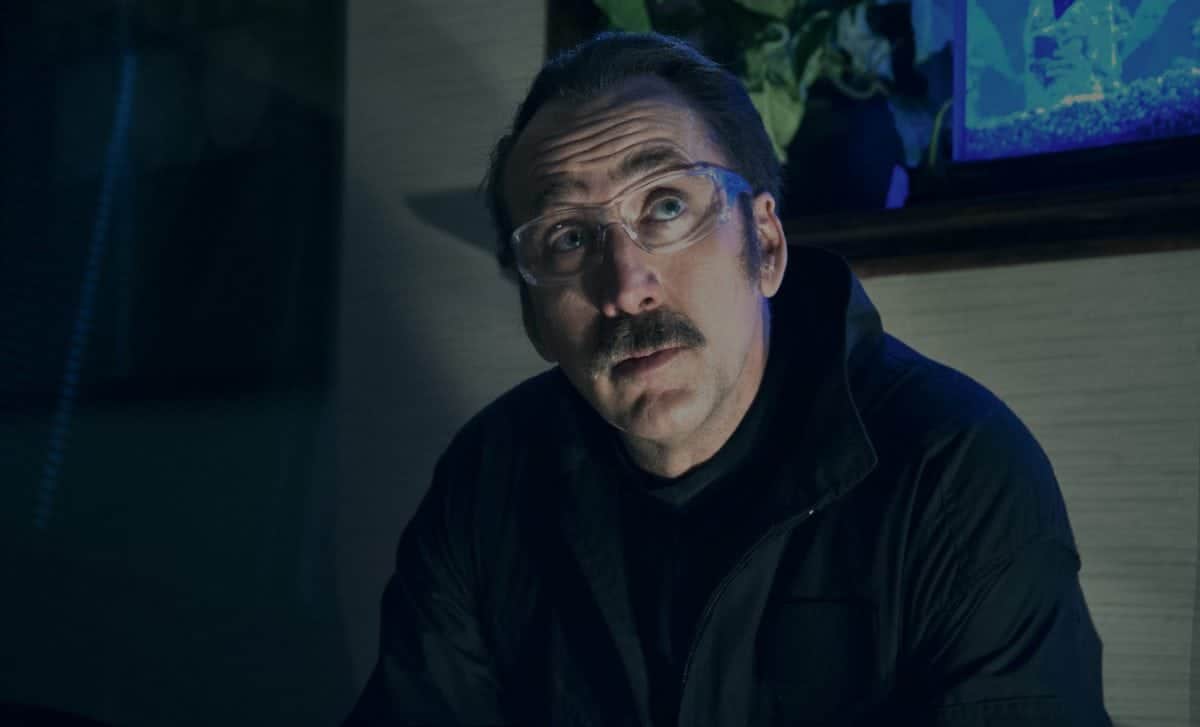 The often main theme that is heard at the beginning and end of The Trust, is a welcoming and funky track but it does little to perk up the bland existence of this laborious heist film. The Trust opens with one of its main characters; David Waters (Elijah Wood) in the middle of an act toneless, vapid intercourse with a faceless prostitute. It’s a moment that is meant to suggest the disengagement the character feels in his life but is annoying for reasons we’ll delve into later. The second most frustrating aspect of this sequence is how it’s actually a primer for just how mundane the rest of the movie actually is and how disinterested a viewer may become.
I guess many expect this sort of thing from a Nicolas Cage direct to video movie. The Trust, like so many latter-day Cage features, looks more like a means to an end, than a serviceable use of the movie stars’ talents. This drab “comedic” thriller has Cage’s Lieutenant Jim Stone stumbling upon a mysterious bail receipt which leads both Waters and Stone to discover an underground vault, which is likely to hold the answer to their money woes and humdrum lives. So far, so typical.

Films such as this, must clearly feel that obtaining a paycheque chasing Cage is a coup. It should be. Despite being viewed as an easy target of mockery; Cage’s performances still nearly always highlight a performer who is at least distinctive in his displays. Something that many films, genre trash or otherwise, is screaming out for. Cage may be a little out there and often cartoony, but you always get the feeling that you’ll get a consummate professional looking to make his character memorable.

This, of course, happens in The Trust. Cage’s bizarre emphasis on words and general honky tonk weirdness sticks out within a competently shot, yet unsurprising heist flick. One which does little to show a true connection between both Cage’s animated oddball and Wood’s impish straight man, but feels that the best thing to call itself is The Trust.

What’s actually remarkable is how such a movie represents women as dismissive, one-note cyphers. The aforementioned prostitute is also joined by a gaggle of timid screaming Asian women along with a sassy black receptionist joining the party. One that is hosted by the unfortunate Sky Ferreira notably credited as “The Woman” despite actually having scenes which are integral to the films uninteresting and unamusing plot. It’s easy to kick up a fuss about a larger movie generating a weak representation of gender and minorities. While never desired, there’s a sense of understanding of a blockbuster trying to reach as board an audience as possible and fail due to lack of definition. In smaller films, such disregard is a frustration. Smaller films often have more wiggle room to give even small support characters something to define them. Not here.

The Trust isn’t interested in such things. Then again it’s not really that interesting in general. Credit must go to the filmmakers for giving us an ugly, almost unrecognisable Las Vegas. Kudos should also go to both leads for giving it their all despite the film not really giving the duo a chance to really show any real chemistry. The Trust might pique the interest of one or two insomniacs needing to keep themselves occupied, or be something for those who have exhausted any other film options. But if that’s the case, I strongly urge you to dig into your favourites again.