Review by Leslie Byron Pitt The movie River involves a young American doctor (Rossif Sutherland) who doesn’t know when to stop, intervening a sexual assault while on sabbatical in Lao. His violent intrusion leads to the assailant’s body being found in the Mekong river the next day. This leaves the guilt-ridden doctor open to charges […] 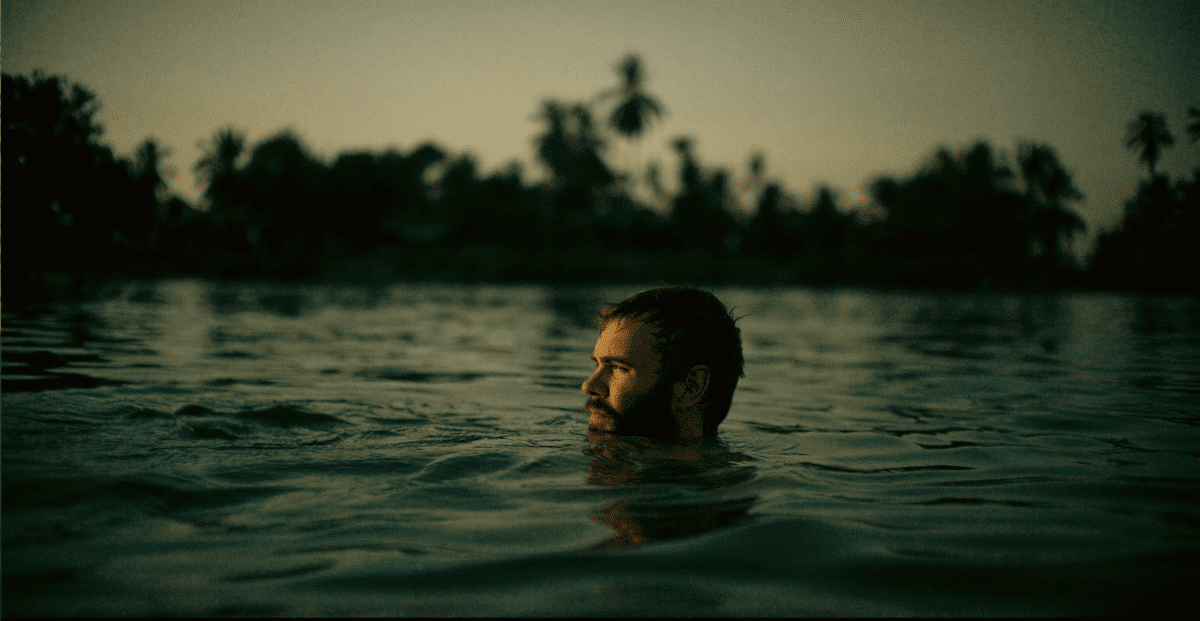 The movie River involves a young American doctor (Rossif Sutherland) who doesn’t know when to stop, intervening a sexual assault while on sabbatical in Lao. His violent intrusion leads to the assailant’s body being found in the Mekong river the next day. This leaves the guilt-ridden doctor open to charges of murder, causing him to make the decision to flee Thailand and look towards making it back to the U.S. What transpires is a beautifully shot, somewhat uneven affair with an ending that strives for something ponderous but does so at the negation of everything that’s happened.

There’s something to be said about the “Travellers in Trouble” sub-genre. They are often short, sharp and enjoyable tales. At first, River looks to almost set itself up as a “white saviour” piece, with its young, handsome American doctor interacting with local Asian patients in a way that could easy be considered as condescending. It’s often easy for films like this to make the local cast feel coincidental and/or primitive. River fumbles with this a few times before eventually slips into the low-key, well-paced thriller territory that is expected of its ilk.

Jamie M. Dagg keeps things simple and lean while still making sure that his debut feature holds a solid amount of detail to it. The film is a taut 85 minutes, but Dagg still manages to build on the story with effective insert shots. The juice splatter of an orange being hastily eaten. A simple shot of a rear view mirror hanging ornament swaying can indicate the nervous tension. Rossif Sutherland’s John is a flawed individual, but one you can easily connect with. His intervening may be righteous, but his predicament is purely of his own doing. Adequately displaying the problematic issue of the white knight. The film doesn’t go for grand set pieces but keeps a sufficient amount of tension for the most part.

It’s only when the film stumbles into its final third does the film fall over. River tries to reveal itself as a film about penance, yet it relies on a viewer to disbelieve the character’s previous actions. The films climax presents itself in a way that rings false and has you wonder if the reasoning on why everything transpired is really strong enough to hold everything together.

It must be said, however, that River is an effective thriller up until a certain point. Sutherland displays the same sort of presence which makes his father; Donald, such an engaging actor, while Dagg shows that he can handle understated and tense thriller, in an exotic location with little trouble other than some weak script work. It may not be perfect, but it is worth the effort.