Star Trek was in dire need of a reboot as book office returns dwindled with each new outing and in 2009 JJ Abrams did an admirable job bringing the series back to the forefront for a new generation. Sure, die hard Trekkies were frustrated at the lack of the philosophical edge the series was known […] 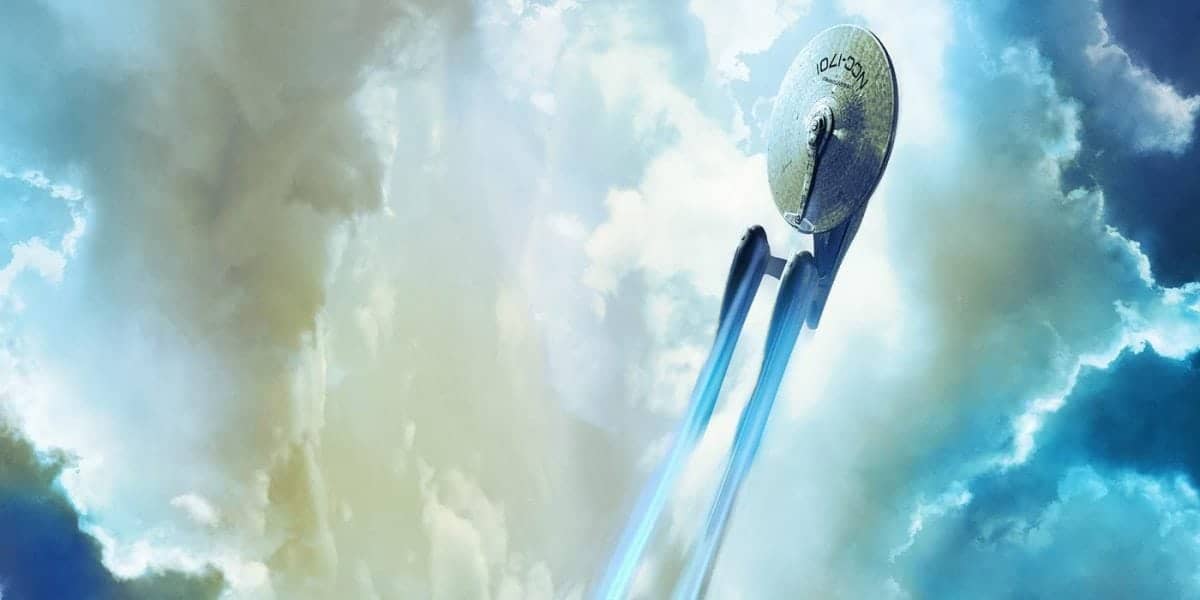 Star Trek was in dire need of a reboot as book office returns dwindled with each new outing and in 2009 JJ Abrams did an admirable job bringing the series back to the forefront for a new generation. Sure, die hard Trekkies were frustrated at the lack of the philosophical edge the series was known for but the balance of action and comedy made the series relevant once more.

After the middling Into Darkness, Abrams left to direct a small film you may have seen last Christmas and handed the reigns over to Justin Lin of Fast and Furious franchise fame. A self-professed Star Trek fan, Lin wanted to bring the edge back to the franchise that many diehards felt was missing. I’m happy to report that for the most part, he accomplished his mission. His direction is kinetic and grounded wherever possible considering the galactic nature of the series. He manages to successfully merge his Fast and Furious expertise with the visual motifs already put in place by JJ.

The script is written by Simon Pegg and it is by far the funniest of the franchise – unsurprising considering his comedy roots. Despite the time constraints against him when taking on the scripting job, Pegg takes a stellar shot at crafting a blockbuster with intelligence at its heart. The first act of the film deals with our two leads – Captain Kirk (Chris Pine) and Spock (Zachary Quinto) struggling with their destinies. Questions of fate, mortality and parentage are frequently brought up with both characters leaning towards leaving Starfleet to follow other pursuits. In fact, in these opening minutes I had strong emotions stirring – were we about to see the perfect amalgamation of Star Trek’s philosophical edge and the explosive summer action we’ve come to expect?

The additional crew are the standouts of the flick with Bones (Karl Urban), Scotty (Simon Pegg) and Sulu (John Cho) playing key roles in proceedings. Urban in particular steals the show with great one-liners and zingers playing out over the course of the movie – watch out for his on-going bromance with Spock. The controversy over the revelation that Sulu is in a gay relationship was totally unwarranted as the film deals with it deftly. Newcomer to the franchise Sofia Boutella plays Jaylah, an alien trying to survive on the same remote planet that the Enterprise crew are stranded on. Her story is reflective of the emotional struggle Kirk and Spock are experiencing and she provides the badass female the franchise has been desperate for.

Unfortunately we end up firmly in action blockbuster territory after the Enterprise crew head out into a Nebula to save a stranded crew. Upon their arrival they are ambushed by Krall (Idris Elba) and his high tech fleet, leading into an incredibly tense and gorgeous looking set piece. Hiding the most handsome man on earth in makeup is all well and good but Elba just doesn’t get much to do. Physical imposition aside, Elba is relegated to ‘generic nefarious bad guy’ and Krall’s plan is just nonsensical, overly relying on circumstance above cunning planning. There’s not much I can say about the character without falling into spoiler territory, but let’s just say that Elba gives his best but the villain is the let down of the piece. This is representative of the greater problems of summer blockbusters and a riveting villain is long overdue.

The visual effects are incredible with Double Negative finding another gear, providing incredible spectacle that somehow improves on the previous outings; in particular the new effect for warp-speed is beautiful and mesmerising. Unlike many effect heavy films, the visuals are well choreographed and easy to follow no matter how many ships are on screen at once. The sound design is impeccable as well and all the iconic Star Trek sound effects are present and Michael Giacchino continues to add new motifs to his wonderful score. This man is the true successor to John Williams and Danny Elfman. The film features the greatest ever use of a Beastie Boy track in a move destined to agitate every die hard Trekkie.

Despite the weak villain and third act, Star Trek Beyond is certainly the most fun I’ve had at the cinema all summer. Packed to the brim with jaw dropping visuals, a stellar cast and perfectly timed comedy, Justin Lin and Simon Pegg have done a great job crafting a sequel that is as close as ever to classic Trek whilst maintaining the course set by JJ Abrams in 2009.

In the current political climate we can all do with a shot of unabashed fun. This is certainly that.

Star Trek Beyond is released world wide on July 22.