Review by Leslie Byron Pitt Gabriel Ripstein’s minimalist 600 Miles has a naïve, young gun runner (Kristyan Ferrer) deciding that the best thing to do with an injured ATF agent (Tim Roth) is to take him hostage. It’s a novice mistake and one that many could only see happening in the fictional world that certain […] 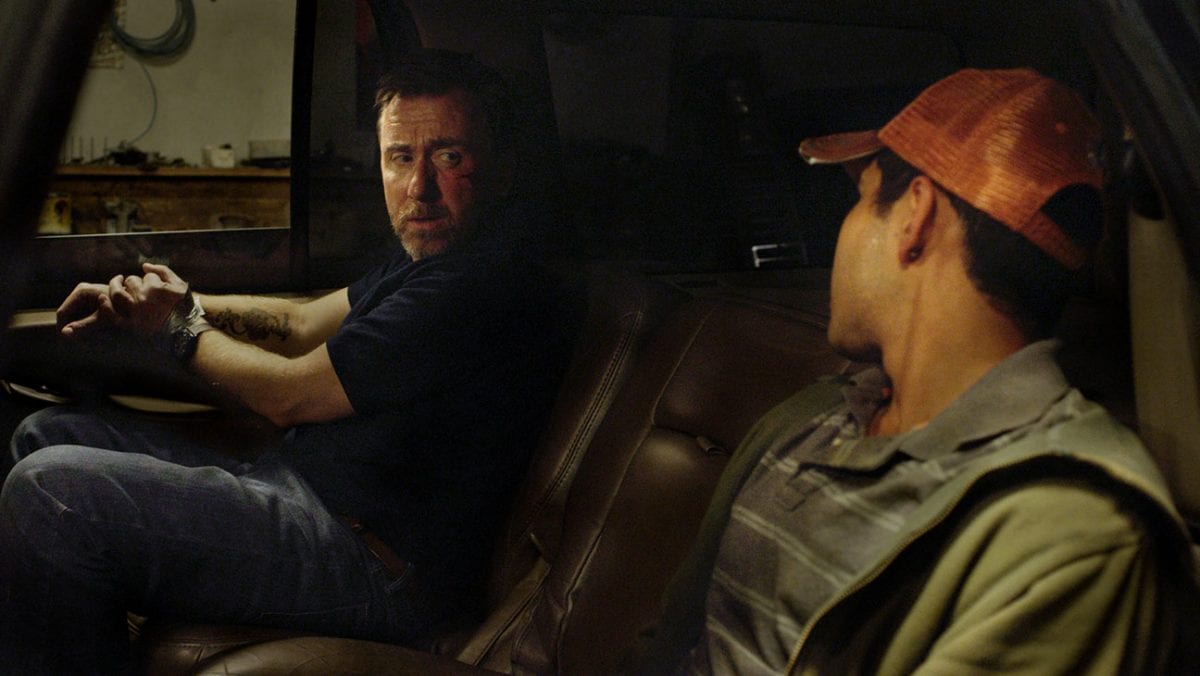 Gabriel Ripstein’s minimalist 600 Miles has a naïve, young gun runner (Kristyan Ferrer) deciding that the best thing to do with an injured ATF agent (Tim Roth) is to take him hostage. It’s a novice mistake and one that many could only see happening in the fictional world that certain crime films inhabit. That said, one thing Ripstein’s feature does well, it is illustrating just how green the young lead of the story is.  It’s a shame that little else holds much weight. Despite some wry observations, 600 Miles is a thriller that does little to thrill.

There’s a feeling that less is more here. The naturalistic cinematography, for instance, is often allowed to breathe with little in the way of edits or flashy angles to draw attention to itself. Snippets of dialogue hint at a disturbing reality. A youth wanders into a gun shop, strikes up a conversation about weaponary with the clerks and never once is his ages questioned. It’s only in the next moment when the same youth is purchasing cigarettes does an assistant ask for ID. It’s a small but troubling moment, which quietly suggests the ease in which crimes such as gun running take place. 600 Miles enjoys dropping these moments around its 85 minutes just to keep the mind ticking over.

Besides this, however, 600 does little to get the juices flowing. A lot of this comes down to character decisions that occur later on within the narrative. Decisions that highlight that despite the solid efforts from both Roth and Ferrer (the latter doing a lot to carry the film), their characters lack a certain amount of definition. Ripstein’s screenplay does well for setting up the film’s apparently shocking minimalist climax, yet the characters suffer from a second act which holds interaction that is not only unappealing but also hard to swallow.

As the credits roll, 600 Miles again makes distinct suggestions about America’s position by the boarder. In the era of Trump and his idea of his great wall, Ripstein enjoys placing the message that the world is far more complicated than is suggested on mainstream television. Unfortunately, by this time, you could lose your nerve with the film’s turgid pace and dubious choices. At no point is 600 Miles is suggesting it needs the heft of a film like Sicario. However, despite some wry underhanded moves, it’s not suggesting much else either.