★★★★☆ The dead know only one thing: it is better to be alive. Those words, uttered by Private Joker, in Stanley Kubrick’s 1987 Vietnam war film, Full Metal Jacket, echo in Mark Jenkins’ horror oddity, Enys Men. The Cornish director’s latest work is a committed avant-garde experiment, guided as much by Maya Deren’s Meshes of […] 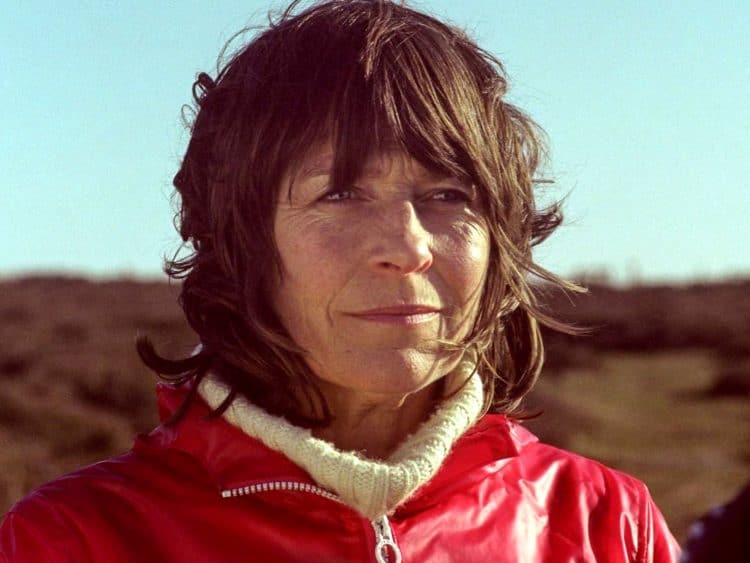 The dead know only one thing: it is better to be alive. Those words, uttered by Private Joker, in Stanley Kubrick’s 1987 Vietnam war film, Full Metal Jacket, echo in Mark Jenkins’ horror oddity, Enys Men.

The Cornish director’s latest work is a committed avant-garde experiment, guided as much by Maya Deren’s Meshes of the Afternoon (1943) and At Land (1944) as it is British classic The Wicker Man (1973), John Carpenter’s The Fog (1980) or Herk Harvey’s Carnival of Souls (1962). The 16mm stock used to produce the grainy look adds crucially to the febrile tone dominating the movie, as does the use of colour. A narrative puzzle, a game, a mystery, a patience-tester, the audience is invited to participate, if they so choose, in order to unravel the meaning – or meanings – embedded in the abstract storyline.

Jenkin’s doesn’t make it easy. This is bold and fearless stuff, interested more in heavy mood over logic. After all, horror is where logic can go to hell. It’s also a type of defiantly arty film that rarely gets funded anymore in Britain, so obsessed is the industry with replicating Richard Curtis romcoms for American audiences or making cultural necrophilia like Downtown Abbey.

Where Enys Men unfolds is key. Cornwall is the most isolated and economically deprived part of England, its language is ancient and it often doesn’t feel like part of England at all. A fascinating place, while it’s generally seen as a holiday destination for rich people with second homes, the true richness of the county lies in its local people, its surprising industrial history, its working class heritage, its folkloric traditions and mythology, its stunning and varied topography.

Enys Men (Stone Island, in Cornish) is a phantasmagorical frightener where past and present, personal and collective, nature and supernatural, collide and mix like watercolours. Set in 1973, ostensibly it features a woman (Mary Woodvine), a scientist perhaps, or a park ranger, who each day goes out to inspect a bunch of pretty flowers growing near a cliff face and takes notes on their behaviour and changes – if any. From there … that’s the challenge set, the opportunity to play detective presented.

If every frame boasts a stark but simple power, a meeting point perhaps between Cornish painter Alfred Wallis and traditional folk horror, the editing expressionistic and deliberately jarring, a tongue-in-cheek arthouse take on the jump cut, the sound design too is important, as it adds to the weird vibe permeating Enys Men. Radio crackles, blustery wind, roaring sea, the kinds of spooky sounds you hear in an empty old house and wonder if a ghost is going to appear any second, the sound and image combine to delirious effect.

Enys Men will be too darn odd for many, too much of an ask, and there’s something to legitimately criticise in its discarding of conventional narrative and using a cyclical style, but Jenkin is putting Cornish filmmaking on the map, replacing clichéd depictions seen mainly on television, and occasionally in movies, with a new and valuable authenticity.