★★★★★ Two young women – sisters – are walking in a woodland. One loses track of the other. She calls out, hoping to find her. Karim Aïnouz’s Brazilian melodrama begins with a mood of ill-ease beautifully complemented by high-contrast, soft focus, 16mm cinematography, lending the opening scene a dreamlike sense of portent or bad omen. […] 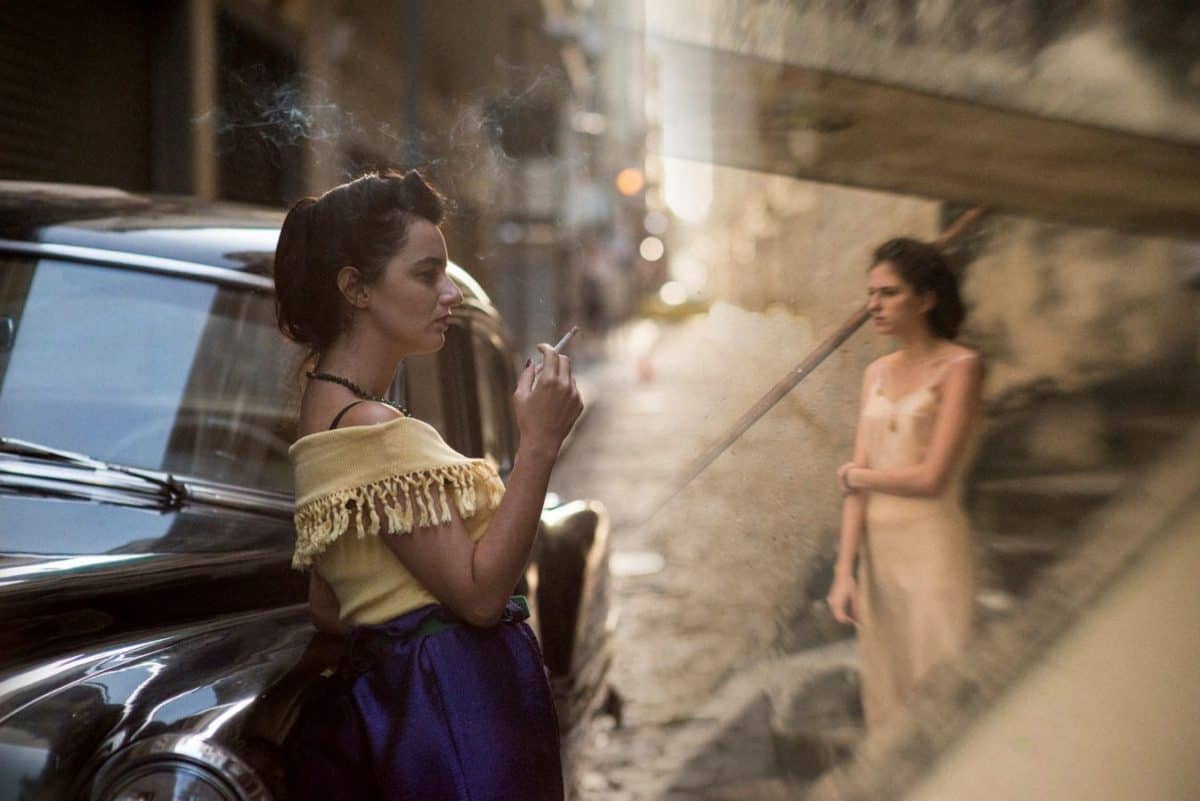 Two young women – sisters – are walking in a woodland. One loses track of the other. She calls out, hoping to find her. Karim Aïnouz’s Brazilian melodrama begins with a mood of ill-ease beautifully complemented by high-contrast, soft focus, 16mm cinematography, lending the opening scene a dreamlike sense of portent or bad omen. If your Spidey senses are tingling, in this regard, they’re accurate enough.

Set in 1950s Rio de Janeiro, Euridice (Carol Duarte) and Guida (Julia Stockler) are inseparable siblings. They tell each other everything and share such a rare bond, they’ve no need for other friends. Kindred spirits as well as relatives, the course of their lives is shattered forever when Guida, who believes in true love and romantic happy endings, carelessly runs off to Greece with a sailor she’s met in a bar. Returning home a year later, unmarried and pregnant, the father of the house disowns his oldest and tells Guida Euridice has left for Austria, where she is studying music and will never return to her homeland. This lie has profound and tragic repercussions for the sisters.

“Family is not love, it is blood,” Guida ruefully tells a friend she makes on the streets. Having no money and no home, she ends up dropping down into the world of the working class, finding employment as a cleaning lady and factory worker. Her spirit is indomitable and her father’s shame will not break her. Curiously, she shares with him a sense of pride and neither is intent on speaking to the other ever again. Euridice, meanwhile, isn’t living her dream life in Europe, she’s gotten married to a conservative-minded husband, who wishes she’d stop tickling the ivories and just on with being a housewife and mother. Both girls lead dissatisfying lives, but worst of all, they live them without each other.

The febrile, tropical visuals, grand storytelling set over decades and magnificent performances by Duarte and Stockler make Aïnouz’s film a special viewing experience and deeply affecting saga. The sense of time and place is free of cliché and stereotypical portraits of the Brazilian city. There’s not much joie de vivre to be had here or carnival spirit.

Cruelly living apart in the same city, the men folk in the sisters’ lives are oppressors out of cultural and chauvinistic tradition. They do not understand their desires and ambitions. Yet their bond and enduring love cannot be smashed, even when they are unaware of each other’s existence.

A film likely to leave you crying your heart out, wanting to call or bear hug your own brothers and sisters for hours (if you have them), The Invisible Life of Euridice Gusmao is a knockout. Vivre cinema!